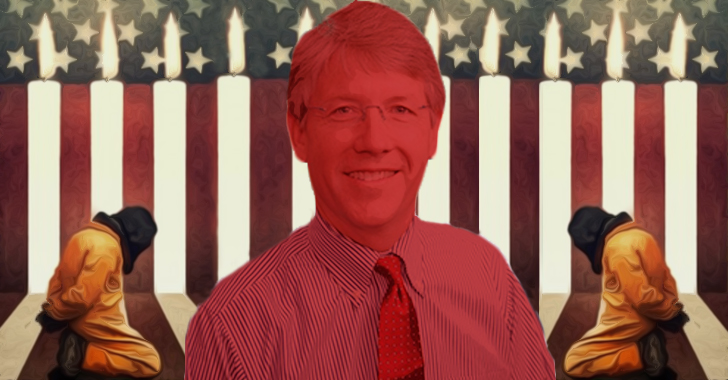 An alarming recent report revealed not only that prominent psychologists colluded with the Department of Defense and CIA to create a framework of justification for appalling and inexcusable torture, but the person heading that partnership was none other than Stephen Behnke, the Ethics Director of the American Psychological Association.

“The APA’s collusion with the national security apparatus is one of the greatest scandals in U.S. medical history,” declared a statement by Physicians for Human Rights (PHR) following the report’s release. That statement called for a full investigation by the Department of Justice over the APA’s actions—and inactions—that gave the Bush administration the greenlight for cruel and inhumane torture of the highest order.

The corruption of a health professional organization at this level is an extraordinary betrayal of both ethics and the law and demands an investigation and appropriate prosecutions,” implored PHR’s executive director, Donna McKay. “Rather than uphold the principle of ‘do no harm,’ APA leadership subverted its own ethics policies and sabotaged all efforts at enforcement.”

Acting in concert with DoD officials, the APA became the de facto “PR strategy” [read: propaganda campaign] that sanitized gross human rights abuses in order to “curry favor” with the DoD. Sleep deprivation, waterboarding, stress positions, and other forms of torture were both spuriously justified and allowed to continue through the creative editing and generalization of the very ethics standards that should have prevented any torture from taking place. According to the report:

[K]ey APA officials were operating in close, confidential coordination with key Defense Department officials to set up a task force and produce an outcome that would please DoD, and to produce ethical guidelines that were the same as, or not more restrictive than, the DoD guidelines for interrogation activities.”

The 542-page report, first obtained by the New York Times, resulted from seven months of investigation by a team headed by David Hoffman of the law firm Sidley Austin, at the request of the APA’s board.

Physicians for Human Rights summarized the “overwhelming evidence of criminal activity by APA staff and officials”—whose involvement is evidenced in the report by the following four key conclusions:

Hoffman’s report posits several motives—all with “organizational conflict[s] of interest”—that the APA had for its rather astonishing partnership:

[The] DoD is one of the largest employers of psychologists and provides many millions of dollars in grants or contracts for psychologists around the country. The history of the DoD providing critical assistance to the advancement and growth of psychology as a profession is well documented . . .

Further, the group of DoD and APA officials who crafted the laughable ethics policy actively dodged international law of the Geneva Convention, where its strictures were tighter than U.S. law. “[I] cannot take a stand opposed to the U.S. government,” said one. Even the APA’s president-elect called it “a ‘distraction’ to draw international law into APA’s ethics guidance.” This falls in line with President Bush’s outright rejection of the conventions following 9/11 as a deplorably whimsical way to land al-Qaeda and Taliban detainees in a “legal black hole,” as human rights groups and U.S. allies described it.

In a press release, former APA president Dr. Nadine Kaslow stated, “The actions, policies, and lack of independence from government influence described in the Hoffman report represented a failure to live up to our core values. We profoundly regret, and apologize for, the behavior and consequences that ensued.” Listing adopted and proposed strategies to prevent the possibility of a recurrence of such abhorrent ethics violations, Kaslow also admitted, “This bleak chapter in our history occurred over a period of years and will not be resolved in a matter of months.”

Resolved? For whom, exactly? PHR has called for the APA to change its policies for a full decade now—and has pleaded for a federal investigation for at least as long.

Despite the execrable abuses in the CIA torture report—the entirety of which hasn’t even been fully disclosed—one simple, and utterly indefensible, fact overshadows every new revelation.

Something that appears to be a minutiae from the torture report is, in actuality, a glaringly tragic prediction. One interrogator told a detainee that he would never go to court because, he explained, “we can never let the world know what I have done to you.”

But we do know. The entire planet knows.

And all those who suffered or died, enduring unspeakably heinous crimes at the behest of the U.S. government—know.

Yet no one—not a single person—has ever even been charged for their crimes.