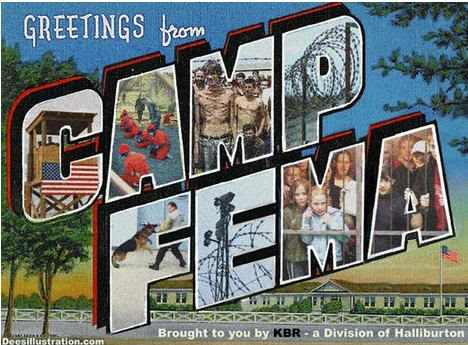 Former US General Wesley Clark went on MSNBC to promote detaining domestic ‘radicals’ or people ‘disloyal to the United States’ in internment camps for the duration of the war on terror.

The host asked Clark “How do we fix self-radicalized lone wolves, domestically?”

First, Clark cites people who lose a job or break up with a girlfriend as being especially dangerous. Next he tells us what he’d do to those who’re disloyal to the U.S. during the war on terror.

“In World War II, if someone supported Nazi Germany at the expense of the United States, we didn’t say that was freedom of speech. We put them in a camp,” Clark continued, “They were prisoners of war.”

“If these people are radicalized, and they don’t support the United States, and they’re disloyal to the United States, as a matter of principle, fine, that’s their right, but it’s our (the government’s) right and our obligation to segregate them from the normal community for the duration of the conflict. And I think we’re going to have to get increasingly tough on this.”

64 Comments on "Disloyal to the United States? Wesley Clark Wants to Detain You For Duration of War on Terror"