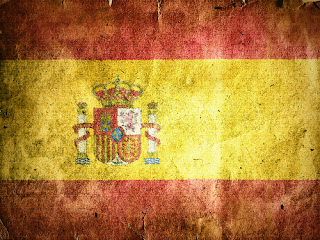 As the turmoil in Greece slowly yields (for now at least), it is important to remember that the small Eurozone nation is hardly the only one in the EU that is in trouble, both fiscally and socially. In truth, it seems that Europe as a whole can hardly contain itself, and you can strike sparks just about anywhere.

Europe is a fiscal mess with an aging population, ruled by a burdensome continent-spanning bureaucracy, and simmering with ethnic and cultural tensions that range in age from ancient to modern.

So while the media is busy dancing around Greece as if the future of Europe lies solely in their hands, stop and take a look around the rest of that continent. I think you’ll find that the Eurozone could unravel just about anywhere. But if I could pick just one vulnerable country, I think Spain would be at the top of my list of the most unstable nations in the EU.

They have numerous economic problems, including one of the highest debt-to-GDP ratios in the EU, and an unemployment rate that has exceeded 20% for many years now. In response to their fiscal and social woes, their government is rapidly spiraling into an despotic regime that hasn’t been seen since the days of Franco. Just last month the government handed down some of the most draconian free speech laws in the EU.

On June 1, Spain passed a law enacting fines of up to US$33,000 for peaceful protest and filming of police. Critics of what they are calling “the gag law” say it is a step back into dictatorship.

According to the New York Times, citizens under the new law can be fined the equivalent of almost US$700 for “insulting” an officer, and over US$33,000 for recording and disseminating images of law enforcement — which are most important and effective during instances of police brutality and abuse of power.

Peaceful protesters could face fines of up to US$664,000 for participating in an unauthorized protest outside government buildings.

Critics of “the gag law” have already begun civil disobedience by sitting in front of government buildings wearing gags around their mouth. “Fascism wants to gag the people,” one sign read.

For the past few years there has been an explosion of secessionist sentiments in the Catalonian region of Spain. This is a region that has its own culture, language, and shared history, that is unique from the rest of the country. But, more importantly, this region generates more economic activity and government revenue than any other in Spain. If there is any chance in hell for Spain to pay down its debt now, that chance is certainly gone if Catalonia forms its own nation.

Last November, an informal poll was conducted in Catalonia (against the wishes of the central government of course), which found that roughly 80% of the population would support secession, and a significant number of local officials have backed the movement. Granted, the poll was somewhat biased since those who were against it, actively boycotted it, and some residents were allowed to vote despite the fact that they probably wouldn’t be allowed to during a real vote. But even if you adjusted for those numbers, you’d still find that millions of Catalonians want to break free. It’s hard to say what percentage of the population supports secession, but neither a majority nor a minority would be out of the question right now.

In response, Spain has made it plain that they will not, under any circumstances, allow Catalonia to leave. It doesn’t matter if a clear majority of their citizens vote to support it, or if their local elected officials back it. They won’t let them form their own nation.

But this independence movement is moving forward with their goals, regardless of the veiled threats they receive from Madrid.

Last Friday the coalition of pro-independence parties in Catalonia announced a single list of candidates for regional elections scheduled for Sept. 27. They include the two main parties’ leaders, Artur Mas (Catalonia’s current premier) and Oriol Junqueras, as well as the leaders of the two grassroots movements Ómnium Cultural and the Catalan National Assembly. Also included on the list as a symbolic candidate is Pep Guardiola, the popular former coach of Barcelona Football Club and fervent Catalan separatist.

If the pro-independence coalition wins a majority of seats in September’s elections, it has pledged that it will unilaterally declare national independence within six months. Adding fuel to the fire is a new report just out from the Brussels-based Centre for European Policy Studies that concludes that not only would the Catalan economy benefit from untethering itself from Spain, but the region would make a perfectly viable nation state – at least at an economic level.

I actually wrote about this movement nearly a year ago, just before the Catalan Self-Determination Referendum was conducted. In the article, I quoted a Spanish Military officer who explained how Spain’s constitution supposedly treats secession movements.

Spain is an indissoluble nation. In case of threat of fracture or separatism, according to article 8 of the Spanish Constitution, we have to guarantee the integrity of the territory. Therefore, it is our opinion that we have to declare a state of war or siege.

And that right there is the real reason why Spain is turning into an Orwellian nightmare right now. All of these jackbooted measures can be easily explained through the context of Article 8 of their constitution. The government has interpreted that to mean that they can do anything necessary to preserve their country, including the suppression of a secession movement. They won’t admit why they’re doing it now, but if the secession movement is successful, these measures will be a precursor to a full-blown crackdown, which may include military force.

Along with Greece, Spain is yet another nation that has both a history of civil war from recent memory, and the potential for a new war in their future. And as for the EU, they’re busy playing Whac-A-Mole. They can’t suppress one problematic country without another flaring up. Time will tell how long Brussels can keep their crumbling economic union together.

4 Comments on "Cracking Up and Cracking Down: Spain is Bursting at the Seams"