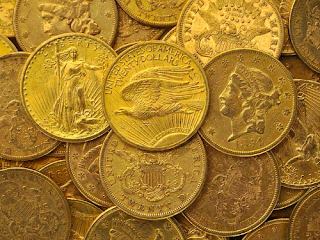 A little over two weeks ago, a source within the US Mint announced that sales of their silver eagles had grown to the point that the Mint was running out, and would have to suspend all orders for several weeks. This claim was later officially confirmed by the US Mint, and ZeroHedge noted how strange it was that demand for physical silver was peaking at a time when the price was falling to record levels. They also added that other precious metal sellers like the GoldCore, BullionVault, and the UK Royal Mint were also experiencing an unprecedented demand for physical gold, but at the time this was easily attributable to the economic crisis in Greece.

But now it’s not so easy to make that claim. The US Mint has made another incredible announcement. Their gold has been flying off the shelves lately, and they haven’t sold this much since April of 2013, which totaled 210,000 ounces. When Reuters mentioned this fact on Wednesday, the mint had sold 110,000 ounces. Just two days later ZeroHedge mentioned that their sales had grown to 143,000 ounces for July. At this rate, their gold sales may match their previous record by the end of the month.

And all of this happened on a day when the gold price reached another 5–year low. Supposedly lower demand is driving the price down, but there’s clearly an increasing demand for the physical metal. When something as simple as supply and demand doesn’t add up, it’s time to question the legitimacy of the forces responsible for setting the price.

2 Comments on "As Prices Drop, Gold Sales Explode at US Mint"