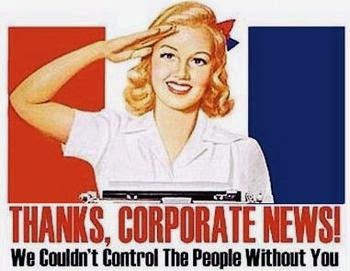 If you have any questions about the lying, cheating, thieving criminals in Washington DC, simply spend the next 8 minutes watching this “bureaucrat” squirm in his chair with guilt. Can you say crocodile tears? I knew you could. Be sure and allow the “hysteria” being whipped up over the measles to drive your car to the nearest inoculation center and have all your family injected with a serum that permanently changes your body chemistry.

It seems the criminals in charge are doing what they do best; lying about a situation, blowing it out of proportion and parading an endless line of idiots across the TV screen to give “credibility” to their claims. Anyone who believes that the cocktail of vaccines, flu shots and other injectibles that are currently being passed around are healthy and good for your family – go ahead guinea pig, just leave me and my family alone and DO NOT demand that I participate in ANY program administrated by lying, cheating, stealing criminals.

Why the current push regarding an immunization that only works in some cases?

From what I have read, including here, here and here, that measles death is a rare occurrence and measles vaccine kills just about as many people as the actual virus. It’s really pretty simple. So, what does uninformed, brain-dead mother of three have to say? Arrest them all, and FORCE their families to inject drugs into their system that may kill them.

But please don’t take my word for it, allow the head of the Swine Flu program in 1976 to explain it all, in true “sell the lie” form, to you and be sure to pay close attention to the body language, as that is where the true communications are speaking the loudest.


People are dying from these injections and the people running the programs know this. They know these injections cause permanent damage to the body, mind and spirit. It is all kept under lock and key at the CDC in Atlanta, because if you knew the truth you would begin to question every aspect of these criminals’ actions.

CBS “60 MINUTES” documentary on the swine flu epidemics of 1976 in the U.S. It went on air only once and was never shown again.

In this stunning video interview done by Mike Wallace, you will hear that:

1) The CDC did NOT test the actual vaccine that ultimately went to 46 millions Americans (X-53).

2) The vaccine killed hundreds of people and permanently maimed/injured several thousands in America.

3) The public was NOT warned about the possible permanent neurological sicknesses that could result from taking the shot.

4) The CDC knew that the shot was dangerous but did NOT put this information on the waivers that people would sign before getting the shot.

5) The entire vaccine campaign was ordered and started BEFORE any confirmed case of swine flu was actually found.

6) The actual only confirmed flu case that was deadly (and this is dubious since the soldier refused a sick bed order), was one soldier who had the flu and collapsed on a forced march, all other soldiers, four of them, were back to normal within days without getting a shot.

7) The CDC freely used the names of well-known movie stars without their permission to launch the campaign successfully, including Mary Tyler Moore.

8) Mary Tyler Moore did NOT take the shot, although the CDC said she did. She wisely said “NO” because she suspected it was not healthy. Her doctor ultimately agreed.

9) Dr. Sencer, head of the CDC at the time, ordered the campaign as well as the advertising for it, and not once was any danger mentioned in any of the literature!

10) The CDC LIED to the public to sell a vaccination campaign, and Mike Wallace nailed the head in this interview, as Dr. Sencer is left squirming in his chair! [Source]

Say kids, you ready to run down to the local “health department” or “quick care” and get the latest and greatest vaccine? Ice cream for everyone who goes!!! How sick are these animals running our country? The sad part is that it’s not really the criminals at the top, but the minions, like this butt-face, actually doing the dirty work and then defending their actions and policies before the world. What chance do we have when we have people that are sick enough to only consider their paycheck when making decisions that affect the entire population of a country?

Be the first to comment on "Operation Mockingbird – Swine Flu Epidemic, 1976"