Lower oil and gas prices may keep the economic illusion going for a bit longer in America, but it also may quicken the collapse.

Many people assume economic collapse will happen in one dramatic moment; a flash crash of the stock market, or massive failure of the dollar, for example. While these events are certainly possible and mathematically probable, major crashes are already taking place across the economy.

The crashing oil price is indeed part of the collapse.

Perhaps the best indicator of economic activity is gasoline sales which have plummeted in the United States by around 66% in just the last six years. The U.S. went from a two-decade average of about 60 million gallons a day in sales to below 20 million gallons a day following the 2008 financial collapse. (see chart below)

Interestingly, gas prices remained high in the U.S. during this period of declining sales. Thus the recent drop in oil prices could be viewed as a “correction” powered by the law of supply and demand. But that would mean the price of oil was an engineered bubble not based on supply and demand prior to this collapse? More on this in a moment.

The chart above also exposes the huge disconnect between actual economic activity and the fake stock market highs. And it’s important to note that gasoline is far more inelastic to the economy than other goods and services. In other words, people need gas, they don’t need ebooks, Big Macs, or flat screen TVs.

Granted, gas conservation has improved measurably and a larger portion of the economy happens in the digital realm instead of the physical world. Still, if the stock market was a genuine measure of the economy, its chart would more closely resemble the one above instead of showing the polar opposite.

The stock market clearly doesn’t reflect that consumer confidence plummeted to a five-month low in November, or that consumer debt appears maxed out. This year’s Black Friday sales are reportedly off by 11% over last year’s weak holiday numbers that they blamed on the Polar Vortex. Retailers were already laying off workers and closing stores in massive numbers prior to this holiday season. And Amazon, who captured much of the market share from brick-and-mortar retailers, just deployed an army of robots to do that kind of work. Even McDonald’s and Burger King are retreating for the first time and minimum wage laws will likely speed up their decline.

Bottom line: The real economy is not getting better and a lot more jobs are going bye bye, folks. 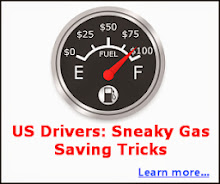 If we are to believe that the law of supply and demand caused the recent crash in oil prices, the same could happen to consumer goods, real estate, vehicles and so on since the demand for those items is clearly weakening while unsold inventories continue to build up.

It seems that in the age of mass financial manipulation, supply and demand mean very little for price (value) discovery. But supply-and-demand is a natural law constantly pulling like gravity, that can only be broken temporarily, and with great effort.

I posit that the Federal Reserve directly caused this oil crash when it curbed Quantitative Easing in October. Quantitative Easing is basically an ongoing bailout of insolvent commercial/investment banks where the new money was largely used to prop up asset prices (stocks, commodities, real estate, etc.). Many analysts assumed that the tapering of QE would cause stock prices to crash which hasn’t happened yet. They weren’t wrong. It’s just that the collapse of asset values back to reality is beginning with oil instead of stocks.

Incidentally, lower prices means a stronger dollar, but it’s not a healthy sign if the only thing propping it up is weak domestic consumption. Lower prices may be great for the debt-free consumers who’re gainfully employed, people on fixed incomes, or for banks who are flooded with dollars, but not so great for people with debt. Paying off yesterday’s inflated debts with tomorrow’s harder-to-come-by dollars could cause severe austerity in a debt-based economy.

Curiously, a more valuable dollar comes at a time when nations around the world are dumping petrodollars as fast as the Fed is printing them to prop up its failed financial system. Dollars should be worth less, not more.

The oil crash is more about boosting demand for dollars rather than demand for oil.

When demand goes up for dollars, it will cost more to get dollars. It will give the Fed a much-needed excuse to raise interest rates in the near future. However, increasing the cost of money when real economic activity is slowing could be disastrous and speed up the economic collapse.

This is what a world reserve currency and monetary system looks like in its death throes.

Be the first to comment on "Will Crashing Oil Prices Prevent Economic Collapse or Speed It Up?"