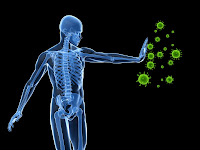 Readers know, from my many articles about Ebola, that I’ve stated the following:

I see no clear evidence that the Ebola virus has ever been removed and isolated from a human being;

The standard diagnostic tests (antibody and PCR) which are done to determine the presence of the virus are unreliable and useless.

I see no clear evidence that the Ebola virus exists.

And to clarify: the burden of proof is on those researchers that claim the virus does exist. They were the ones who trotted out the assertion to begin with. I didn’t.

Do not assume that the electron microscope pictures we see are actually of the Ebola virus. Photos can be made of other material (not Ebola) and mistakenly or intentionally mislabeled.

I have already made a FOIA request to the CDC for unequivocal evidence that the Ebola virus has ever been isolated from a human being.

I now make a wider and deeper request:

Whoever you are, if you have proof that the Ebola virus exists, make it known.

Post the evidence online, for all to see and analyze, and send me a link. (Don’t send me an attachment.)

Don’t waste time by parroting official reports or claiming that people becoming ill and dying are proof that Ebola exists.

I’m quite willing to say the virus exists if I (and the people I enlist to help me) see undeniable evidence.

Understand one thing: with this article, I’m taking the “Ebola issue” to a level never debated by conventional government-associated researchers.

They see a bandwagon and they jump on it.

This will involve, for example, an examination of methods by which a person can conclude a virus exists. Is a given method reliable? Is it relevant? Is it widely accepted, but for no good reason?

Let’s put some cards on the table.

Be the first to comment on "Does the Ebola virus exist?"