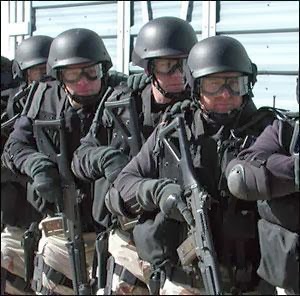 On par with Stalin’s farm collectivization program of the 1930s, Monsanto’s push (to the tune of $8.8 million in lobby bribes in 2008 alone) for the Food Safety Modernization Act is already achieving the nightmares of its worst critics.

Introduced in 2008 by Congresswoman Rosa DeLauro (D-CT) as HR-875, the reworked FSMA was signed into law in January 2011 by President Obama. DeLauro’s husband, Stanley Greenberg, served as a consultant to Monsanto through his strategic political consulting firm, Greenberg Quinlan Rosner Research. (GQRR also advised Tony Blair and Bill Clinton during their campaigns.)

Nothing in FSMA addresses the food safety issues of pesticide residue, genetically modified crops, or food miles (which increase the chance of spoilage). But FSMA requires all commercial farms to test the streams used to irrigate their crops.

“The 1,200 page act was designed to put small family farms out of business,” explains Michael Tabor in a recent Farm-to-Consumer interview. “Most farmers irrigate their fields from nearby streams. Now those streams have to be tested on a weekly basis.”  At $87.50 per testing, this increases the cost of doing business by $5,000 a year.

Biotech crops and chemical farms get a free pass for polluting our land, air and water table, while downstreamers are required to prove their streams aren’t contaminated. How’s that for a Catch-22?

Extra paperwork and unannounced on-farm inspections by federal regulators, backed by armed personnel, interrupts the workflow and harasses small family farms. Yet, the minute additional paperwork involved in labeling GM foods is “too expensive” for the biotech industry, or so we’re told.

What a terrifying experience it must be for a farmstead to be raided, while armed agents hold you and your children hostage as they destroy your product which has sickened no one.  But that’s exactly what is happening to the natural food industry.

They’re treating produce as a high risk food; are they out of their freakin minds?  No, they’re not.  They’re systematically criminalizing organic farms and gardens, through the use of bureaucratic rules.

Falling in lockstep with the feds, cities across the nation are banning residential gardens and criminalizing charity.  Feeding the homeless is considered a nuisance, while church bake sales and community picnics are also being criminalized across this once-free nation.

Criminalizing the means for people to feed themselves is a sure fire way to achieve globalist aims of reducing human numbers.

Another scary feature of FSMA is that even though its rules are still under public comment (until Nov. 15, 2014), armed inspectors are already arriving at private farms demanding access to the farmer’s employees as well as the barns, lots and pens.

Tabor knows of three surprise inspections that, despite assertions to the contrary, do not have any FSMA authorization because the inspection rules have not yet been finalized.

The intrusion of federal inspectors… a man or woman who really doesn’t know anything about farming, has gone thru training, but comes onto a farm and is going by the book, and demands that you stop what you’re doing, you show them your farm and you comply with the Act, which you might or might not know much about…. So, you’re subjecting yourself to an overseer.

The feds do not have this authority and that they think they do – simply because they passed another in a long line of police state acts – does not bode well for family farmers in the US.

More importantly, he points out, the one area of small farming that is a growth industry is the very niche that FSMA seeks to regulate: the sustainably-produced market.  No dictatorship wants people to be self-supporting, successful entrepreneurs.

Tabor asks why we need federal intrusion over something humans have done for 150,000 years, without government regulations: feed ourselves and share our food.

With guns drawn, Stalin’s forced farm collectivization resulted in the starvation of millions of people – historians estimate that figure between 7 and 20 million.  With guns drawn, local, state and federal agents continue to raid natural food stores and the farms that supply them, seizing and destroying their products, though no one was sickened by them.

In the US, it’s physically dangerous and economically risky to produce food outside the toxic industrial food system.

Rawesome Food owner James Stewart, a 65-year-old businessman who had never been arrested in his life, was deposited in a Los Angeles County Jail cell with an overflowing toilet.  Raw sewage can kill people much faster and more violently than tainted lettuce or milk.  His complaints to the guards were ignored, as if they wanted him to eat shit and die. See this two-part interview here and here.

Farm and food freedom advocate, Sue Wallis, a Wyoming legislator, died suddenly last week of “unknown causes” at the age of 56. Nationally known for her humane and utilitarian advocacy of horse slaughter, she remained a strong proponent of food freedom, repeatedly, yet unsuccessfully, introducing legislation to allow direct farm sales with few restrictions.

Clearly, the US government intends to protect the most dangerous and toxic food source while driving the smaller food farms out of business.  The goal of the industry-owned federal government is for genetically modified crops to capture 100% market share.

We can assume that “modernization” means enabling corporate ag to siphon profits off the 10% market share it doesn’t already capture.