It’s been one of the worst years for gold in a generation. A flood of outflows from gold ETFs, endless tax increases on gold imports in India, and the mirage (albeit a convincing one in the eyes of many) of a supposedly improving economy in the US have all contributed to the constant hammering gold took in 2013.

Perhaps worse has been the onslaught of negative press our favorite metal has suffered. It’s felt overwhelming at times and has pushed even some die-hard goldbugs to question their beliefs… not a bad thing, by the way.

To me, a lot of it felt like piling on, especially as the negative rhetoric ratcheted up. Last year’s winner was probably Goldman Sachs, calling gold a “slam-dunk sale” for 2014 (this, of course, after it’s already fallen by nearly a third over a period of more than two and a half years—how daring they are).

This is why it’s important to balance the one-sided message typically heard in the mainstream media with other views. Here are some of those contrarian voices, all of which have put their money where their mouth is…

1. Marc Faber is quick to stand up to the gold bears. “We have a lot of bearish sentiment, [and] a lot of bearish commentaries about gold, but the fact is that some countries are actually accumulating gold, notably China. They will buy this year at a rate of something like 2,600 tons, which is more than the annual production of gold. So I think that prices are probably in the process of bottoming out here, and that we will see again higher prices in the future.”
2. Brent Johnson, CEO of Santiago Capital, told CNBC viewers to “buy gold if they believe in math… Longer term, I think gold goes to $5,000 over a number of years. If they continue to print money at the current rate, I think it could be multiples of that. I see a slow steady rise punctuated with some sharp upward moves.”

3. Jim Rogers, billionaire and cofounder of the Soros Quantum Fund, publicly stated in November that he has never sold any gold and can’t imagine ever selling gold in his life because he sees it as an insurance policy. “With all this staggering amount of currency debasement, gold has got to be a good place to be down the road once we get through this correction.”

4. George Soros seems to be getting back into the gold miners: he recently acquired a substantial stake in the large-cap Market Vectors Gold Miners ETF (GDX) and kept his calls on Barrick Gold (ABX).

5. Don Coxe, a highly respected global commodities strategist, says we can expect gold torise with an improving economy, the opposite of what many in the mainstream expect. “You need gold for insurance, but this time the payoff will come when the economy improves. In the past when everything was falling all around you, commodity prices were soaring out of sight. We had three recessions in the 1970s and gold went from $35 an ounce to $850. But this time, gold is going to appreciate when we start getting 3% GDP growth.”
6. Jeffrey Gundlach, bond guru and not historically known for being a big fan of gold, came out with a candid endorsement of the yellow metal: “Now, I kind of like gold. It’s definitely very non-correlated to other assets you may have in your portfolio, and it does seem sort of cheap. I also like the GDX.”
7. Steve Forbes, publishing magnate and chief executive officer of Forbes magazine, publicly predicted an impending return to the gold standard in a speech in Las Vegas. “A new gold standard is crucial. The disasters that the Federal Reserve and other central banks are inflicting on us with their funny-money policies are enormous and underappreciated.”
8. Rob McEwen, CEO of McEwen Mining and founder of Goldcorp, reiterated his bullish call for gold to someday top $5,000. “We now have governments willing to seize their citizens’ assets. We now have currency controls on the table, which we haven’t seen since the late 1960s/early ’70s. We have continued debasement of currencies. And the economies of the Western world remain stagnant despite enormous monetary stimulation. All these facts to me are bullish for gold and make me believe the price will bounce back relatively soon.”

9. Doug Casey says that while gold is not the giveaway it was at $250 back in 2001, it is nonetheless a bargain at current prices. “I’ve been buying gold for years and I continue to buy it because it is the way you save. I’m very happy to be able to buy gold at this price. All the so-called quantitative easing—money printing—by governments around the world has created a glut of freshly printed money. This glut has yet to work its way through the global economic system. As it does, it will create a bubble in gold and a super-bubble in gold stocks.”

And then there’s the people who should know most about how sound the world’s various types of paper money are: central banks. As a group, they have added tonnes of bullion to their reserves last year…

10. Turkey added 13 tonnes (417,959 troy ounces) of gold in November 2013. Overall, it has added 143.6 tonnes (4,616,847 troy ounces) so far this year, up 22.5% from a year ago, in part thanks to the adoption of a new policy to accept gold in its reserve requirements from commercial banks.
11. Russia bought 19.1 tonnes (614,079 troy ounces) in July and August alone. With the year-to-date addition of 57.37 tonnes—second only to Turkey—Russia’s gold reserves now total 1,015 tonnes. It now holds the eighth-largest national stash in the world.
12. South Korea added a whopping 20 tonnes (643,014 troy ounces) of gold in February, and now carries 23.7% more gold on its balance sheet than at the end of 2012.”Gold is a real safe asset that can help (us) respond to tail risks from global financial situations effectively and boosts the reliability of our foreign reserves holdings,” said central bank officials.
13. Kazakhstan has been buying gold every month, at an average of 2.4 tonnes (77,161 troy ounces) through October. As a result, the country’s reserves have seen a 21% increase to 139.5 tonnes from a year ago.
14. Azerbaijan has taken advantage of a slump in gold prices and has gone from having virtually no gold to 16 tonnes (514,411 ounces).
15. Sri Lanka and Ukraine added 5.5 (176,829 troy ounces) and 6.22 tonnes (199,977 troy ounces) respectively over the past year.
16. China, of course, is the 800-pound gorilla that mainstream analysts seem determined to ignore. Though nothing official has been announced by China’s central bank, the chart below provides some perspective into the country’s consumer buying habits. China ended 2013 officially as the largest gold consumer in the world. Chinese sentiment towards gold is well echoed in a statement made by Liu Zhongbo of the Agricultural Bank of China: “Because gold has capabilities to absorb external economic shocks, growth of its use in the international monetary system will be imminent.” 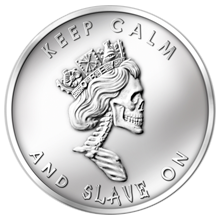 17. Goldman Sachs proved itself to be one of the biggest hypocrites: while advising clients to sell gold and buy Treasuries in Q2 2013, it bought a stunning (and record) 3.7 million shares of GLD. And when Venezuela decided to raise cash by pawning its gold, guess who jumped in to handle the transaction? Yes, they claim the price will fall this year, but with such a slippery track record, it’s important to watch what they do and not what they say.
18. Société Générale Strategist Albert Edwards says gold will top $10,000 per ounce (with the S&P 500 Index tumbling to 450 and Treasuries yielding less than 1%).
19. JPMorgan Chase went on record in August recommending clients “position for a short-term bounce in gold.” Gold’s price resistance to Paulson & Co. cutting its gold exposure, along with growing physical gold demand in Asia, were cited among the main reasons.
20. ScotiaMocatta’s Sunil Kashyap said that despite the selloff, there’s still significant physical demand for gold, especially from India and China, which “supports prices.”
21. Commerzbank calls for the gold price to enter a boom period this year. Based on investment demand from Asian countries—China and India in particular—the bank predicted the yellow metal will rise to $1,400 by the end of 2014.
22. Bank of America Merrill Lynch, in spite of lower price forecasts for gold this year, reiterated they remain “longer-term bulls.”
23. Citibank’s top technical analyst Tom Fitzpatrick stated gold could head to $3,500. “We believe we are back into that track where gold is the hard currency of choice, and we expect for this trend to accelerate going forward.”

None of these parties thinks the gold bull market is over. What they care about is safety in this uncertain environment, as well as what they see as enormous potential upside.

In the end, the much ridiculed goldbugs will have had the last laugh.

We can speculate about when the next uptrend in gold will set in, but the action for today is to take advantage of price weakness. Learn about the best gold producers to invest in—now at bargain-basement prices. Try BIG GOLD for 3 months, risk-free, with 100% money-back guarantee. Click here to get started.