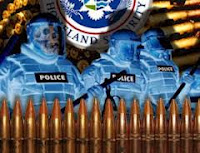 Way back in the 1970s headlines around the world screamed that we were entering another ice age. Global cooling had kicked in, as it does from time to time, and scientific knowledge all those years ago could not explain why.

Of course the ice age didn’t arrive. Actually the world started warming, as it also does from time to time. This time scientists were adamant they knew why. Global warming and, what’s more, it was our fault; we, the humans were causing it. They even gave it a new name, anthropogenic global warming, AGW for short.

AGW was never going to go away, it was destined to get worse and worse. Governments called meetings about it, protocols were drawn up. The Intergovernmental Panel on Climate Change was born. Green energy was forced onto us, carbon taxes squeezed our pockets via higher domestic fuel bills but we took it, we were saving the world.

Scientists and politicians alike joined the collective, voicing concerns about the future of the planet, how the seas were going to rise, and island nations would be overwhelmed. Some, such as Al Gore, produced films so frightening that they caused school children to have nightmares. An Inconvenient Truth in my opinion distorted the science to a huge degree, but that’s for you to make up your own mind about.

Then, in the late 1990s something odd happened. Global warming vanished entirely…it morphed into climate change. Being the terrier that I am I couldn’t let it go, why change the name? Well I’ll tell you, they had to. They had to because the planet wasn’t warming, it was cooling…again, as it does from time to time…

It would be difficult to ‘sell’ global warming in a cooling world so they changed the title to climate change. It really was that simple.

The climate cycles between warming and cooling with irregular regularity. It’s an irregularly timed cycle, but that cycle occurs on a regular basis regardless of the time between the change from warming to cooling.

The climate scientists now have the knowledge to know this, science has come a long way in 40 years. The problem is science is expensive, grants are required to keep the labs running. These grants come from the governments who perpetuate the fallacy of a warming world, even though they no longer call it that. As a result, many scientists say what they are told to say.

As I said, warming and cooling is a cycle, a natural cycle, it has always happened and will continue to happen. How much it warms and cools can indeed be influenced by other things, such as man burning fossil fuels or natural occurrences such as the length and strength of solar cycles and volcanic gas releases.

It has been known for sometime that even small and moderate volcanic eruptions can counteract the effects of global warming to a degree. Obviously the larger the amount of gases blown up into the stratosphere, the greater the mitigating effect. Should a supervolcano like Yellowstone start erupting, the consequences would be catastrophic. It was a similar event in 1815, when Tambora erupted, that lead to a global temperature drop the following year. Crop failures and cold killed hundreds of thousands.

Sulfur dioxide in particular rises up to the stratospheric aerosol layer where it undergoes chemical changes and forms particles that reflect sunlight back into space instead of allowing that heat to reach the surface of the Earth.

During the past 15 years there has been a major uptick in volcanic activity, and there is no sign of activity slowing down. In fact, things may be set to get much worse with scientists naming Laguna del Maule in Chile a possible supervolcano.

Our government, just like all the other governments in the West know that it’s going to get cold, very cold.

I am not saying that we will wake up tomorrow and find an iceberg off the coast of California. I’m saying that there is going to be a return of conditions much, much colder than we are used to.

The Little Ice Age started in the 13th century and ended in 1870.

If a government knew hard times were coming why would they not warn the people?

If they knew that crop yields would fall substantially, and people would be going hungry, would it not make good sense to tell people to prepare?

Obviously not. Instead, our government is introducing more and more measures that curtail our freedoms. They are building camps and stocking up billions of rounds of ammunition.

They know that global cooling is going to cause food shortages and hardship, and they prepare for it by attempting to take our guns and stockpiling ammunition to use against us.

They know without a shadow of a doubt that hungry people will fight for food, and they are making sure that they are prepared for that.

So why not tell us? Why not warn the people?

I’ll tell you. It’s because they WANT us to be unprepared. The bulk of American citizens have no stockpiles of food, fuel or clothing. The government is aware of this. By allowing ‘nature to take its course’ they can achieve the massive reduction in population they desire. They can fulfil their Agenda 21 targets.

The camps will house those that will be re-educated, taught to run the essential facilities required to keep the country going. The FEMA camps are a thin disguise for labor camps; work equals food. The minions will do this under the guidance of the irresponsible, government-paid scientists who have been guaranteed a place on the Camp FEMA Ark.

As for the rest of us, well they don’t care as long as we can’t shoot back.

Be the first to comment on "DHS Ammunition Stockpiles: Ready for the Food Riots Caused by Global Cooling"