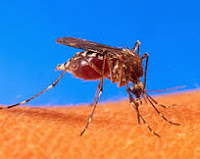 Biotechnology company Oxetec has applied for permission to carry out a GM insect trial in Spain.

The aim of the trial is to reduce an olive tree pest by releasing male flies with a ‘female killing gene’ inserted into them. Providing the GM bugs outbreed the natural bugs the population of the pest would be reduced.

This is not the only trial Oxetec is involved in. They, along with other companies, have released genetically modified mosquitoes in an attempt to reduce the mosquito population in the country.

Helen Wallace from Genewatch, the organization that monitors genetic modification technology, had this to say:

We also don’t think it’s a very effective technology, these flies are not sterile. They will produce offspring and those female offspring are programmed to die at the larval stage, which means there will be lots of GM maggots in these olives.

She also pointed out that the modified insects could introduce unwanted effects like pesticide resistance which could spread into the wild insect population bringing bigger problems than currently exist.