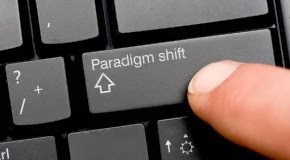 The Occupy Movement recently celebrated its second anniversary with very little fanfare leaving many to wonder where all the activists went. It seems they, and many anti-establishment activists, are vacating the system rather than occupying it.

Progressives may call it the “sharing economy” while Libertarians may refer to it as Agorism –  a “society in which all relations between people are voluntary exchanges by means of counter-economics, thus engaging in a manner with aspects of peaceful revolution.”

Whatever it’s called, together, they’re opting out of the current socioeconomic matrix and creating a new alternative economy where trading occurs peer-to-peer and increasingly without government-issued currency.

Websites like Ebay and Craigslist first made it possible for individuals to sell things or offer services online. Then there was Elance to sell our skills and Freecycle to recycle unused items. And now there are new services that allow users to sublet their stuff; like AirBnB which allows you to rent out a room in your house, Lyft for car pooling or Relay Rides to rent out your car for an hour, or Snap Goods to rent out idle tools or anything else.

In addition to “sharing” stuff, people are shunning banks by using crowdfunding and peer-to-peer lending platforms for raising capital, and digital currencies like Bitcoin are enabling the under-the-table sale of a swelling number of goods and services.

It’s also important to acknowledge the growth of passionate silver barterers, who exchange goods and services for silver coins, and the explosion of local food co-ops, which should be considered part of the same movement to opt out of the broken corporate-government system and they’re similarly expanding due to the internet. Local Harvest allows small farmers to sell blueberry pies nationwide or pair up with local customers for cowshares or farmshares.

The Economist describes this movement as follows:

Just as peer-to-peer businesses like eBay allow anyone to become a retailer, sharing sites let individuals act as an ad hoc taxi service, car-hire firm or boutique hotel as and when it suits them. Just go online or download an app. The model works for items that are expensive to buy and are widely owned by people who do not make full use of them.

Tarun Wadhwa of the Singularity Hub writes “The growth of the “sharing economy,” a loosely defined term generally referring to the internet-enabled peer-to-peer exchanges of goods, has brought with it a shift in the way we think about consumption. Its rise has been fast, and loud. What started with a few enterprising individuals willing to let complete strangers sleep in their homes and use their possessions has now developed into a formidable economic force that threatens to upend several different industries.”

This new decentralized economic model is an obvious threat to the command-and-control economy.  It’s shifting billions of dollars out from traditional industries undermining government regulation and tax collection. As such, governments are clamoring to regulate voluntary person-to-person barter.

Authorities claim that these services are in some way unsafe and must be regulated. Yet as the Economist video above explains, surprisingly few cases of fraud are reported.

What’s more, Wired points out that reputation is replacing regulation in the peer-to-peer economy and is proving to be much more effective:

By making both product and trader quality instantly transparent, this approach reduces the risks that often lead to market failure. It also provides a first digital safeguard against much of what regulators aim to protect consumers from.

After all, profit is a much more powerful driver for quality than regulatory compliance. If your last customer – one who has been vetted by others and has built reputation credibility – complains about the hygiene levels of your shared lodging, your future business prospects on Airbnb are pretty bleak.

The technology for transaction-by-transaction feedback from buyers and sellers provides more than enough trust for participants to be comfortable without oversight by government regulators. This fact makes any attempt by authorities to disturb this market seem protectionist or extortionist.

The PEERS video above does a nice job explaining this new economy from a personal perspective, however the organization was founded by some establishment figures who are calling for “smart regulations”.

Why do we need any regulations for volunteering at a garden cooperative or choosing the best childcare provider as recommended by our peers? Surely any possible dispute could be handled within the community or a civil court, right? Additionally AirBnB and Relay Rides offer insurance to mitigate foreseeable problems. As such, this market is rendering government regulations obsolete.

There may be many different motivations for those participating in this marketplace, but activists seem to all agree, as Buckminster Fuller said, “You never change things by fighting the existing reality.To change something, build a new model that makes the existing model obsolete.”