He promised. He lied. He exceeds the worst of his predecessors. On June 19, Obama chose the Brandenburg Gate. It was hermetically sealed off to protect him.

He spoke behind thick bullet-proof glass. About 4,000 got to attend. They were handpicked to avoid embarrassment. More on his speech below. It wasn’t an “Ich bin ein Berliner” moment.

Kennedy’s visit was eagerly awaited. Around 120,000 massed to hear him. They did so on June 26, 1963. They cheered him in front of the Schoeneberg Rathaus (City Hall).

He came to support West Germany. Observers called his speech one of his best. It was a notable Cold War moment. It was a high point of his New Frontier.

Beyond that frontier are uncharted areas of science and space, unsolved problems of peace and war, unconquered problems of ignorance and prejudice, unanswered questions of poverty and surplus.

He hoped to eradicate what Michael Harrington called immorality and injustice. He said it’s “intolerable (for) the richest nation in human history (to) allow such needless suffering.”

He authorized collective bargaining rights for federal employees. He launched a pilot program to train and help youths find employment.

He signed into law the most comprehensive farm legislation since 1938. It expanded rural electrification, soil conservation, crop insurance, farm credit, and more.

He supported Palestinian rights. He deplored Israel’s nuclear weapons program. He once said he wanted “to splinter the CIA in a thousand pieces and scatter it to the winds.”

He opposed imperial wars. He supported rapprochement with Soviet Russia. He wanted Cold War hostility ended. He told a 1963 American University that nuclear weapons should be abolished. He hoped “general and complete disarmament” would follow.

In September 1961, the Arms Control and Disarmament Agency was established. Its mandate was “plann(ing), negotiati(ng), and executi(ng) international disarmament and arms control agreements.”

Historian Theodore White said Kennedy got more progressive legislation enacted than any time since the 1930s. Obama’s waging war to destroy it.

All free men, wherever they may live, are citizens of Berlin, and therefore, as a free man, I take pride in the words ‘Ich bin ein Berliner.’

“Freedom has many difficulties,” he said, “and democracy is not perfect But we have never had to put a wall up to keep our people in, to prevent them from leaving us!”

I know of no town, no city, that has been besieged for eighteen years that still lives with the vitality and the force and the hope and the determination of the city of West Berlin!

He ended the way he began, saying:

All free men, wherever they may live, are citizens of Berlin. And therefore, as a free man, I take pride in the words ‘Ich bin ein Berliner!’

Many Berliners deplore Obama. So do growing millions worldwide. He’s more enemy than ally. He spurns peace. He’s waging multiple direct and proxy wars. He threatens humanity in the process.

He spies illegally at home and abroad. He governs ruthlessly by diktat. His kill list decides who’ll live or die. He appointed himself judge, jury and executioner.

Berlin was under virtual siege when he arrived. City airspace and Tegel Airport were closed. Streets were cleared for his motorcade to reach city center.

Thousands of police were deployed. Manhole covers were sealed. Snipers manned rooftops. Bomb-sniffing dogs patrolled. Security zones were off-limits. Numerous streets were closed. Life was disrupted for many during his stay.

German commentators say he failed “to bridge a growing gap between the countries.”

Obama spent 24 hours in Berlin. On Wednesday night, he left. His rhetoric failed to overcome serious shortcomings. They’re too appalling to ignore. German commentators were immune to his “charm offensive.” 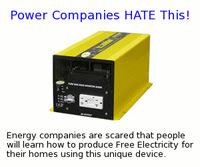 His speech “was disappointment for those who hope for” much better.

Clearly (pious) phrases for the history books, which in themselves imply the claim of the US to lead the western World, don’t exist anymore.

According to Die Welt:

“Barack Obama’s visit to Berlin was warm, extremely warm. But it didn’t touch the Germans, neither warmly or coolly.” Germans treated him with “indifference.”

Europeans “become leery of the coldly analytical Obama, who kills suspected terrorists with drones and lets his government monitor the Internet.”

Berliner Zeitung said Obama “used Berlin (to) give a bad speech. He spoke about a lot, without saying much.”

He lied like he always does. His proposed nuclear arms reduction program doesn’t wash. A separate article called it old wine in new bottles.

Obama prioritizes war, not peace. He unilaterally asserts the right to wage preemptive nuclear war. He threatens nonbelligerent states. He menaces humanity in the process.

It’s able to spy everywhere all the time. It does so secretly. It does it without cause or justification. Nonexistent threats are invented. It’s done to instill fear. It’s to harden police state ruthlessness. It’s to advance America’s imperium.

Obama reflects America’s political bankruptcy. He represents the worst of rogue governance. He’s unfit to serve. Impeaching him is a national imperative. He belongs in prison, not high office.

He’s destroying middle-class prosperity. He’s fast-tracking toward dystopian harshness. He’s thirdworldizing America for profit. Growing millions worldwide know his game. He’s waging war on freedom. He threatens humanity in the process. It may not survive on his watch.

Be the first to comment on "Obama’s Berlin Moment"