Shortly after the Sandy Hook mass shooting, politicians in New York, most notably New York Governor Andrew Cuomo, began to push and eventually passed what was at the time the strictest gun law in the country.

Many gun rights supporters in New York cried foul, believing the bill was ramrodded through in order to stifle any debate on what would surely become an overbearing law that weakened the 2nd Amendment.

Now, months after the passage of the so-called, “NY SAFE Act,” at least two citizens have had their gun permits suspended for simply having a legal prescription to an anti-anxiety medicine.

Yesterday, this direct attack on the 2nd Amendment was detailed in a report by this author which highlighted the unconstitutional backdoor confiscation of firearms through the revocation of the permits required to posses a gun.

Jim Tresmond, an attorney at Tresmond Law Firm, is currently representing two different clients who had their pistol permits revoked because of a prescription to an anti-anxiety medicine.

“We are representing a client right now who is impacted by this onerous activity of the government,” Tresmond said in a post on WBEN.com. “We were flummoxed by this whole matter,” explained Tresmond.

“The HIPAA act is supposed to prevent this kind of thing from happening. It’s a gross invasion of our privacy rights.”

According to Tresmond, the New York State Police are responsible for this direct attack on the 2nd Amendment due to the fact that they send the information to the courts that initiates the proceedings. Tresmond also noted that he believes the two clients he is representing are only the beginning to what could be a massive revocation of gun permits, all completely outside of law.

Needless to say, many Americans were horrified by the above report, (as well as the numerous other reports on various alternative news outlets) Soon after, widespread criticism began to trickle in, causing both the New York State Police and the County Clerk to blame each other for what is now being labeled a mistake.

That’s right, rather than admit a mistake, (if it was indeed a mistake) the state police and the County Clerk are pushing the blame onto each other in an attempt to cover their own behinds from what is now at least one pending lawsuit.

To his credit, the Erie County Clerk, Chris Jacobs, acknowledged that first and foremost is the issue that the law itself is flawed after being passed so quickly.

“I think that first and foremost, it stems from a flawed law that was passed so quickly without forethought on how something would be implemented. Certainly, I am disappointed on the fact that we were given information from State Police that this was an individual that we needed to act immediately on.” 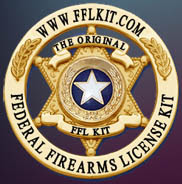 The report from a local NBC affiliate also quoted Jacobs as saying that the state police were trying to shift the blame to him and the state courts, who themselves only act on information given to them by the state police and apparently do not have access to the actual mental health records that led to the gun permit confiscation in the first place.

“I think they’re saying that it’s myself or the Supreme Court judge who’s assigned to this that it’s our fault, but they were the ones that gave us the information. We’re not privy to any of that mental health information that they had and that’s what they acted on to send this dictate down to us,” Jacobs told WGRZ.com.

In response, the State Police released a statement attempting to clear themselves of any wrongdoing in what was obviously an abuse of power.

The SAFE Act requires mental health professionals to file notification when a medical professional determines that an individual he or she is treating is at risk to themselves or others. Medical prescription records are strictly private and not shared with the state, and no firearm license would ever be revoked for an anti-anxiety prescription.

The final determination on whether to revoke or suspend a pistol permit license rests solely with the County and the licensing officials. The State Police has no authority to suspend or revoke a pistol permit in these circumstances.

To add insult to injury, and despite the fact that this was clearly a mistake as well as completely illegal, the victim still has to attend a court hearing to get his guns back.

The fact that a local mainstream news outlet and various popular alternative news organizations initially covered the gun permit confiscation is most likely the only reason that both the County Clerk and the state police have called it a mistake. What we are witnessing now is both of them trying to throw the other under the bus; yet, in the end, there will be no criminal repercussions for what has essentially amounted to theft by gang.

As noted in our initial report on the matter, sadly this is not a one-time occurrence, with reports continuing to flock in throughout the country that detail health care professionals using whatever power they have to limit and or ban their patients from owning firearms.

We now find ourselves at a time in history where the right to privately own a firearm is looked upon as extreme and a possible trait of a domestic terrorist, with those in power doing everything they possibly can to limit and or ban them.

When you consider the fact that close to 1 in 3 Americans believe in the so-called New World Order, the powers that be not wanting Americans armed starts to make much more sense. (As DHS continues a major ammo buildup of their own) America really is one of the last major countries not fully taken over by the global elite and the simple fact that we HAVE weapons has heavily helped make that possible.

Read other articles by Daniel Jackson