Activist Post
Vice President Joe Biden warned Wednesday that the upcoming Senate vote was only the beginning of their gun control fight, a fight that concerns many who believe it may actually be aimed at eventually disarming millions of law-abiding citizens.

The warning, made during a conference call organized by gun-grabbing, globalist-backed Mayors Against Illegal Guns, is a stark reminder that, although the assault weapons ban has so far failed, the fight for the 2nd Amendment is far from over.

Despite overwhelming anger towards the planned banning of hundreds of weapons and the outright attack on guns in general, Biden went on to claim that they are simply following what the American people want.

“We believe that weapons of war have no place on our streets,” Biden said.

Sadly, this tactic is being used throughout the corporate media with dozens of cable news pundits claiming over and over again that Americans want gun control, while using rigged polls taken by corporate companies to back their alarmist propaganda.

Meanwhile, President Obama appeared alongside mothers of gun victims on Thursday to once again use the horrific death of children as a backdrop to push the gun control agenda.

Described as an, “impassioned plea,” by the New York Times, Obama took to the podium, complete with perfectly angled sad mothers in the background who had just shared stories about their dead children, to demand a continued push for gun control, essentially indicating that if you support the mothers behind him then you will support the numerous gun control laws currently being put forward in Congress.

“We need everybody to remember how we felt 100 days ago and make sure that what we said at that time wasn’t just a bunch of platitudes, that we meant it.” 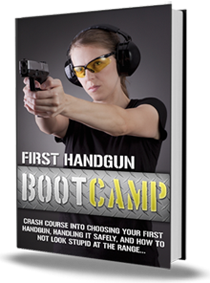 Obama then went on to use numerous fallacies in a psychological manipulation attempt, including the use of rigged statistics to put forth the idea that only a few crazies stand against his political agenda.

“90% of Americans, 90%, support background checks that will keep criminals and people who have been found to be a danger to themselves or others from buying a gun.”

I ask every American to find out where their member of Congress stands on these ideals, if they are not part of the 90%…. you should ask them why not, why are you a part of the 10%?”

The sheer amount of staged psychological manipulation in Obama’s speech would put most Hollywood directors to shame.

Apparently, our commander in chief has no problem standing on stage pretending the issue is about dead children when in reality it’s about a plan that has been in the making for years. That plan includes first the registration of all firearms with the federal government, and the eventual wholesale confiscation of most if not all of those firearms. This used to be a conspiracy theory, but now it’s obviously conspiracy fact.

As Mayors Against Illegal Guns uses billionaire globalist Michael Bloomberg’s money to hold so-called grassroots rallies across the country, which are actually just echoing the exact talking points put out by Biden, Obama, and the entire gun-grabbing Congress, it is monumentally important that real, everyday Americans continue to fight for liberty and speak out in support of the 2nd Amendment.

It is clear that its foes are not going anywhere.