Representative Steve Israel (D-NY) is to introduce bill that will ban people from creating guns and magazines with 3D printers after a video demonstration of a working prototype by Defense Distributed surfaced.

After his staff stumbled on the footage, Israel decided he would renew the Undetectable Firearms Act of 1988 and then add a ban on the manufacturing, ownership, or transport of both 3D printed firearms and high-capacity magazines. Actually, he’d been eyeing the renewal for awhile and you may have been hearing about it along with recent 3D capabilities.

The recent video is among the very first to showcase a successful demonstration of automatic firing using a prototype printed 30-round magazine for an AR-15.

Approximately 86 rounds are fired at various speeds in the following video posted January 12th, 2013. I thought it had gone viral but it only has around 200K hits – that means many still haven’t seen this amazing milestone.

The eyes of the world are on the advanced innovation of 3D printing. There is hope of endless possibilities of printed goods – everything from houses to working body parts. One new company will even recycle plastic junk into material for 3D printing.

Some companies like the non-profit firearms group Defense Distributed even offer their blueprints for free as their name suggests. As of a few days ago, over 2,200 blueprints were downloaded – they are the “Home of the Wiki Weapon.” An interview with DD founder Cody Wilson last week emphasized what a gamechanger this working model is.

Along with laws like Steve Israel’s, a patent is reportedly in the works to hoard control of this technology. Can’t have individuals successfully decentralizing, can’t have free market or relief from a burdened economy. JG Vibes who often reports on 3D printing, compared it to the “traditional case of the candlemaker trying to prevent the discovery of electric light.”

Here’s a head-scratcher: Israel acknowledges that the law is difficult to enforce (seriously, can we say SWAT raid increases and Orwellian surveillance?) but wants to ensure everyone that this law isn’t aimed at owners of 3D printers. Huh? 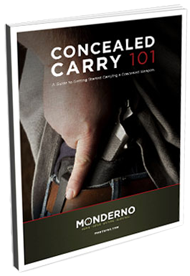 We’re not going to solve every problem – No law can do that. What we’re trying to do is deal with a very specific problem, which is the lone wolf who uses a 3D printer to make a plastic weapon in his home that can be brought onto a plane or into a secure environment.

Not aimed at owners but at aimed at the “lone wolf” who uses one – meaning anyone who uses one or pays for a print. This law would have far reach because what’s to say anyone possessing any type of 3D printer couldn’t print guns and magazines? This could clamp the field of 3D printing – but, of course, not for elites who want to keep the capability to produce 3D military weapons and drones to themselves.

This is, however, not bad news. It is to be expected that lawmakers and corporations will clamp such innovations to keep defense technology out of the hands of individuals. But to positively reframe this story, let’s keep in mind that at this point, 3D printed guns render gun control moot and the possibilities for countless 3D goods are still on the horizon.