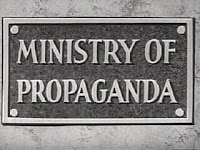 In an article entitled, “Flu reaches epidemic level in U.S., says CDC”, reporter Sharon Begley pumps up alarm concerning the virulent and epidemic nature of the current flu sweeping the country. However, the report admits it lacks documentation of the very numbers it purports to use to buttress its claims.

While the Reuters article, published on January 11, solemnly announces that a pandemic is officially at play when the flu achieves a rate of 7.2 % of deaths during a time period, it also earnestly states that there is no definitive count of the total deaths caused by the flu.

Wait a minute here. The lead paragraph of this story stated: “Influenza has officially reached epidemic proportions in the United States, with 7.3 percent of deaths last week caused by pneumonia and the flu, the U.S. Centers for Disease Control and Prevention said on Friday.”

So the exact percentage of deaths caused by flu is known but the number of flu deaths is not?

I wasn’t planning to go on a rant about the idiocy of our mainstream media at this juncture, but it does appear that a few things must be said. First of all, reporters must be schooled in statistics in order to complete a journalism graduate program. That course is not for wimps, I can assure you. While most J-school students are more verbally than mathematically inclined, anyone who had been in my class at the University of Missouri Graduate School of Journalism would have received a failing grade if they had produced this article.

Reporter Begley goes on to try to explain the inadequacy of the current flu vaccine by stating that the little virus buggers must be hiding somewhere in people’s bodies out of reach of the vaccine. You know, a kind of microscopic “hide and seek”….The article cites the CDC as calling this season’s vaccine “moderately effective” then goes on to say that four out of ten people who receive the vaccine and are exposed to the flu will get sick.

I am beginning to wonder if J-Schools are now mandating George Orwell’s classic 1984 as required reading, in order to further groom reporters as to how to say one thing while actually saying the opposite. And maybe Journalism 402 has been renamed “Advanced Doublespeak.”