The fiscal cliff is the result of the inability to close the federal budget deficit. The budget deficit cannot be closed because large numbers of US middle class jobs and the GDP and tax base associated with them have been moved offshore, thus reducing federal revenues. The fiscal cliff cannot be closed because of the unfunded liabilities of eleven years of US-initiated wars against a half dozen Muslin countries–wars that have benefited only the profits of the military/security complex and the territorial ambitions of Israel. The budget deficit cannot be closed, because economic policy is focused only on saving banks that wrongful financial deregulation allowed to speculate, to merge, and to become too big to fail, thus requiring public subsidies that vastly dwarf the totality of US welfare spending.

The hoax is the propaganda that the fiscal cliff can be avoided by reneging on promised Social Security and Medicare benefits that people have paid for with the payroll tax and by cutting back all aspects of the social safety net from food stamps to unemployment benefits to Medicaid, to housing subsidies. The right-wing has been trying to get rid of the social safety net ever since Franklin D. Roosevelt constructed it, out of fear or compassion or both, during the Great Depression.

Ever since John Maynard Keynes, economists have understood that tax increases and spending cuts suppress, not stimulate, economic activity. This is especially the case in an economy such as the American one, which is driven by consumer spending. When spending declines, so does the economy. When the economy declines, the budget deficit rises.

This is especially the case when an economy is weak and already in decline. A declining economy means less sales, less employment, less tax revenues. This works against the effort to close the federal budget deficit with austerity measures. Instead of strengthening the economy, the austerity measures weaken it further. To cut unemployment benefits and food stamps when unemployment is high or rising would be to provoke social and political instability.

Some economists, such as Robert Barro at Harvard University, claim that stimulative measures, the opposite of austerity, don’t work, because consumers anticipate the higher taxes that will be needed to cover the budget deficit and, therefore, reduce their spending and increase their saving in order to be able to pay the anticipated higher taxes.

In other words, the Keynesian effort to stimulate spending causes consumers to reduce their spending. I don’t know of any empirical evidence for this claim. 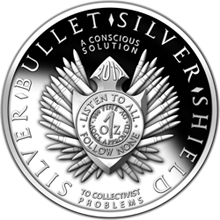 Regardless, the situation on the ground at the present time is that for the majority of people, incomes are stretched to the limit and beyond. Many cannot pay their bills, their mortgages, their car payments, their student loans. They are drowning in debt, and there is nothing that they can cut back in order to save money with which to pay higher taxes.

The US economy has two serious diseases, and neither one is too much welfare spending.

One disease is the offshoring of US middle class jobs, both manufacturing jobs and professional service jobs such as engineering, research, design, and information technology, jobs that formerly were filled by US university graduates, but which today are sent abroad or are filled by foreigners brought in on H-1B work visas at two-thirds of
the salary.

The other disease is the deregulation, especially the financial deregulation, that caused the ongoing financial crisis and created banks too big to fail, which has prevented capitalism from working and closing down insolvent corporations.

Normally, debt monetization of this amount results in rising inflation, but the money that the Federal Reserve is creating in its attempt to manage the public debt and the banks’ private debt is hung up in the banking system as excess reserves and is not finding its way into the economy. The banks are too busted to lend, and consumers are too indebted to borrow.

However, the debt monetization poses a second threat that is capable of biting the US economy and consumer living standards very hard. Foreign central banks, foreign investors in US stocks and financial instruments, and Americans themselves observing the Federal Reserve’s continuous monetization of US debt cannot avoid concern about the dollar’s value as the supply of ever more dollars continues to pour out of the Federal Reserve.

Already there is evidence of central banks and individuals moving out of dollars into gold and silver bullion and into other currencies of countries that are not hemorrhaging debt and money. According to John Williams of Shadowstats.com, the US dollar as a percentage of global holdings of reserve assets has declined from 36.6% in 2006 to 28.7% in 2012. Gold has increased from 10.5% to 12.8% and other foreign currencies except the euro increased from 38.4% to 44.4%.

The world is abandoning the use of the dollar to settle international accounts, and the demand for dollars is falling as the Federal Reserve increases the supply of dollars.

This means that the price of the dollar is threatened.

As I have previously written, the Federal Reserve can create new money with which to purchase the dumped financial instruments, thus maintaining their prices. But the Federal Reserve cannot print gold or foreign currencies with which to buy up the dollars that foreigners are paid for their US stocks and bonds. When the dollars in turn are dumped, the exchange value of the dollar will collapse, and US inflation will explode.

The onset of hyperinflation can be as sudden as the collapse of a currency’s exchange value.

The real crisis facing the US is the impending collapse of the US dollar’s foreign exchange value. The US dollar’s value in relation to silver and gold has already collapsed. In the past ten years, gold’s price in US dollars has increased from $250 per ounce to $1,750 per ounce, an increase of $1,500. Silver’s price as risen from $4 per ounce to $34 per ounce. These price rises are not due to a sudden scarcity of gold and silver, but to a flight from the dollar into the two forms of historical money that cannot be created with the printing press.

The price of oil has risen from $20 a barrel ten years ago to as high as $120 per barrel earlier this year and currently $90 a barrel. This price rise has come about despite a weak world economy and without any supply restrictions other than those caused by the attempted US occupation of Iraq, the Western assault on Libya, and the self-harming Western sanctions on Iran, impacts most likely offset by the Saudis, still Washington’s faithful puppet, a country that pumps out its precious life fluid in order to save the West from its own mistakes. The moronic neoconservatives wish to overthrow the Saudi Arabian government, but what more faithful servant has Washington ever had than the Saudi royal house?

What can be done? For a number of years I have pointed out that the problem is the loss of US employment, consumer income, GDP, and tax base to offshoring. The solution is to reverse the outward flow of jobs and to bring them back to the US. This can be done, as Ralph Gomory has made clear, by taxing corporations according to where they add value to their product. If the value is added abroad, corporations would have a high tax rate. If they add value domestically with US labor, they would face a low tax rate. The difference in tax rates can be calculated to offset the benefit of the lower cost of foreign labor.

As all offshored production that is brought to the US to be marketed to Americans counts as imports, relocating the production in the US would decrease the trade deficit, thus strengthening belief in the dollar. The increase in US consumer incomes would raise tax revenues, thus lowering the budget deficit. It is a win-win solution. 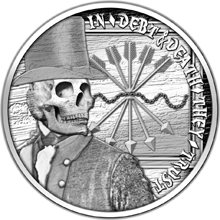 The second part to the solution is to end the expensive unfunded wars that have ruined the federal budget for the past 11 years as well as future budgets due to the cost of veterans’ hospital care and benefits. According to ABC World News, “In the decade since the Sept. 11, 2001 terrorist attacks on the World Trade Center, 2,333,972 American military personnel have been deployed to Iraq, Afghanistan or both, as of Aug. 30, 2011 [more than a year ago].” These 2.3 million veterans have rights to various unfunded benefits including life-long health care. Already, according to ABC, 711,986 have used Veterans Administration health care between fiscal year 2002 and the third-quarter of fiscal year 2011. http://abcnews.go.com/Politics/us-veterans-numbers/story?id=14928136#1

The Republicans are determined to continue the gratuitous wars and to make the 99 percent pay for the neoconservatives’ Wars of Hegemony while protecting the 1 percent from tax increases.

The Democrats are little different.

No one in the White House and no more than one dozen members of the 535 member US Congress represents the American people. This is the reason that despite obvious remedies nothing can be done. America is going to crash big time.

And the rest of the world will be thankful. America along with Israel is the world’s most hated country. Don’t expect any foreign bailouts of the failed “superpower.”

This article first appeared at Paul Craig Roberts’ new website Institute For Political Economy. Paul Craig Roberts was Assistant Secretary of the Treasury for Economic Policy and associate editor of the Wall Street Journal. He was columnist for Business Week, Scripps Howard News Service, and Creators Syndicate. He has had many university appointments. His Internet columns have attracted a worldwide following.

Be the first to comment on "The Fiscal Cliff: Our Collapsing Economy and Currency"