Draw the line – have the local organizational capacity to back it up. 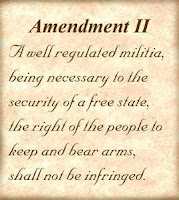 It goes without saying that the mass media lies – they lied about Iraq in the lead up to a war that in total, killed over 2 million people. They lied about Libya, they are lying about Syria. They lie about vaccines and intentionally try to sell parents the idea of purposefully injecting their children with mercury. Their lies have a single purpose – to serve the special interests that hand them their talking points.

Now the mass media is lying about gun violence. The New York Times wrote a particularly outrageous piece titled “In Gun Debate, a Misguided Focus on Mental Illness,” where a “medical doctor” is given space to willfully bend statistics to make the case for banning guns, period.

Unfortunately for this “medical doctor” who claims that the vast majority of the mentally ill do not commit violent acts, the last several mass shootings in the US were committed by mentally ill individuals, all confirmed to be on psychotropic medication. Shooter Adam Lanza was said by relatives to be on Fanapt (Iloperidone) – an anti-psychotic prescribed for people suffering from schizophrenia.

The US National Institute of Health describes schizophrenia in its Iloperidone drug profile as:

…a mental illness that causes disturbed or unusual thinking, loss of interest in life, and strong or inappropriate emotions). Iloperidone is in a class of medications called atypical antipsychotics. It works by changing the activity of certain natural substances in the brain.

Clearly a suicidal mass killer who targets little children is a mentally unhinged individual who has “lost interest in life” and was directed by “strong or inappropriate emotions.”

Like Lanza, the Aurora Colorado theater shooter was also on prescription medication – Vicodin (Hydrocodone). Before that, the Tuscon Arizona shooter, Jared Loughner was not only mentally ill – but spent most of his trial on heavy medication. Likewise, the Fort Hood shooter, Major Nidal Malik Hasan had shoeboxes stuffed with prescription medications he had prescribed for himself (he was a US Army psychiatrist).

Video: Michael Moore asks a legitimate question – one the mass media is currently attempting to sweep under the rug – the role of psychotropic prescription medication in violent mass killings. Moore asks finally, why pharmaceutical corporations are allowed to continue on when their products knowingly harm people – the complicit mass media and the role it plays in shaping and misdirecting public perception is a partial answer.

There are hundreds of millions of guns in America – millions of Americans responsibly own and use firearms every day. The common denominator amongst mass killers is not “guns,” but clearly mental illness, coupled with the “shock and awe” indoctrination our own government sells America to promote its atrocities overseas. The New York Times piece bends statistics to explain that most mentally ill people aren’t usually violent. And while that may or may not be true, the fact is those who on rare occasion have committed these tragedies were all mentally ill and taking medication. At the end of the NYT’s unqualified rant, the author suggests:

All the focus on the small number of people with mental illness who are violent serves to make us feel safer by displacing and limiting the threat of violence to a small, well-defined group. But the sad and frightening truth is that the vast majority of homicides are carried out by outwardly normal people in the grip of all too ordinary human aggression to whom we provide nearly unfettered access to deadly force.

Unfortunately for the New York Times, “deadly force” is not a synonym for guns – deadly force can mean knives – as in the knives used instead of guns in mass killings in China – where the mentally ill, left untreated and to their own devices simply pick easier targets before going on rampages that leave dozens maimed, and in some cases up to 10 dead at a time. Deadly force can mean box cutters – as in the box cutters allegedly used to hijack planes on September 11, 2001, killing 3,000 innocent people in a single day – not one shot fired.

Violence is driven by socioeconomic disparity, an inadequate healthcare system, and mentally ill people who are not given the help they need to be kept from hurting themselves and others. Mandating that a population disarm not only doesn’t guarantee that people will hand in their guns (i.e. Mexico) but it also does nothing to stem violence. Disarming a population does however, keep weapons out of the hands of law abiding citizens, the sort of people you would want to control such weapons, and leaves guns in the hands of criminals and the government exclusively. In Mexico, this leaves an unarmed population to be fed off of by both heavily armed criminal gangs, and a heavily armed, corrupt government able to operate with absolute impunity.

The US government is likewise corrupt – and ever-seeking to expand the impunity within which it operates.

Americans will not give up their guns – they will not give up assault weapons. Law abiding citizens should not pay for the crimes of the mentally ill or the socioeconomically motivated, in a society that willfully neglects them, then exploits the tragedies this creates, merely for political gain. The exploitation of the Connecticut shooting is grotesque – with journalists waiting like vultures to capture images of grieving families to splash across the covers of their publications.

Gun owners need to move beyond simply picking “representatives” (“pro-gun” Congressmen, NRA, etc.) to defend their rights on Capitol Hill. They need to organize locally to promote and preserve their rights. A government that knows 200-500 armed citizens per county are highly organized, politically active, and pragmatically prepared to defend their rights is a government that will seek profit and power elsewhere. Who is going to “confiscate” a community’s weapons if everyone in the community, including law enforcement, refuses to allow the line to be crossed?

Shooting clubs built around this idea locally, should be organized. Gun safety classes taught by police or military instructors should be made available for members and non-members alike – and responsible gun ownership within an apolitical atmosphere promoted to provide an example of what an informed, responsible, armed citizenry looks like in the 21st century. Infowars’ short lived “Brothers in Arms” was a prototype of such an organization – a prototype that should be revisited, or that others should pick up and run with.

Improving the image of responsible gun owners, versus the knuckle-dragging image they are given by the mass media – is essential. To not only put together a local organization that puts an informed, intelligent, apolitical/pragmatic face on gun ownership, but to compel other gun owners to follow suit, is the best defense in a war against our rights waged on a battlefield where much of the public is easily manipulated and emotionally compromised.

Walking away from the “left/right” paradigm is equally important – “right” leaning individuals need to realize that big-business corporate fascism demands public disarmament to give it the space to grow domestically as its right-wing backed military machine mass murders overseas. The left must realize that the very big-business interests they point their fingers at are the architects behind most, if not all of their talking points – not only on gun control, but on everything from “climate change” to “human rights” overseas as a new casus belli for perpetual global war.

While building a stronger sense of community and working with a local sheriff that actually represents the people, we should be policing our own so the federal government doesn’t have an opportunity to propose doing it for us. Medicated individuals who are brought to firing ranges should be red flags – and families like this that show gross poor judgement should be addressed by the local community. A shooting range is a business that has the right to establish strict rules to promote best practices and responsibility.

We either draw the line, and take upon ourselves the responsibility of gun ownership, or the creep to strip our rights from us will insidiously continue, exploiting the blood of the innocent and the broken minds of the mentally ill. Collective punishment is our future if we do not create a viable local deterrence, across the nation to usurpers who seek greater impunity amongst an unarmed citizenry.

Tell the powers that be – “you’re not getting the guns, period” and have the organizational capacity to back it up.

Be the first to comment on "Tell the System: You’re Not Getting the Guns. Period."