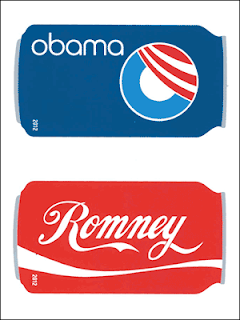 After months of rhetoric and political campaigning, the smoke has finally cleared on the media frenzy that is the US Presidential Election. Once the winner of the race was announced, supporters at the Obama Campaign headquarters in Chicago jubilantly celebrated.

The haze of American flags, pop music, and confetti worked wonders to mask the absence of any real political substance throughout the election process.

Cheering supporters shouted “four more years” as President Obama took to the stage to deliver his victory speech – complete with highly emotional grandiloquence, two mentions of the US military being the strongest in the world, and of course – a joke about the family dog.

After an exorbitant $6 billion spent by campaigns and outside groups in the primary, congressional and presidential races, Americans have reelected a president better suited for Hollywood than Washington. A 2010 ruling by the US Supreme Court that swept away limits on corporate contributions to political campaigns has paved the way for the most expensive election in American history, in the midst of an economic crisis nonetheless. [1]

In the nation that gave birth to the marketing concept of branding, it is to be assumed that politicians would eventually adopt the same techniques used to promote consumer products – enter Obama.

After eight years under the Bush administration, America desperately needed change. Instead of any meaningful structural reform, America ushered in a global superstar whose charm and charisma not only resuscitated American prestige, but also masked the continued dominance of deregulators, financiers, and war-profiteers.


Obama’s most valuable asset is his brand, and his ability to channel the nostalgia of transformative social movements of the past, while serving as a tabula rasa of sorts to his supporters – an icon of hope who is capable of inspiring the masses and coaxing them into action – despite the Obama administration expanding the disturbing militaristic and domestic surveillance policies so characteristic of the Bush years, and channeling never before seen authority to the executive branch.
The American public at large is captivated by Barack’s contrived media personality and the grandeur of his political poetry and performance, and is therefore reluctant to acknowledge his enthusiastic continuation of the deeply unethical policies of his predecessor. Obama is indeed a leader suited for a new age, one of post-intellectualism and televised spectacle – a time when huge demographics of voters are more influenced by Jay-Z and Katy Perry’s endorsement of Obama over anything of political substance he preaches. [2]

While the US has historically exported “democracy promotion” through institutions like the National Endowment for Democracy (trends that have accelerated under the Obama administration), so few see the American electoral process for what it is – unacceptably expensive, filled with contrived debates, and subject to the kind of meticulous controls that America’s foreign adversaries are accused of presiding over.

A leaked ‘Memorandum of Understanding,’ signed by both the Obama and Romney campaigns, provides unique insight into the nature of the three televised debates, and the extent to which organizers went to prevent the occurrence of any form of unplanned spontaneity. [3] The document outlines how no members of the audience would be allowed to ask follow-up questions to the candidates, how microphones will be cut off right after questions were asked, and how any opportunities for follow-up questions from the crowd would be disregarded. In what was billed as a series of town-hall style debates where members of the community can come together and ask questions that reflect their concerns – in actuality, the two candidates dished out pre-planned responses to pre-approved questions, asked by pre-selected individuals.

The political domination of the Republican and Democratic parties over the debates is nowhere more apparent than in the arrest of Green Party Presidential candidate Jill Stein and her running mate, Cheri Honkala, as the two attempted to enter the site of the second presidential debate. [4]

In contrast to the choreographed exchanges offered by the televised debates between Obama and Romney, Moscow’s state-funded Russia Today news service offered third-party candidates an opportunity to voice their political programs in two debates aired on the channel. [6] Throughout these debates, third-party candidates spoke of repealing Obama’s authorization of indefinite detention through the National Defense Authorization Act (NDAA), the need for coherent environmental legislation, the gross misdirection of American foreign policy, the necessity of deep economic restructuring, and the illogicality of marijuana prohibition. In her closing statement at the debate, Green Party candidate Jill Stein brought up a significant point:

They’re 90 million voters who are not coming out to vote in this election, that’s one out of every two voters – that’s twice as many as those who will come out for Barack Obama, and twice the number that will come out for Mitt Romney. Those are voters who are saying ‘No’ to politics as usual, and ‘No’ to the Democratic and Republican parties. Imagine if we got out word to those 90 millions voters, that they actually have a variety of choices and voices in this election.

American presidential politics are not devoid of progressive voices; but, in reality, America doesn’t need a third-party – it needs a second party. The overwhelming lack of choice offered by this election can only be attributable to the political duopoly of the Republican and Democratic parties.

As President Obama begins his second and final term, some feel that this could be a chance for the White House to pursue more progressive ends – an opportunity for Obama to act on his own campaign rhetoric and roll back militarism and the influence of Wall St. financiers.


While such optimism may prevail in the minds of many, the fact that President Obama issued a drone strike that killed three people in Yemen just hours after being reelected is a telling sign of things to come from the Obama administration. [7]

As the United States continues to project itself around the world as the definitive model of “freedom and democracy,” it is apparent that the central bankers, corporate financiers, and crony capitalists who control America’s electoral system did indeed learn and thing or two from Communism:

Be the first to comment on "US Elections: The Empty Politics of Duopoly"