A new study funded by the Department of Defense may naturally help cut suicides among veterans, across the country, and the world.

By supplying 350 volunteers daily with either a placebo or a smoothie containing 4 grams of omega 3 fatty acids, investigators will determine if this oft-overlooked nutrient can successfully heal psychological and emotional wounds.

All participants have either attempted or are at risk of attempting suicide, and their depression, anxiety levels, cognition, and blood samples will be evaluated throughout the study. Investigators will not know, however, which participants have the placebos or omega 3s.

Medical University of South Carolina professor Bernadette Mariott will spearhead the study in collaboration with several other institutes, including branches of the National Institutes of Health.

Acting chief of the National Institute on Alcohol Abuse and Alcoholism, Joseph Hibbeln, has studied the link between omega-3s and suicide in Ireland, where he oversaw the administration of 2 grams of omega 3 fatty acids to 49 patients of self-harm.

‘The active group had reduced their suicidal thinking by 45 percent,’ says Hibbeln. ‘They reduced their depressive symptoms by 50 percent, reduced their perceptions of stress by 33 percent and increased their reports of a sense of happiness by 30 percent.’

He also noticed that between 2002 and 2008, 800 active-duty military members who committed suicide had “profoundly low levels of omega 3 fatty acids.” 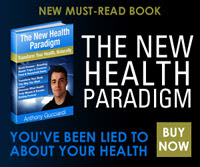 Low levels of omega 3 fatty acids is not uncommon in the United States, where people eat small amounts of fish (high in omega 3s) and great amounts of omega 6-heavy vegetable oils found in fast food. This is especially true in military communities, where nutrition typically takes a backseat to busy schedules, tight budgets, and much traveling.

(It’s worth noting that 18 US veterans commit suicide daily, something largely attributed to psychiatric drug use.)

Hibbeln readily admits that one nutrient won’t stave off suicides—but it may help.

This is especially troubling concerning suicide because omega 3s are attributed with raising dopamine levels, the brain’s feel-good chemical.

“This study will have important ramifications,” says Mariott, “not just for veterans, but for all Americans.”

Suicide is between the 10th and 12th largest cause of death in the United States. Low levels of vitamin D have also been accused of causing depression and even suicide, particularly in the colder months of the year when the sun’s rays are less powerful.

Rather than relying on ineffective and potentially harmful antidepressants (which can increase depression), defeat depression naturally with vitamin D and omega 3 fatty acids.