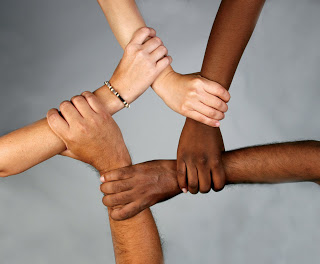 A group of local activists in the Rockaways have banded together under the banner “Occupy Sandy Relief.” Their numbers are in the thousands according to a Democracy Now! report about their efforts which began in the hours after Sandy hit.

Once again, FEMA has failed staggeringly as chaos has erupted in affected areas of New York and New Jersey. It’s a replay of the fine work that the organization did in the wake of Hurricane Katrina. Shortages have now resulted in emergency calls by FEMA for key supplies such as baby formula.

One of alternative media’s very own, Alexander Higgins, released a video showing the devastation to his home and neighborhood and was vocal in his criticism of government “relief” that has yet to show for more than a week in his area of Brick, New Jersey.

The losses that people have sustained are a painful reminder that it is in our own best interest to reconnect with our neighbors and form local community relief efforts before a crisis hits.

It is easy to become a victim in these situations and feel like you are completely on your own — and you most likely will be if you count on FEMA to come to your rescue.

The Occupy Sandy Relief organization is exemplary of how fast people can come together to help one another, but imagine how much more effective we could be if we focused on preparation rather than response.

If you have been one of those affected in this storm, please offer your observations about government aid in your area and/or what you did to prepare that helped you get through this storm.

OTHER RELATED ARTICLE:
How We Survived Sandy