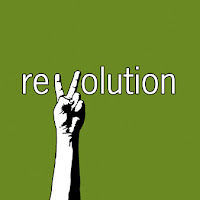 Over the past ten years it has been my calling to help the Polish Countryside, its small farmers and the good citizens of this nation, to stand up against the determination of corporate agrichemical and genetic engineering giants to move in and transform this relatively unspoiled land into a vast experimental toxic laboratory.

Working alongside my Polish partner, Jadwiga Lopata, I was able to draw directly upon previous experience in coming up with a plan to combat the David-v-Goliath battle that confronted us. A battle not simply confined to the predatory corporations, but also a complicit government and a generally unaware public.

As a practising organic farmer at a time when abandoning chemicals in favour of compost was regarded as a deeply regressive and foolish act, I had become accustomed to being shot at by posturing agricultural scientists, pharmaceutical fanatics and government lackeys in the pocket of their corporate masters.

But I had been sustained throughout by the extraordinary results that greeted me as I helped my farm transition from its agrichemically assisted beginnings into full organic status between 1975 and 1980. This, and those few passionate and creative colleagues who had embarked upon the same ‘swimming against the tide’ activities around the same time – kept the spirit of endeavour alive in me, while the ever demanding ‘hand’s on’ routine of the farming calendar ensured that I was strongly earthed.

Already in 1987 I had seen the GMO danger looming up ahead and wrote about it in the Soil Association (Britain’s leading organic organisation) journal at that time. By the mid 1990’s the first GM experimental research crops were being planted in the UK – and almost instantly ripped-up again by a powerful alliance of activists from various ecological organisations.

So successful were these actions that the plots were eventually abandoned and the supermarkets, faced by a high profile ‘Frankenstein Food’ campaign, pulled any remaining GM produce off the shelves.

At this time I had my hands full leading a campaign to try to stop the British government attempting to ban the sale of unpasteurised milk, which just happened to be the main product of my mixed organic farm!

Somehow, with just five hundred such milk producers in the Country, we managed to beat off the government and keep our ‘Real Milk’ sales going, much to the pleasure of the equally determined consumers who still swear by such milk’s amazing efficacy and health giving properties.

So by the time I passed most of my farming operations over to a fellow organic farmer in 2000, I was well versed in the rigours of political campaigning and grass roots activism.

What is it that gives us the will to take-on our oppressors in this way?

The enduring impetus behind such efforts seems to make its presence known (for me) via a strong feeling of ‘rightful indignation’ which wells up when faced by callous attempts to cut short all that is best about life. This indignation is then channelled into a determination not to give-in, but instead to reverse all attempts to thwart and control our creative initiatives and aspirations.

So it was in 2000, that I took the big step of accepting an invitation from Jadwiga Lopata to become a co-director of the International Coalition to Protect the Polish Countryside and to spend large spans of time in Poland.

Almost at once it became apparent that Poland was under threat from predatory GM corporations anxious to get their genetically modified organisms into the system unnoticed by the majority. What followed was a full-time campaign to try to raise public and political awareness and reverse the threat.

In 2004, Poland joined the European Union. This opened the door for a clutch of agribusiness monsters to seize their chance to get established on Polish soils; and for the GM corporations to exert an intense lobbying effort on Polish parliamentarians to allow commercial GM production into the Country.

Drawing upon earlier campaign experience in the UK, I suggested that we tackle blocking the looming GM spectre by mounting a campaign on a regional province by province basis, rather than attempting to get a result at the top end of government. So started a truly amazing rash of activity which ultimately concluded eighteen months later with every one of Poland’s sixteen provinces making an official self declaration of their ‘GMO Free Zone’ status.

Jadwiga threw herself into this campaign with great passion. Her heart inseparable from the rolling hills and plains that express the patchwork of small strip farms and burgeoning wild flower meadows – now under acute threat of irredeemable pollution. She and I somehow managed to start a ball rolling and push it along until the board of each province arrived at the self affirmative conclusion that they did not want their province’s food and natural biodiversity contaminated by foreign genes and accompanying foreign corporate invaders.

In May of that same year (2006) succumbing to pressure from the provinces, the President of Poland signed a declaration to ban the import and trading of GM seeds – and Poland became the first Country in Europe (if not the World) to officially ban GMO in agriculture. An extraordinary outcome!

I tell this story, not through any desire to seek acclaim, but to inspire others to recognize what can be done with determination and imagination, and incidentally, only the very minimum of funds.

What gives impetus and equilibrium to carrying out an action?

It begins with an internal feeling of rising rebellion. Rebellion against what? Rebellion against the crushing stupidity of the ‘status quo’. Against the moribund imagination of those who are elected to make the policies upon which most of human life on this planet is predicated. This rising sense of deep injustice is an instinct with distinctly human origins. A kind of kick in the backside wake up call catalysed at the deepest levels of our instinct to survive and thrive.

But it is not only a personal rebellion. It is a rebellion of the spirit itself. The spirit which is the real us, not the compromised sleep walking condition which is the pervading condition of consumer indoctrinated individuals of today, the endless stream of dumbed-down servitude which cripples and confines human beings into machine like automatons.

When the spirit itself rebels, we are on our way to experiencing what it means to be ‘fully human’. To be driven by a force which does not know the meaning of the two words “I can’t”. Life itself speaks through us as the spirit rebels and refuses to be cordoned-off into the cul-de-sac and denial that become our weapons of phony self protection against everything that really matters.

And what matters more than blocking all attempts to institutionalize the outright theft of our very DNA?

What matters more than laying one’s self on the line to prevent the mutilation and degradation of the very gene pool upon which all planetary life depends?

The spirit rebels because it gets a message that’s its own Divine constitution is coming under the scalpel of some soulless scientist. Its own subtle essence is being loaded into the laboratory syringe. Its innate sanctity being reduced to just a number on a sterile pharmaceutical production line.

And we who are at one with this Spirit rebel along with it. Of course we do! And accompanying our rebellion comes a great surge of cosmic support. Angels spring-up from their routine communication roles with a largely unreceptive populous – and fly on ahead, illuminating the path we are to travel. We, the rebellious spirits of the New Resistance.

But that is only because you allow your intellectual conditioning to precede your responsive soul.

Your busy mind to block out your poetic essence – your deepest instincts. And while you do, the forces of darkness laugh their hollow laughter in full knowledge that their master plan remains unchallenged and unharmed. Laugh and turn the screw one more notch. One more notch towards the imposition of a soulless matrix designed and run by the stultifying architects of control.

The antidote to doing nothing is to lay one’s self on the line to prevent the debasement of that which threatens the sanctity of Life. Those just surviving on $2 a day cannot be expected and are not able to engage in such actions. But those living on $100 a day are. Do not try to side-step this truth; you will only fall further into your own self delusion. Embrace it and you will instantly become a receptor of the Angels of Good Fortune. And the unseen forces that love our planet and love humanity will come to your aid in combating the oppressors of all that is Divine and Noble in life.

For good Spirits embrace all who go forth to support and save our embattled planet. As it says on the tea bag I just dropped into my mug of hot water “Challenges create strengths”.

So, in the Spring of 2006, Poland led the world, passing an act of parliament banning the import and trading of genetically modified seeds and plants. The County was spared the fate of the USA, Spain, Argentina, Brazil, India and others whose governments decided to allow GM plantings and the cross-contamination which comes with it.

But politics being politics. One year later this Polish government was no longer in power and those who moved in to take its place had another agenda. One supported by big commerce, big pharma and big profits.

The battle of the past five years and of the present moment, is to try to hold the line. To try to maintain the GMO Free credentials won through the hard fought campaign that led to the ban.

Its tough, relentless and often exasperating; but it remains an absolute necessity if we are to have any chance of developing ecological agriculture on a serious scale. Any chance of maintaining a food chain free from toxic carcinogens and free from the fertility depleting weapons of mass destruction called GMO.

What are we waiting for?

Thousands and thousands of people need to join in. Join in the process of overcoming those who continue to block the arteries of life with every kind of obstructive, cunning and vile artifice, in their lust for absolute profit, power and control.

Even as the Earth rocks on its axis, the magnetosphere dilates, hurricanes devastate coastlines, mountains crumble and repression and war threaten to overwhelm all that is of value, we must stand steadfast in the passion and courage which keeps this Universe alive. For it is indeed the fire of life – and if we put that fire out we will also be complicit in depleting the energy of the Universe of which we are a part. Its a responsibility we cannot shirk.

We have no choice other than to keep alive the spirit of rebellion through responding to the rebellion of the Spirit. For this is our most intimate and most honest guide and none of us can afford to ignore its call.

Julian is a British pioneer organic farmer, writer and activist. He is currently president of the ‘International Coalition to Protect the Polish Countryside’ which is leading the fight against GMO in Poland. He is author of “Changing Course for Life – Local Solutions to Global Problems”www.changingcourseforlife.info