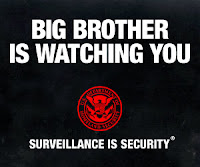 The Supreme Court heard arguments today in Clapper v. Amnesty International, to decide whether clients of the American Civil Liberties Union can challenge the constitutionality of the Foreign Intelligence Surveillance Act.

The Foreign Intelligence Surveillance Act (FISA), enacted by Congress after the abuses of the 1960s and ’70s, regulates the government’s conduct of intelligence surveillance inside the United States. It generally requires the government to seek warrants before monitoring Americans’ communications. In 2001, however, President Bush authorized the National Security Agency to launch a warrantless wiretapping program, and in 2008 Congress ratified and expanded that program, giving the NSA almost unchecked power to monitor Americans’ international phone calls and emails.

Those potentially affected by the law include attorneys and human rights, labor, legal and media organizations whose work requires them to engage in sensitive and sometimes privileged telephone and e-mail communications with individuals located outside the United States.

“We were pleased with today’s argument. The court seemed appropriately skeptical of the government’s attempts to shield this sweeping surveillance law from meaningful judicial review,” Jaffer said. “The justices seemed appropriately sympathetic to lawyers, journalists and human rights researchers who are forced to take burdensome precautionary measures because of the law.”