This year will go down in history. For the first time, a civilized nation has full gun registration. Our streets will be safer, our police more efficient, and the world will follow our lead into the future.
– Adolf Hitler

The question of whether a leader is good or a tyrant is an age old question. Being the one who wears the crown opens you up to criticism from all levels, and, to be quite frank, you can’t make everyone love you.

This article is to outline purchases by the Department of Human resources since August 2002, a ten-year span. The Department of Homeland Security was created by then President Bush as a preventative measure from further terror attacks on American soil. And since its inception has been fodder for skeptics and fuel for those demanding a smaller, unintrusive government.

Below you will find the lists of solicitations, hyperlinked to their pages located at http://www.fbo.gov.

The following filters were used:

Any “Award Notice” only entries were omitted due to the lack of needed information.

In the first chart, you find the hyper linked solicitation, the total number of rounds requested, and the agency requesting the ammunition. Of all of the sub-departments, only Immigrations and Customs Enforcement (ICE) and the Federal Law Enforcement Training Center (FLETC) ordered ammunition outside the filters discussed above.

The second chart, shown below, demonstrates the total number of ammunition requested by year. After that chart, is the breakdown by percentage of the year against the total amount requested. As can be seen, 58% of all the ammunition that has been ordered, was ordered under the Obama Administration. 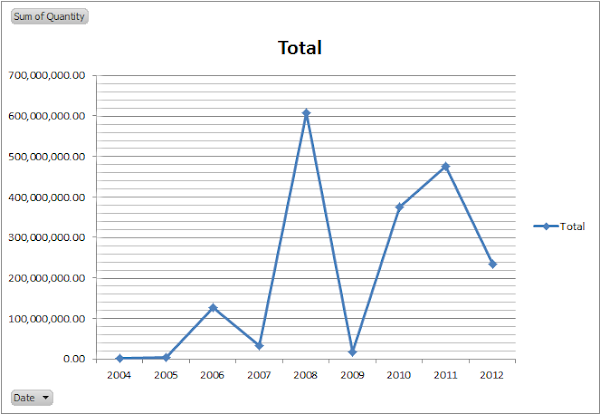 The last chart provides the chilling breakdown of just how much ammunition was requested. The grand total? A mere 1.88 BILLION rounds ordered in less than eight years time. 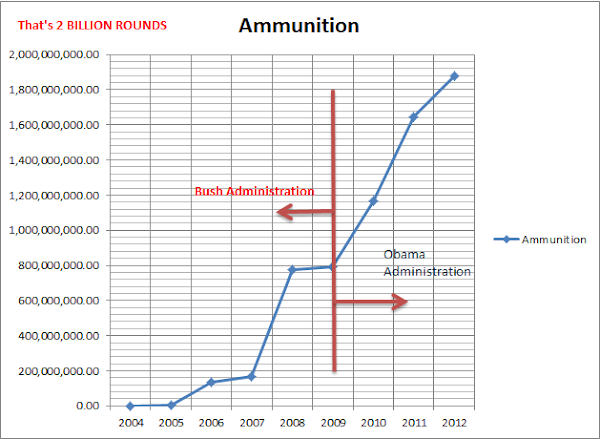 Oddities were discovered during this examination. A solicitation for an emergency allotment of 18,000,000 rounds of .40 S&W ammunition was requested to cover a shortfall of until December of 2009, but no major purchase could be found until December of 2010.

Justification for Other Than Full and Open Competition to purchase an “interim supply” of 18,000,000 rounds of .40 Smith & Wesson (S&W) Caliber 135 grain ammunition to bridge the gap in inventory until long term Indefinite Delivery / Indefinite Quantity (IDIQ) contracts can be put in place. Contract awarded to Federal Cartridge Company of Anoka, MN.

This also provides justification for such large numbers of ammunition purchases, ie, training. However, in order to be more fiscally sound, the ammunition should be a ball type, or full metal jacket, not a jacketed hollow point, where the cost would be anywhere from two to five times less expensive.

To put this in very simple terms: in the 8 years, 5 months, 23 days that have elapsed since the first ammunition order:

The question of whether all these ammunition purchases are for an outbreak of civilian riots cannot be answered here. There are too many variables to accurately ascertain the likelihood. Many of those who would fight for the government would place family above duty and thereby weaken the chances of a successful martial law across the fruited plain. In limited areas, yes, martial law could and would be implemented. Those areas unmolested by civil disorder would do best by informing the public to arm themselves for the possibility of malcontents and criminals that may want to stir up trouble.

But perhaps what this Administration forgets is the most basic of warfare. It is not ammunition nor weapons that decides a war. It is the indomitable human spirit that cries for freedom that decides who wins and who dies. Tyranny may win battles, but Freedom and Liberty will win the war. Every time. Just ask any American, Spanish, English, Frenchman or Pole.

Weapons are an important factor in war, but not the decisive one; it is man and not materials that counts. – Mao Tse-tung 1938