The UN’s Earth Summit Rio+20 will begin this week. On their agenda will be population growth, urbanization, Agenda 21, and consumption. These factors, claim the UN, are causing irreversible damage to the environment and are targets for a new “green” agreement to save the planet.

The UN’s Environment Program (UNEP) released a report entitled the Global Environment Outlook (GEO-5). The GEO-5 took three years to complete. It is the UN’s “health-check” on earth and encourages world government leaders to enact more stringent environmental mandates within their countries to combat their effects on the planet.

Achim Steiner, UN under-secretary general and UNEP executive director, warns that time is running out as the world’s population comes closer to 9 billion people as expected by 2050. Steiner claims that as larger amounts of natural resources are expected to be consumed, the planet’s safety is at stake. “If current trends continue, if current patterns of production and consumption of natural resources prevail and cannot be reversed and ‘decoupled’, then governments will preside over unprecedented levels of damage and degradation.”

The UNEP would like governments to redirect their focus on the factors driving climate change:

The UNEP is centering their attention on Africa and Asia, where climate change is being felt most, according to the GEO-5 report.

The UN’s goals for sustainable development in Africa and Asia center on their population growth, water supplies and food security. The sub-Saharan and northern regions of Africa, Latin America, the Caribbean and parts of Asia are of particular interest to the UN, as stated by UNICEF and the World Health Organization (WHO).

At the Earth Summit, the UNEP will be promoted and expanded to “specialized agency” with a new title, UN Environment Organization (UNEO).

The UNEO will prop up the Sustainable Development division of the UN. The same agency that disseminates Agenda 21 policies to governments will be centralized into a global agency with powerful international backing.

As the unscientific assertions of a global environmental crisis, vanishing biodiversity and over-population become more “urgent” to the UN; the insertion of international governance is being covertly added into the mix as the answer to solve all problems worldwide.

With the assistance of the UN, corporations have begun descending on Africa to aid in the securitization of their natural resources.

Examples like an $11 million dollar project funded by the Bill and Melinda Gates Foundation and the Coca-Cola Corporation are usurping 50,000 Kenyan and Ugandan smallholders to produce fruit for Minute Maid, a subsidiary for Coca-Cola.

‘Africa is now the last frontier in terms of arable land,’ said James Nyoro, the Rockefeller Foundation’s managing director for Africa. ‘With the population growing to 9 billion, the rest of the world will have to depend upon Africa to feed it.’

Researchers for the British Geological Survey (BGS) and the University of London have uncovered underground aquifers of water in Africa that are 100 times the amount found on the surface of the continent; and have written a paper in the Environmental Research Letters journal. The created a detailed map of the underground water.

This discovery is the largest attempt at water privatization by governments and international governances.

The UNEP is also creating a project with the Capacity Building for the Biotrade Project (CBBT). Their concerns are with the use, collection, production and commercialization of goods and services for use and trade that expressly derived from the native biodiversity – plants, species and organisms in our environment.

The UNEP seeks to control the trading of these products to make sure they are cultivated in line with their definition of social, environmental and sustainable.

As the desire for natural products in the cosmetic and pharmaceutical industries becomes more popular, the UN wants to gain control to secure profits and production standards.

Speaking at the UN Earth Summit, Netumbo Nandi-Ndaitwah , the Minister of Environment and Tourism, hopes that “biodiversity could become an even greater asset for sustainable, pro-poor development in [Namibia].”

Nandi-Ndaitwah promotes policy reforms and financial investments from the public and private sectors targeted at Namibia’s key BioTrade products and services. Through the use of multinational corporate relationships, control over the use of agricultural land in rural areas and implementation of BioTrade policies, research and development, the land grabbing by the UN will soon become extremely lucrative.

The UNEP has also announced that they are investing in green projects under the African Carbon Asset Development(ACAD) Facility and expansion plans.

ACAD is looking for financial investors, along with their current holders Stand Bank, to “re-enlisted in the public-private partnership”.

Sylvie Lemmet, Director of UNEP’s Division of Technology, Industry and Economics, is excited about the expansion plans:

UNEP is pleased to announce the expansion of ACAD, and recognizes that much work still needs to be done to help African green entrepreneurs access carbon finance. We are thrilled to have helped not only bring good projects to fruition, but also to have supported the African financial sector evaluate the potential of innovative carbon projects. These latest developments suggest a strong vote of confidence in ACAD and signal Africa’s emergence as a fully-fledged carbon market player. 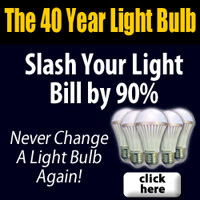 These plans for the ACAD originated by provisions of the German government’s International Climate Initiative by investing a facility that will seed the opportunities for more funding.

Following suit is the French government who is negotiating to contribute through the French Global Environment Facility administered by the Agence Française de Développement.

The UN has enacted a carbon credit scheme under the registration of large-scale wind power projects in Africa. Multinational corporations are financing this plan to mandate LED lights to Rwandan households.

ACAD will focus their global carbon sector and green economy schemes through Africa because of its natural resources. These projects are slated to attract commercial funding that will expand the ACAD’s reach.

Susanne Posel is the Chief Editor of Occupy Corporatism. Our alternative news site is dedicated to reporting the