On July 6, 1945, Harry Truman authorized awarding the Medal of Freedom “to any person….who, or on after December 7, 1941, has performed a meritorious act or service which has aided the United States in the prosecution of a war against an enemy or enemies and for which an award of another United States medal or decoration is considered inappropriate.”

On February 22, 1963, Jack Kennedy ordered it be replaced by Presidential Medal of Freedom.

It’s awarded “for especially meritorious contributions to (1) the security or national interests of the United States, or (2) world peace, or (3) cultural or other significant public or private endeavors.”

The Presidential Medal of Freedom mocks what it claims to represent.

It replicates Nobel hypocrisy. Unworthy Peace Prize recipients include war criminals and genocidists. Anyone can be nominated.

Adolph Hitler, Benito Mussolini, Joseph Stalin and George W. Bush were past nominees. So were Tony Blair and Rush Limbaugh.

Shimon Peres was a past honoree. He’s a war criminal and genocidist. He deserves prosecution and imprisonment, not awards.

Madeleine Albright was one. As UN envoy and Secretary of State, she prioritized war and genocide. She believed NATO should intervene militarily regardless of international law restrictions.

She was criminally involved in America’s Balkan wars.

She was part of an administration guilty of genocide against Iraqi civilians.

In 1996, 60 Minutes host Lesley Stahl interviewed her. She asked:

“We have heard that a half million children have died. I mean, that’s more children than died in Hiroshima. And, you know, is the price worth it?”

Albright replied: “I think this is a very hard choice, but the price – we think the price is worth it.”

Throughout the 1990s, Iraq sanctions caused about 1.5 million Iraqi deaths. Most were young children. Former UN humanitarian coordinator Dennis Halliday resigned in protest. He refused to be part of what he called “genocide.”

Sanctions killed up to 7,000 Iraqi children monthly. It was one of history’s greatest crimes. The Clinton administration bore main responsibility. As UN envoy and Secretary of State, Albright was criminally involved.

“This is about America’s imperialistic need to control the Arab economy, money and oil. The invasion of Kuwait was an invitation to (GHW) Bush to destroy Iraq.”

“We cannot remain silent and allow the UN to kill the children of Iraq. In the Arab world you cannot allow the US to dictate the conditions and the needs of the Arab people and the people of Iraq. You cannot afford to have the UN further corrupted.”

“The UN Charter talks about the well-being of mankind. But the charter has been corrupted by the sanctions. The fundamental human rights of the Iraqi people — rights to employment, healthcare, education, jobs, housing, the right to live — all have been destroyed by the UN.” 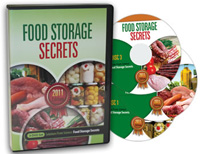 Washington uses it as a dagger. It’s plunged into humanity’s heart. At issue is unchallenged global dominance.

NATO is used the same way. It’s an imperial tool. Neither organization represents peace, stability, and democracy. These and other popular issues are deplored.

Throughout her tenure, Albright was complicit in mass murder. On June 13, Obama awarded her the Presidential Medal of Freedom.

Throughout his tenure in government, Shimon Peres bore direct responsibility for numerous crimes of war and against humanity.

With other top officials, he’s responsible for decades of pernicious colonialism, apartheid, occupation, and regional wars of aggression.

He pioneered Israel’s nuclear program. In his memoirs, “Battling for Peace,” he said:

“My contribution (in its development is) something that I still cannot write about openly for reasons of state security.”

In 1985, as prime minister, he criminalized contact with PLO representatives. At issue was spurning peace and reconciliation.

In March 2011, the Swiss-based Rights for All group issued a press release stating:

Swiss authorities “are obliged to arrest Peres on the grounds of the crimes he has committed in the wake of the 22 day Israeli war on Gaza which killed more than a 1,450 Palestinians, most of whom were women and children.”

“The UN Goldstone report into the war accused Tel Aviv and its leaders of committing war crimes and crimes against humanity.”

On March 29, 2011, more than 20 human rights groups and other organizations demonstrated in front of Swiss government offices in Geneva. They protested against Peres’ visit. They wanted him arrested, not feted. In April 1996, as prime minister, he launched Operation Grapes of Wrath. For 16 days, hundreds of air and ground attacks terrorized South Lebanon, Beirut, its surrounding areas, and the Bekaa Valley.

Beirut, Sidon and Tyre were blockaded. Dozens were killed, many more injured. Around 400,000 Lebanonese were displaced.

On April 18, Qana’s UN shelter was shelled. Over 100 civilians were slaughtered. They were mainly women, children, and elderly occupants. Many more were injured.

“In my opinion, everything was done according to clear logic and in a responsible way. I am at peace.”

He’s a serial killer. The Palestinian Campaign for the Academic and Cultural Boycott of Israel condemned him as follows:

He’s “on record for being responsible for other war crimes, from building colonies on occupied Arab land to endorsing a policy of extra-judicial killings, which murders Palestinians and other Arabs without the benefit of a trial or, in fact, any proof other than that provided by Israeli Intelligence, the Shin Bet.”

“He also supports the siege on Gaza, the destruction of its airport, and the elaborate system of checkpoints all across the West Bank.”

“He defends the demolition of Palestinian homes, and he justified the atrocities committed by the Israeli army in its recent war on Lebanon in 2006.”

On May 28, the Union of Islamic World Students called awarding him the Medal of Freedom “regrettable.”

Obama’s “decision attempts to gain Zionist support at the expense of our people and our legitimate rights.”

He added that honoring Peres shows US support for occupation harshness.

As much as anyone in Israel, Peres reflects its institutionalized contempt for humanity.

He bears direct responsibility for crimes too grave to be ignored.

He never once said he’s sorry.

He deserves prosecution and imprisonment, not awards.

On June 13, injustice took center stage in Washington. It shows up often.

Stephen Lendman lives in Chicago and can be reached at [email protected] His new book is titled “How Wall Street Fleeces America: Privatized Banking, Government Collusion and Class War”
http://www.claritypress.com/Lendman.html

Be the first to comment on "Presidential Medal of Freedom Hypocrisy"