In June of this year, at the Earth Summit in Rio de Janeiro, the United Nations (UN) will push for the expansion of their new and improved global environmental agency.

The UN Environmental Program (UNEP) will be promoted to “specialized agency” with a new title, UN Environment Organization (UNEO).

The UNEO will prop up the Sustainable Development division of the UN. The same agency that disseminates Agenda 21 policies to governments will be centralized into a global agency with powerful international backing.

As the unscientific assertions of a global environmental crisis, vanishing biodiversity and over-population become more “urgent” to the UN, the insertion of international governance is being covertly added into the mix as the answer to solve all problems worldwide.

Through treaties, agreements and institutions, reformation of the UN within the UN has yielded quite a response.

Ban Ki-moon, UN Secretary General, devised the global sustainability panel that includes more than 50 supporters of the creation of UNEO.

“One option is the possible transformation of UNEP into a specialized agency of the United Nations. A strengthened UNEP could enhance coherence between relevant multilateral environmental agreements, and better integrate its work with the activities of development institutions, especially the United Nations Development Program,” states one recommendation.

The UN is changing the status of the “program” to an “agency” to demand more funding for its initiatives, as well as to receive more power and autonomy. 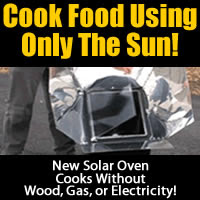 Although UNEO is slated to be funded entirely by voluntary donation, “assessed contributions” could be allocated to the agency on the basis of success and necessity.

Specialized agencies within the UN receive these “assessed contributions” by member states as derived from factors such as national income and gross domestic product.

The more the country can afford, the more the UN takes to fund their international directives.

One way of directing funds to the UN is through the usurpation of innovative technologies for the sake of “saving the planet”. There is a call for development and manufacturing of greenhouse safe products; however, the allocation of funding toward research for finding a way to mitigate or even stop climate change effects seems to be left out.

The business of climate change is expected to be quite lucrative for those successful at convincing authoritative bodies that these technologies must be purchased by their nation and mandated for use by their citizens.

The UN will disburse a global carbon tax , redistribute the world’s wealth and install programs that will place all issues concerning humanity, poverty, the securitization of resources and education under its control and command.

They will force ecological taxes to steer large amounts of money into funds designed to redesign humanity, civilization and the planet – and fit them all into their mold. A carbon cap-and-trade tax system for industrial countries could yield $250 billion per year.

The US contributed $22.9 million of American taxpayer money to the UN in 2010. That accounted for 9.8% of the agency’s total annual funding. US federal agencies that “voluntarily” gave to the UN are:

The creation of a global environmental agency is championed by the European Union, who has been calling for the upgrade of UNEP for quite some time.

IN 2007, Jacques Chirac called for the expansion of a “massive international action to face the environmental crisis”, referring to the yet realized UNEO.

We are coming to realize that the entire planet is at risk, that the well-being, health, safety, and very survival of humankind hangs in the balance. We call for the transformation of the UNEP into a genuine international organization to which all countries belong, along the lines of the World Health Organization.

The ideal that Chirac lead over 5 years ago is now being resurfaced and supported by 46 countries in the European Union, as well as Africa, Latin America and Asia.

The US, Russia and China have declined to be part of the push for this monstrous agency that will wield enormous international power over the environment.

Chirac, a man-made climate change alarmist, backed the documentation of the UN Intergovernmental Panel on Climate Change (IPCC) when they made public a series of reports that claimed the global temperatures were exponentially rising and those drastic effects would continue for centuries.

Obama has followed suit with the UN and created his own environmental organization called the International Renewable Energy Agency (IRENA).

IRENA is run like a UN agency, with members’ contributions based on the same criteria as the UN funds their agencies. IRENA receives American taxpayer money which makes up 22% of its current annual budget.