The number of chickens produced annually in the United States has increased by more than 1,400 percent since 1950 while the number of farms producing those birds has dropped by 98 percent.

So says a new report, Out of Sight, Out of Mind: The impacts of chicken meat factory farming in the State of Georgia, authored by a collection of organizations led by Georgians for Pastured Poultry (GPP).

The report provides a history of CAFOs and their impact on animal welfare, the environment, human health, and workers and producers. It also looks at laws that discriminate against pastured poultry, and offers healthy and more humane alternatives to factory farming in poultry operations.

Though focused on Georgia, much of the information is easily applicable to poultry operations anywhere. Highlights from the 72-page report follow. (Direct quotes comprise most of the following summary, with some paraphrasing):

The state of Georgia is the largest producer of meat chickens (broilers) in the country and nearly all of the broilers are raised in densely-packed, confined animal feeding operations (CAFOs). The state raises and slaughters 1.4 billion meat chickens every year, in a country that confines and slaughters 9.2 billion farms animals annually in factory farms.

The poultry industry makes up the largest segment of the state’s agriculture, with an overall annual economic impact for the state of $13 billion or more. The broiler business alone in Georgia is valued at over $3 billion annually. Based in Georgia, Pilgrim’s Pride Corporation is the world’s largest poultry company, and, like all factory farms, is vertically integrated.

Broiler chickens are bred to grow larger and faster. Over the last 50 years, growth rates have quadrupled in the pursuit of cheaper chicken. The major welfare concerns for broilers are leg problems, contact dermatitis, especially footpad dermatitis, ascites (accumulation of fluid in the peritoneal cavity usually caused by heart problems and liver disease), and sudden death syndrome. These concerns have been exacerbated by genetic selection for fast growth and increased feed conversion.

Each chicken in a Georgia CAFO has just one piece of 8.5×11″ paper (about 93 square inches) of floor space by the time it reaches slaughter weight. Being forced to stand in their own excrement causes ammonia burns such as breast blisters, hock burns and footpad dermatitis.

In poultry farming, litter is applied to the land as a source of nutrients. The application of litter to fields was once a sustainable and acceptable practice. However, the drastic increase in the number of poultry raised for human consumption has produced far more litter than the land can support, potentially resulting in discharges of excessive nutrients, veterinary pharmaceuticals, pathogens, heavy metals and metalloids into the ground and surface waters. Treatment of this animal waste prior to agricultural application is currently not required.

Arsenic-based drug use for chickens is banned for human health concerns in the 27 countries of the European Union, but not in the U.S. Arsenic, a recognized human carcinogen by the Environmental Protection Agency and the International Agency for Research on Cancer, is found in chicken manure. 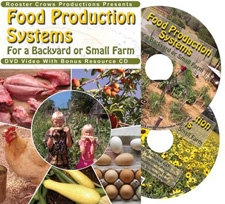 The U.S. Geological Survey has calculated that between 250,000 and 350,000 kg of arsenic is applied annually to the land. Elevated soil arsenic levels have been reported in a number of fields where poultry waste was applied; arsenic in soil is readily leachable and may migrate into the water supply. Exposure to arsenic has been associated with an increased risk of a number of human health effects, including heart disease, diabetes, neurologic effects, and birth defects.

People living within a 500-meter radius of a CAFO experience significantly more self-reported wheezing and had decreased forced expiratory volume in one second, an indicator of lung inflammation.

The EPA has identified ammonia and particulate matter as the most hazardous air pollutants emitted from poultry CAFOs.

In Georgia, because of the state’s lack of anti-retaliation protections, a worker who reports a work-related injury in order to seek workers’ compensation benefits like medical treatment and partial pay for time when she is unable to work may lawfully be fired for filing or pursuing a workers’ compensation claim.

According to Fortune Magazine, “[OSHA] statistics for 2000 reveal that one out of every seven poultry workers was injured on the job, more than double the average for all private industries. Poultry workers are also 14 times more likely to suffer debilitating injuries stemming from repetitive trauma.”

Occupational exposure to antibiotic resistant microbes exposes not only the workers, but also the rest of the community to drug-resistant bacteria.

The limited number of packers allows them to opportunistically manipulate cash market prices, reducing grower income so much so that Ag Secretary Tom Vilsack observed that only 9% of family farm income comes from farming operations, “which means that 91% had to come from some other place.”

Though the 2008 Farm Bill required the USDA to enforce the GIPSA rules, Vilsack has ignored it.

Independent growers operating outside the CAFO system are limited by a lack of infrastructure. The demise of the independent slaughterhouse is yet another negative consequence of vertical integration in the poultry.

Georgia currently has only one independent slaughtering facility for pasture-raised poultry. Most independent growers must transport their birds for hundreds of miles to independent facilities in North Carolina, South Carolina and Kentucky. As a result, many farmers have expressed interest in on-farm processing.

On-farm processing is currently a complicated matter due to legal issues surrounding inspection. A confusing intersection of federal and state laws pertaining to poultry processing and inspection has made it difficult, though not impossible, for Georgia’s independent farmers to legally process their chickens on-farm.

In cooperation with officials at the Georgia Ag Dept., Georgia Organics is advocating for a framework allowing on-farm processing, and direct-to-consumer sales, in a manner that is economical for farmers while ensuring food safety. At the same time, Georgia Organics is spearheading an effort to study the feasibility of mobile processing units and a potential fixed-site facility that would provide independent growers with a legal and viable processing option. Developing processing solutions would readily deliver more pasture-raised poultry to market.

Consumer and restaurateur demand for local, sustainably-produced food continues to grow despite the poor economy. As evidence continues to surface from the medical community and public health advocates linking pesticides, chemicals and antibiotics used to grow food with cancer, consumers are looking to minimize their exposure to harmful environmental toxins, and are increasingly looking to connect with the farmers growing their food.

Over 50 pasture poultry farmers in Georgia, including White Oak Pastures, strive to meet this demand. One of the reasons White Oak Pastures added pastured chicken to its production is to further embrace the Serengeti Plains rotational grazing model. Under this model, large ruminants (cows) are followed by small ruminants (sheep), who are then followed by birds (chickens and turkeys). In the process, pastures are grazed and fertilized in three different ways.

Pasture-based production works with nature. Birds are raised with an all-natural diet, are not administered antibiotics or altered physically to survive the unnatural housing conditions of a CAFO, and are often processed on or near the farm where they are raised. Medium to slow growing breeds are used. Birds are raised up to 12 weeks of age, twice the length of time needed for CAFO birds.

Environmental enrichment, a term that includes perches, raised platforms, pecking objects, bales of straw and wood shavings, are beneficial to chickens and can lead to reduced aggression and improved leg health. Alternative systems should be supported where chickens are of a slower growing breed and are given access to pasture and environmental enrichment so that they are able to perform natural behaviors, such as wing flapping, dust bathing, preening and pecking, with ease.

For poultry, White Oak Pastures is one of only two farms in the nation to receive the Step Five certification. As the largest private employer in Early County, Georgia, the White Oak Pastures business model shows that pastured production methods can be commercially successful alternatives to industrial feedlots. Harris also owns the largest solar barn in the Southeast, which allows him to save 30 percent of the energy costs for running his farm.

cc Creative Commons. This work may be reproduced in whole or in part as long as the original URL and author name are included.

Read other special reports by Rady Ananda HERE
You can help support this information by voting on Reddit HERE.

Rady Ananda is an investigative reporter and researcher in the areas of health, environment, politics, and civil liberties. Her two websites, Food Freedom and COTO Report are essential reading.