The United States has been goading China in the South China Sea dispute for some time now by arming the Philippines – one of the parties in the dispute – and continuing to arm them with more naval vessels and training through joint exercises.

Meanwhile, the West has shifted focus over to the Asia-Pacific region and continues to pour huge sums of money into military hardware which seems to be designed to be deployed in a scenario like what might develop in the South China Sea or a more traditional conflict, perhaps with Iran.

China has been quite vocal in opposing the United States’ antagonistic hegemony and indeed has been increasing their military spending quite a bit.

Now Chinese state media has warned the United States that the dispute in the South China Sea could indeed lead to a military confrontation.

This is hardly surprising seeing as China has repeatedly told the United States to stop meddling in the dispute since America has no vested interests to speak of.

On top of the previous joint military exercises, the military hardware and training, the U.S. is planning on holding yet another joint drill with the Philippines in the region.

The U.S. has seemingly taken a position wherein they support every single party in the dispute so long as they are not Chinese, something which inevitably will lead to conflict.

The dispute has manifested most recently in the “harassment” of Chinese fishing boats in the South China Sea.

Recently, Chinese vessels blocked a Filipino warship from capturing the crews aboard Chinese fishing vessels in the region around what is called the Scarborough Shoal in the Philippines and Huangyan Island in China.

The conflict also flared up when Chinese vessels allegedly harassed a research ship from the Philippines, although China claims that it was the warship that was harassing the fishing boats while urging the research vessel to “leave the area immediately.”

Obviously the situation in the South China Sea is far from stable and the United States is actively making it even more explosive by arming one side and seemingly pushing China to act.

In October of last year, United States Secretary of Defense Leon Panetta made it very clear that this renewed focus on the Asia-Pacific region is not going to end any time soon. 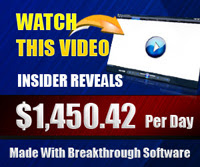 During a press conference in Bali, Indonesia, Panetta stated that “the purpose of my visit is to make very clear to this region and to our allies in the Pacific that we – and when I say we, the president of the United States and the Department of Defense – made very clear that the Pacific will remain a key priority for the United States, that we will maintain our force projection in this area, that we will maintain a presence in this area, that we will remain a Pacific power, and that we will do whatever we can to try to work with the nations of this area to develop a strong security and cooperative relationship.”

The West and allied nations regularly claim that China’s growing naval power is somehow threatening commerce in the region.

This is completely nonsensical since China claiming empty islands in the South China Sea in no way stops or threatens regional commercial activities, while fueling the South China Sea dispute and potentially turning it into a military conflict indeed does just that.

If anyone is to blame in this situation, it is the United States, who continues to be laughably hypocritical by absurdly claiming that China must explain their need for a refurbished Soviet aircraft carrier while the U.S. maintains by far the largest military budget in the world.

Be the first to comment on "China warns US: military confrontation could arise over South China Sea dispute"