Several news sources are reporting the sudden withdraw of China, France and Canada and other nations of foreign nationals, airline flights, diplomats and embassy staff from Syria.

News reports keep coming in of various agencies, companies, workers and diplomatic staff from several countries suddenly evacuating from Syria in an ominous repeat of events that occurred just before the NATO bombing of Libya.

China reports they are evacuating all of their personnel, except those needed to protect oil equipment so they are not caught off-guard in a situation where they have to perform a mass emergency mass evacuation like they did in Libya.

Reports of similar evacuations orders are also coming out of Canada, where the government has also announced stiff sanctions against Libya and issued a declaration of support for the rebels saying Assad must go.

Air-France has just reported that all Syria flights are “suspended until further notice” after cancelling two flights earlier in the week, blaming the cancellations on the “ongoing protests” in Syria. The news comes after France just shut down its embassy services and order evacuations similar to Canada.

The new reports today follow reports out of the UK within the last week issuing orders for the same evacuation of diplomats and embassy services, while ordering citizens to return home. The US had similar orders in February.

Here is a concise round-up of the news reports:

ABC News reports that the Chinese have pulled their workers from Syria.

Most of the Chinese Workers in Syria Are Back Home

China says most of its workers have returned from Syria as conditions there worsen, although about 100 people are still there looking after projects. […]

According to Chinese media reports, more than 5,000 Chinese were living in Syria a year ago. They started to leave as the violence increased and there were only about 700 in the country in November.

Chen said that once the situation in Syria stabilizes the Chinese workers will return to restart the projects, which he did not specify. ABC News

Even further, the China Economic Review reveals the move is to prevent a last-minute rescue of Chinese Nationals like the ones that were needed in Libya last year.

China will withdraw its workers from escalating violence in Syria to avoid a repeat of the last-minute rescue of Chinese nationals in Libya last year, Reuters reported.

Almost 36,000 Chinese nationals were evacuated from Libya last year after China was caught off guard by the eruption of civil war. China Economic Review

As pointed out on the Godlike Productions Conspiracy Forum, the move from China follows a similar move that happened right before NATO began bombing Libya.

This is exactly what the Chinese did just before NATO started their air strikes on Libya on March 19th 2011.

This festival is also celebrated by Alawites.
President Assad is an Alawite…
Syria military intervention to coincide with Eve of Ostara (Ishtar) or Vernal Equinox ritual between March 19th – March 21st 2012? GLP

French national carrier Air France on Wednesday said it had cancelled its Paris-Damascus service “until further notice” because of unrest linked to ongoing protests against the regime of Syrian President Bashar Al-Assad. […]

Last week, France announced that it was closing its embassy in Syria. Ahram

The Start also reports Canada has closed their embassies, while implementing sanctions, declaring their support for the rebels and saying the Assad regime must go. 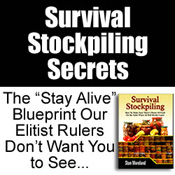 OTTAWA—Canada has withdrawn its remaining diplomats from Syria and closed the embassy in Damascus.

‘Canada has maintained its diplomatic presence in Syria — despite the risks — to monitor developments on the ground and to deliver tough and frank messages to the Syrian authorities,’ Baird said in a statement.

‘These messages will continue to be delivered directly through the Syrian embassy here in Ottawa and through our other international forums.’

Canada has been urging Canadians to leave Syria for months. Any still remaining can still seek consular help through Beirut, Lebanon, or Amman, Jordan.

The closure came as Baird also announced more sanctions against Syria, including a freeze on the assets of the country’s central bank and seven senior ministers in the government of Bashar Assad. […]

The minister said Assad must go.

‘Change will happen. Syrians will have their day — and Canada stands with the Syrian people in their push for a better, brighter future.’ The Star

Not to mention the UK and the US shutting down their embassies and pulling staff out of Libya.

Britain closed its embassy and withdrew all its diplomatic staff from Syria due to security concerns, the UK’s Foreign Office confirmed Thursday. In a statement to lawmakers, British Foreign Secretary William Hague said, ‘I wish to inform the House that I have taken the decision on security grounds to suspend the services of the British Embassy in Damascus and to withdraw all diplomatic staff.’

‘Our Ambassador and diplomatic staff left Syria on 29 February and will return to the UK shortly. British Nationals who remain in Syria despite our longstanding and consistent message to leave the country should contact the Embassy of any remaining EU Member State if they require consular assistance,’ the statement added.

Hague said Britain had maintained its embassy in Damascus despite escalating violence in Syria since the outbreak of protests against the rule of president Bashar al Assad in March 2011.

However, he added that ‘the deterioration of the security situation in Damascus puts our Embassy staff and premises at risk, and have taken the decision to withdraw staff accordingly.’

Britain’s decision comes after the US closed its embassy in Syria and pulled out all its diplomats earlier this month, also citing the “ongoing violence and a deteriorating security situation. […] The New Media Journal

Be the first to comment on "Secret Warning of Military Strike Against Syria Issued?"