Facing direct opposition from the public, biotechnology giants like Monsanto and Dow are now making a disturbing attempt to brainwash developing minds into accepting their genetically modified foods using blatant lies and propaganda.

In a last ditch effort to potentially sway public opinion, the Council for Biotechnology Information (CBI)  has launched the “Biotechnology Basics Activity Book” for kids.

With the intent to be used by ‘agriculture and science teachers’, the activity book spreads absurd lies about GMO crops — even going as far as to say that they ‘improve our health’ and ‘help the environment’.

The book can be seen on the organization’s website, and makes it extremely apparent that it is full of misinformation and propaganda that completely ignores scientific research surrounding genetically modified organisms (GMOs).

In fact, let’s examine some claims made by this book that serves as an ‘educational’ tool to be used by teachers.

The first claim by the activity book is that genetically modified seeds actually grow more food than traditional seeds, and is followed by even more ridiculous statements. The activity book reads:

Hi Kids! Welcome to the Biotechnology Basics Activity Book. This is an activity book for young people like you about biotechnology — a really neat topic…. You will see that biotechnology is being used to figure out how to: 1) grow more food; 2) help the environment; and 3) grow more nutritious food that improves our health. As you work through the puzzles in this book, you will learn more about biotechnology and all of the wonderful ways it can help people live better lives in a healthier world. Have fun! 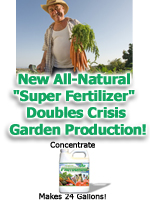 According to 900 scientists, GMO crops actually do not grow more food than traditional farming practices. In fact, they are simply not an effective tool to fight starvation in any capacity, thanks to their excessive costs and immense failure to yield crops.

Funded by the World Bank and United Nations, an organization was created known as the International Assessment of Agricultural Knowledge, Science and Technology for Development (IAASTD). Made up of 900 scientists and researchers, the group — whose mission was to examine the issue of world hunger — found that genetically modified crops were not a meaningful solution to the problem.

Instead, the group found that the genetically modified seeds were outperformed by traditional “agro-ecological” farming practices. Therefore, to say that biotech seeds and crops produce more food than traditional agriculture is not only scientifically incorrect according to these 900 scientists, but it is an outright lie.

Do GMOs ‘Improve Our Health’?

But what about the claim that GMOs improve our health? It turns out nothing could be further from the truth. A prominent review of 19 studies examining the safety of GMO crops found that consumption of GMO corn or soybeans can lead to significant organ disruptions in rats and mice – particularly in the liver and kidneys.

Of course the negative effects do not end there. Monsanto’s modified biopesticide, known as Bt, has been found to be killing human kidney cells in conjunction with Monsanto’s best-selling herbicide Roundup. That’s right, it exhibits direct toxicity to human cells.

Further adding to the long list of negative health consequences that go against the claim that the biotech inventions ‘improve our health’ , Monsanto’s Roundup ready crops have also been linked to mental illness, obesity, infertility, and DNA damage.

Peer-reviewed research shows that Monsanto’s products are far from healthy, and to say that they actually improve our health is truly concerning when you consider the fact that children are reading this information as fact.

The biotechnology organization also failed to mention how Monsanto has been caught running slave labor rings, forcing ‘employees’ into illegal working conditions in which they were forced to work 14 hours or more per day on the field. What’s more, the laborers were unable to leave the premises if they expected to ever receive their pay.

The next claim that needs addressing is perhaps the most ludicrous of them all. Do Monsanto’s products really help the environment as the book claims? Remember, this is given to teachers as scientific information, not just presented as an opinion.

Research has shown that Monsanto’s modified Bt pesticide is actually mutating the very genetic coding of insect life on the planet, creating super resistant ‘mutant’ bugs that are wreaking havoc on farms using Monsanto’s harmful concoctions across the globe. At least 8 populations of insects have developed some form of resistance, with 2 populations resistant to Bt sprays and at least 6 species resistant to Bt crops as a whole.

Perhaps most concerning is the mounting rootworm resistance as a result of Monsanto’s GMO corn usage. A group of 22 academic corn experts recently petitioned the EPA over the extreme danger presented by the crops, urging the EPA to take long-awaited action. The experts sent a letter on March 5th to the agency explaining their worries regarding long-term corn production prospects in light of GMO crops failures. If nothing is done, experts worry that the future of agricultural stability is threatened.

Experts are also concerned about the mass amount of ‘superweeds’ currently springing up around the globe as a result of Monsanto’s Roundup. These resistant weeds currently cover over 4.5 million hectares in the United States alone, though experts estimate the world-wide land coverage to have reached at least 120 million hectares by 2010. The onset of superweeds is being increasingly documented in Australia, Argentina, Brazil, Chile, Europe and South Africa.

The public is not buying the lies regarding Monsanto’s GMO crops, and as a result biotech giants are scrambling to preserve their dwindling role in our society. There is a serious war on for the minds of developing children right now, and it is being waged by government-approved mega corporations who care not for the health of these children but for profits. The claims made within this book are not only scientifically unfounded, but they are seriously dangerous to the health of children and adults alike. This phony book is far from an ‘educational’ resource.