Activist Post
In a world where national sovereignty is rapidly becoming a thing of the past, announcements that the United Nations will be taking the lead on any variety of topics is no longer shocking. Indeed, there is a real push across the world to view the United Nations as the ultimate authority on virtually every issue, from human rights to nutritional content in food.
Through decades of propagandizing, the United Nations has developed an undeserved reputation for humanitarianism and democracy. As a result, the vast majority see the United Nations as a benevolent organization which they can call on to defend human rights in their home countries. Unfortunately, national sovereignty rarely enters into the equation anymore, as the average citizen tends to look straight to the United Nations to address their concerns, bypassing their own governments.
As case in point, a recent report by AFP, entitled, “Experts urge U.N. to address mental health,” discusses how a recent article in PLoS Medicine, a reputable medical journal, has called for the United Nations General Assembly to develop a plan to tackle mental, neurological, and substance-abuse disorders (MNS).

The article was authored by Vikram Patel of the London School of Hygiene and Tropical Medicine and Judith Bass from Johns Hopkins School of Public Health in the United States, among other contributors. They write, “The time has come for recognition at the highest levels of global development, namely the U.N. General Assembly, of the urgent need for a global strategy to address the global burden of MNS disorders.”

They also state that investment is needed in three different, but key, areas – “expanding knowledge about mental health disorders, better access to evidence-based programs of care and treatment, and protection of human rights.”

Although the further understanding of mental health disorders and their treatment is a laudable goal, it is also one in which both the Psychiatric/Psychological complex and the United Nations have a horrible track record.
Indeed, even within individual national boundaries, the Psychiatric/Psychological complex has vastly more authority that it needs or deserves. When one multiplies that oppressive authority with the global jurisdiction of the United Nations, as well as the U.N’s tendency to introduce tyrannical guidelines in its own right, we can see a clear recipe for disaster.

In an excellent breakdown of the situation, the Daily Bell writes,
The ultimate element of this charade (and probably the reason for it) will be a People’s Charter for Mental Health that will provide the opportunity for the elites to create yet more command-and-control bureaucracies.
To begin with these bureaucracies may seem innocent and even innovative. But over time it will become apparent that the UN is setting up some sort of worldwide mental health apparatus to evaluate people’s emotional and intellectual stability.
Worst case – if it gets that far – the UN will try to provide itself not only with the authority to evaluate people’s mental competence but also the authority to send people to mental institutions and re-education camps if they are not sufficiently docile and open to the appropriate level of mind control.
Although this analysis may appear extreme to some, the fact is that it is not nearly as extreme as it may sound at first. Considering the level of control that the Psychiatric/Psychological complex currently wields over our lives, the transition of this undeserved authority from a national level to that of an international body is not at all far-fetched.
Indeed, an authoritarian standard-setting UN-based organization in the areas of mental health would no doubt be an issue for all to be concerned with. The UN has, on virtually every occasion, shown its aptitude toward oppressive legislation, lack of concern for human dignity and individual rights, as well as forcing its guidelines upon the rest of the world by stealth and economic sanctions.
For instance, the standard-setting organization for food, Codex Alimentarius, has consistently forced its guidelines on national governments by virtue of the WTO trade dispute settlement mechanisms. Codex Alimentarius guidelines involve reducing the level of nutrition available in vitamin and mineral supplements, allowing for the increased proliferation of genetically modified food, and unlimited irradiation of food products. (See my book Codex Alimentarius – The End of Health Freedom) 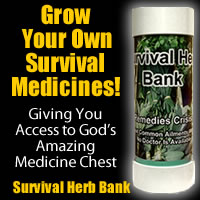 U.N.-related organizations like the IMF (International Monetary Fund) are also highly successful at implementing austerity programs on debt-ridden countries like Greece as a pre-condition for more loans, which are themselves nothing more than an increase of irrational debt by virtue of the sacrifice of living standards and tangible physical wealth.
Even the WTO (World Trade Organization), another U.N.-related agency is famous for dismantling any protectionist tariffs or subsidies imposed by nation states upon cheap products being dumped into their economies. It is also well-known for punishing any nation that even slightly steps away from the agenda of globalism.
A U.N.-controlled bureaucracy overseeing the treatment and diagnosis of mental health disorders, addiction, or anything else that would so greatly involve the individual, is without a doubt a recipe for disaster.
The Psychiatric/Psychological complex already wields entirely too much authority over the lives of supposedly free human beings. This authority, as it currently exists, must be taken away.

We cannot afford to give this industry any more control over our lives, much less give international authority to the detriment of national sovereignty.