Astoundingly, United States Secretary of Defense Leon Panetta openly admitted on national television that Iran is not, in fact, developing nuclear weapons, yet still justified the Western assault on their nuclear program.

On the CBS show “Face the Nation” Panetta stated, in no uncertain terms, that Iran is not trying to develop a nuclear weapon, making one wonder why the United States and the United Nations feel justified in pressuring Iran.

This begs the question: what right does Panetta think the United States – or any nation for that matter – has to dictate if a sovereign nation can conduct peaceful nuclear research?

Furthermore, what is wrong with developing a nuclear capability for research and power generation purposes?

After all, the enriched uranium that the Iranians have been bragging about is only enriched to about 20 percent, whereas weapons-grade uranium is typically enriched to roughly 85 percent.

Uranium-235 enriched to 20 percent is considered “weapons-usable,” but not weapons grade, due to the fact that it would make for a relatively inefficient weapon.

Of course even if Iran was enriching to the point at which the uranium became classified as weapons grade, the parties attempting to shut down the program would have to prove that it was being done to develop offensive weapons.

Yet, unsurprisingly, a typically imbecilic article from the Washington Post ignores everything Panetta said, and instead is hyping the absurdist fear that “Iran is determined to move closer to the ability to make nuclear warheads – despite insistence by the Islamic Republic [and Leon Panetta] that it is enriching only to make reactor fuel.”

Instead of first addressing the statement made by Panetta which punches holes in the entire anti-Iranian fairy tale, the Post quotes the British Foreign Secretary, William Hague, who called the move “a provocative act which further undermines Iran’s claims that its program is entirely civilian in nature.”

While the burden of proof remains on Hague and those holding similar points of view, they continue to make baseless claims, as if it is Iran that has to prove something.

However, they do cite Panetta’s statements on the third page of the story towards the end, writing, “Panetta said Iran is laying the groundwork for making nuclear weapons someday, but is not yet building a bomb.”

“Panetta’s remarks on CBS’ ‘Face the Nation’ reflect the U.S. administration’s long-held view that Iran is not yet committed to building a nuclear arsenal, only to create the industrial and scientific capacity to allow one if its leaders to decide to take that final step,” they added.

Once again we revert to fantastical assumptions which have absolutely no basis in reality or even rudimentary logic.

This kind of thinking is so radically flawed that it is almost laughable that anyone would promulgate such a line of thought, but, unfortunately, it seems to be swallowed up by a disturbing number of Americans, especially in government. 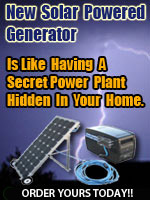 Then again, they could very well know Iran is not a threat to the United States or anyone else and instead are knowingly lying in order to justify sustaining wild military spending when we don’t have so much as a penny to our name.

Creating a conflict is especially pertinent when we have so many problems at home that demand attention and funding, as without some kind of manufactured justification many American people very well might begin to question why our tax money is being handed over to bankers and defense contractors instead of being used to improve the lives of average Americans.

While Panetta clearly says that Iran is not seeking nuclear weapons, it only seems logical to me that they would want to as a deterrent mechanism like the USSR did during the Cold War.

With nearby Israel armed to the teeth with an unregulated nuclear arsenal, and the United States and its allies able to strike Iran at any time with nuclear weapons or other high explosives, does it not seem natural for the nation to seek nuclear weapons as an insurance policy?

Iran has absolutely nothing to gain from using the weapons preemptively against Israel or anyone else, as they know very well that the West is eagerly waiting for a reason to bomb Iran into the Stone Age.

It is hard for me to understand how individuals like Panetta can operate from such an absurd exceptionalist point of view which is so extreme that they seem to be immune to all common sense and logic.

Yet, this is obviously the case,as the United States, and the West as a whole, continues to operate from the position that asserts that only the West and its allies are allowed to research nuclear technology, even when it is admittedly for civilian purposes.

Panetta immediately contradicts himself by once again raising the non-existent threat of nuclear weapons in Iran by saying that it would be a “red line” leading the United States to take action.

Why is this even worth mentioning when they are, in fact, not pursuing nuclear weapons as they have been saying this entire time?

Panetta’s statements and logic (if you can even call it that) are laughably absurd to me. It is like saying that time travel technology would be our red line with China, but since they are not in fact pursuing anything of the sort it is simply fanciful nonsense.

Moreover, why is an attack even being discussed when we know that Iran isn’t building nuclear weapons? Why is it acceptable to consider attacking a nation simply for pursuing the same technology as Western nations? 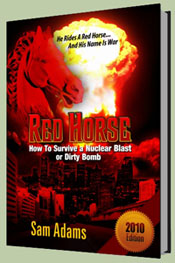 What’s next, the United States, the United Nations and the Western powers saying that Iran can’t build cars or planes because they could have a military application as well?

We have no right to tell Iran what civilian technology they can focus on, just as Iran has no right to tell us what we can do. That is the beauty of a sovereign nation; at least, that’s how it is supposed to be.

However, the double standard here is quite clear: the United States can tell Iran what to do, but under no circumstances can Iran tell us what to do. Why is this acceptable?

All nations should be on equal footing without any special privileges or concessions, if Iran can’t pursue civilian nuclear technology then neither should the United States or any other country for that matter.

These egregious double standards are hardly flattering and likely contribute to the vastly negative image America has abroad.

How anyone can watch the statements made by Panetta in the following clip and still believe that Iran is a threat justifying military action and increased sanctions I do not know, but apparently there are some that are so easily manipulated that this is somehow possible.

Watch the excerpts clipped by Think Progress and leave your impressions in the comments or email me at [email protected] with what you have taken away from what Panetta said.

The unfortunate reality is that despite this all-too-brief moment of truth, chances are the Obama administration is going to continue to hold their aggressive stance against Iran despite the absurdity of doing so.