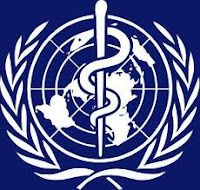 As every nation in the world marches forward to a completely integrated and globalized society, the control of food is an absolute necessity for those who seek to accelerate amalgamation. It is for this reason that we see an increase in domestic legislation that mirrors the guidelines and demands of international standard-setting organizations. These attempts at harmonization of national laws, specifically those regarding food, are coming in daily from all sides of the globe.

Whether it’s the GMO fight in the United States, Mexico, and Europe, or the question of the level of vitamins and minerals in supplements, the Biotech Corporations are continually winning most of their battles with the help of mass ignorance, national governments, the World Trade Organization and similar entities.

Indeed, when one begins to examine many of the debates regarding food and food regulation, one name appears over and over – Codex Alimentarius.

Codex Alimentarius sets the standards by which the World Trade Organization implements its dispute settlements and international trade policies. Codex Guidelines, once agreed upon, are enforced by the WTO and other related treaties. Essentially, Codex sets the standards for the world regarding food, vitamins and minerals, GMO’s, and almost everything else that humans consume.

Although the influence of Codex Alimentarius can be seen the world over, New Zealanders appear to be the latest targets of the international standard-setting organization via a food bill titled  Food Bill 160-2.
Similar to legislation recently passed in the United States, the New Zealand Food Bill essentially turns the right to grow food and share it with others into a regulated and controlled privilege. Food Bill 160-2 would also allow for the control of seeds (specifically heirloom seeds), and the creation of Food Safety Officers that would serve to police the newly designated and loosely termed “food producers.” It would also effectively end the ability of individuals to become and remain self-sufficient.
For instance, the bill defines food so as to include any plant or animal (living or dead by the definitions set forth in the bill) intended for human consumption, as well as:

So much is included in just the “Definitions” section of the bill one could almost write a twenty-page article just on the connotations provided by Section 8 alone. Regardless, as one can clearly see from reading the small portion of the bill quoted above, the terms of the bill are all-encompassing.

Herein, food is defined literally as anything that can be consumed by humans and it retains this definition at whatever the stage of its development.

Not only that, but because many seeds themselves are consumed by humans, seeds naturally fall under this tyrannical legislation as much as anything else.

As a result of the new policies to be implemented as a result of Food Bill 160-2, anyone then engaged in producing and distributing food would be subject to the regulation and monitoring of the new authorization program. Of course, the classification of “food producer,” applies to individuals who grow two or three tomato plants for their own consumption as much as it does to major Agri-businesses.

That being said, there are clearly financial concerns with the new bill as well.  Obviously, Big-Agra would easily be able to pay the monitoring fees for the new Soviet program while small farmers, where they still exist, could not. In addition, individuals would certainly no longer be able to continue selling their food at the local farmers market, local restaurants, or even to other individuals.

For instance, Kate Wilkinson, New Zealand Minister of Food Safety recently stated to Campbell Live that concerns over the Food Bill were part of some kind of “conspiracy theory” and that she didn’t understand where all this “conspiracy theory” was coming from.

Before I continue, I must ask if all this doesn’t sound eerily familiar. It certainly does to me.

Last year, when the United States Congress was busy passing S.510, a bill that was very similar if not identical in scope to the New Zealand Food Bill, we heard the same cat calls of “conspiracy theory” launched at anyone who criticized the impending legislation. Now, in late 2011, after the U.S. government has publicly raided organic food shops, raw milk distributors, and the Amish with guns drawn by clownish looking SWAT teams, the name-calling is a bit harder to justify.

The similarities between the law in the United States and the one being proposed in New Zealand are quite striking, so much in fact that they can scarcely be considered a coincidence — especially when both of these bills are themselves disturbingly similar to Codex Alimentarius Guidelines and recommendations. Indeed, upon closer examination it appears that there is more of a pattern than some members of national governments would have us believe. No doubt this is almost always the case.

But back to Miss “Conspiracy Theory” Kate Wilkinson for a moment. To answer her question as to where all the “conspiracy theories” have come from, perhaps she should look at her own statements.

Indeed, in a letter to Green MP Sue Kedgley, who has expressed some attenuated level of criticism toward the bill, Wilkinson wrote:

The barter or selling of propagation food seeds and food seedlings is in scope [of the Bill] . . . However the sale or exchange of seeds for propagation, and seedlings (whether this occurs in the context of a garden centre, a market, or between those in a community of interest), is not intended to be captured. [emphasis added]

Wilkinson openly admits that seeds can and will be controlled under the new food bill. Hardly a conspiracy theory when the antagonist actually admits it to be true.

Notice also that her pathetic attempt to reassure Kedgley of the harmlessness of the bill is that it is not intended to be used against private citizens who share seeds with one another and their community. Indeed, Wilkinson’s response throughout her letter to Kedgley (pdf) centers around intentions, while, at the same time, openly admits that, “With such broadness, there is inevitably the potential for activities it was never contemplated as ‘in scope’ to be technically captured.”

Of course, before one gets their hopes up in regards to the Green Party, one should bear in mind that politics are politics and the theater of public opinion is much the same in New Zealand as it is in the United States. As New Zealand Food Security reports, the Green Party itself initially voted for this bill. The organization states, “Ignore the [Green Party] blog’s dog-and-pony show propaganda. The Greens, who voted for the Bill at first reading, know the truth is coming out now and are dissembling for extra election votes).” Obviously, the political climate is exactly the same in every country with exactly the same result.

In the end, there should be no mistake as to the goal of these new laws, whether they be in the United States, New Zealand, or anywhere else for that matter. As the world marches faster and faster toward totalitarianism, the ability of individuals to become self-sufficient must be destroyed before the control system can fully assert itself. This, in fact, is an integral part of the system in the first place.
National laws such as S.510 and Food Bill 160-2 are merely the domestic ground-level implementation of international policy handed down from Codex Alimentarius, the World Trade Organization, and the United Nations, entities that are themselves nothing more than tools in the Great Work known as the New World Order.