Globalists Grind Development to a Halt in Myanmar (Burma)

Part of a strategy to confound Chinese expansion, part of a long Malthusian tradition of stifling human progress, the gears of progress have been ground to a halt in yet another sovereign nation at the hands of Wall Street and London’s global corporate-financier interests and their stable of non-governmental organizations (NGOs). Image: The Myitsone Dam, on its way to being the 15th largest in the world until construction was halted in September by a campaign led by Wall Street-puppet Aung San Suu Kyi, a stable of US-funded NGOs, and a terrorist campaign executed by armed groups operating in Kachin State, Myanmar.

The Myitsone Dam, to be located on the Irrawaddy River in the northern Myanmar state of Kachin, will be billed as a “mega-dam,” the 15th largest in the world and to produce an estimated 3,600 to 6,000 megawatts of electricity if constructed.

The dam was to be built as a joint venture between the Myanmar Ministry of Electric Power, Asia World Company, and the China Power Investment Corporation. After completion, the dam was to export a large percentage of its power to China’s Yunnan province, which would be taxed and provide revenue for the Myanmar government, while the remaining power would be used domestically.

This dam would be managed by China under a 50-year deal before being turned over fully to Myanmar.

As a major infrastructure project, and therefore a long-term national asset, the dam would represent a major step in developing Myanmar’s rivers not just for power production, but also for flood control, navigation, and irrigation.

Despite this opportunity to develop Myanmar’s infrastructure and waterways, there has been fierce opposition to the construction of not just the Myitsone Dam, but any dam along Myanmar’s rivers.

While topics like relocations and fair compensation are more than reasonable issues to raise, the main issue that continuously, and suspiciously turns up is instead “environmental impact.” In other words, the backlash in Myanmar isn’t about how the dams will be built, or how those affected will be compensated, but rather a complete, permanent halt on ever developing Myanmar’s rivers.

Not only does this affect China’s investments in Myanmar and their ability to source energy from the region, but it also permanently arrests Myanmar’s development as a modern nation-state. Because even if Myanmar decides to develop their rivers in the future on their own, the obstacles of “environmentalism” and “biodiversity” will still remain.

US NGOs Stopped Construction, Not the People of Myanmar.

While the Western corporate media portrays the opposition as the “will of the people,” a sentiment echoed in Myanmar President Thein Sein’s speech announcing his decision to finally halt construction, upon closer examination we find that is it anything but. Calls to halt construction came from a predictable mixture of Western-funded NGOs working directly with foreign-based umbrella organizations. Additionally, an insidious network of foreign-funded “independent media” organizations supported the NGOs’ efforts within Myanmar and were repeatedly cited by international reports.

One of the most prominent of these NGOs is the “Burma River Network” (BRN). While BRN’s website fails to mention where they get their funding, or who they are affiliated with — California-based, Ford Foundation, Sigrid Rausing Trust, Tides Foundation, Open Society-funded “International Rivers (page 3)” who is also active in blocking the development of Myanmar’s rivers — gives them away by listing them as “partners” alongside the “Kachin Development Networking Group” (KDNG).

Together these organizations interlock, cross-reference, and cross-post with other US-funded NGOs operating in Myanmar. These include the Irrawaddy, Era Journal, and the Democratic Voice of Burma, all admitted by the Burma Campaign UK (page 15) to be funded by the National Endowment for Democracy (NED) along with “Mizzima” also fully funded by NED and Soros’ Open Society.

Of course, each weighed in on the proposed dam, and each portrayed it as having a negative social and environmental impact on Kachin State. US-based International Rivers hailed the halting of construction as a “huge success for civil society groups in Burma, China and internationally,” while NED-created Irrawaddy solemnly reported in 2008, “Irrawaddy Dam Construction Begins, Human Rights Abuses Begin,” where the article bemoans China’s investments in Myanmar before citing a single, anonymous “witness” who claims soldiers providing security for the construction site are disrupting people – as proof of “human rights abuses.” The Irrawaddy also makes reference to the “Kachin Environmental Organization,” a founding member of the above-mentioned “Burma River Network,” who in turn has dedicated entire sections of their website to chastising all dam construction within Myanmar. 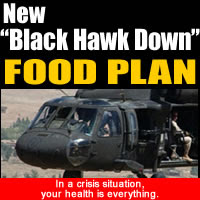 Of course, the primary reason globalists fund “civil society” NGOs is to entirely subvert and replace a target nation’s functioning sovereign government. They then interlock their “civil society” with a global homogenous administrative network that in turn answers to contrived “international institutions” like the International Criminal Court and the UN. This foreign-funded state-within-a-state, when fully established, carries out the agenda of its foreign sponsors generally under the cover of human rights or environmental concerns; or, in the case of the Myitsone Dam, both. Every civil society deep-state needs a leader, and in Myanmar that leader is decidedly Nobel Peace Prize Laureate Aung San Suu Kyi.

As reported previously, Aung San Suu Kyi’s entire existence, as documented by the Burma Campaign UK is owed to both US and British foreign-aid and assistance. It should then be no surprise that Suu Kyi took a leading role protesting and ultimately halting the construction of the Myitsone Dam. The globalist-funded International Rivers reported, “Aung San Suu Kyi Joins the Campaign to Save the Irrawaddy,” while the NED-created Irrawaddy paper reported, “Suu Kyi Attends ‘Save the Irrawaddy’ Art Event.”

Toward the end of September 2011, BBC would finally report the success of Suu Kyi and her army of NGOs in an article titled, “Burma dam: Why Myitsone plan is being halted.” The article cited as reasons for the halt, both alleged inequities within the Myanmar-China deal and repetitive claims that dam was a direct threat to the lives and livelihood of the people living in the area. Of course, the BBC’s sources included the above-mentioned US-funded International Rivers, as well as the armed separatists of the Kachin Independence Organization, who to this day are still fighting against the Myanmar government.

When considering the substantial amount of money US NED puts into Myanmar, which it still refers to as “Burma” on its website, and the manner in which NED divides up its funding by ethnic group instead of amongst the “noble causes” it claims to promote, a clear pattern of promoting Balkanization can be seen – undercutting the legitimacy of the West’s official narrative regarding the dam and the state of affairs in Kachin even further.

Indeed, a concerted effort is being made to Balkanize Myanmar while simultaneously disrupting Chinese investment in the nation. By halting infrastructure development — the only real means of producing wealth and progress — the West leaves Myanmar with empty pockets and only guns to placate a destitute population that is increasingly poisoned rhetorically and divided tactically by an endless torrent of foreign “social development aid.”

As these foreign-funded deep-states rise and increasingly disrupt the central government’s ability to function as a sovereign nation-state, the proper climate will exist for the US to trigger, as it did in the Middle East, an “Asian Spring.” Its seditious, progress-arresting networks have already crept across Southeast Asia. Recently, US Secretary of State Hillary Clinton revealed within the pages of Foreign Policy magazine, plans for “America’s Pacific Century,” the goal of which is to assemble an ASEAN coalition and then align it against China’s emergence as a world power.

As in the Middle East, the ultimate goal is further isolating Moscow and Beijing and ultimately achieving a unipolar international order within which both potential superpowers will be folded. Those looking at Myanmar’s “civil society success” against China’s attempt to develop their waterways must be asking themselves what the West, who played a self-serving central role in the campaign, will replace China’s offer with. The answer is nothing.

In exchange for a mega-dam that would have constituted a tangible, revenue- and electric-generating national asset, the West is giving the people of Myanmar arrested development, the “natural preservation” of their nation, and so-called “social progress.” That is, of course, until at the right moment, the West can enter with their own corporations and strip mine a nation that allowed itself to be divided, weakened, and left without the modern infrastructure and industrial capacity needed not only to sustain a modern civilization, but needed to make a nation self-sufficient, competitive and capable of defending itself.

Be the first to comment on "The Fruits of Globalization: Regression, Destitution, Domination"