In what represents the most confrontation between the West and Russia over the issue of Syrian intervention to date, Haaretz reports that a Syrian news agency said that Russian warships are due to arrive in Syrian territorial waters.

Haaretz characterizes this move as “a clear message to the West that Moscow would resist any foreign intervention in the country’s civil unrest,” and indeed it is a clear message that comes with threat of military repercussions.

Previously Russia has made it clear that they will not support yet another Western intervention in Syria but with the Arab League suspending Syria this week over their crackdown on armed opposition protesters, the stakes are getting higher by the day.

To make the already tense situation astoundingly worse, the former Syrian colonel and current leader of the Free Syrian army is calling for international intervention in no uncertain terms whatsoever.

There is truly nothing left to interpretation anymore, the Syrian opposition is armed, and as Riad al As’ad the leader of the Free Syrian Army said to Businessweek via telephone interview, “Our operations are increasing and we will reach the presidential palace. The regime is going to fall. It may take longer if there is no foreign assistance, but it’s not going to stay. It’s finished.”

“With the three separate attacks this week, they have raised the ante and are preparing the ground for a no- fly zone, similar to the scenario in Libya, which may have the support of a number of countries,” Theodore Karasik, the director of research at the Institute for Near East and Gulf Military Analysis in Dubai told Bloomberg.

While As’ad claims that no country has offered to support the Free Syrian Army yet, the fighting group “welcomes all assistance.”

Yet Mohammad Riad Shaqfa, the exiled leader of the Syrian Muslim Brotherhood said that, “If other interventions are required, such as air protection, because of the regime’s intransigence, then the people will accept Turkish intervention. They do not want Western intervention.”

Either Shaqfa is out of the loop or “all assistance” means “only Turkey.” I tend towards speculating that Shaqfa is just attempting to make foreign intervention more palatable, when in reality Turkey invading would mean Western nations taking part as well.

Of course, like Libya, this would be under the guise of a “support” role which in actuality means flying the vast majority of bombing runs and missions.

Yet Shaqfa’s assertion is completely contrary to the facts.

Reuters reports that France said it was encouraging Syrian opposition groups, including the Paris-based Syrian National Council, yet they claim they are opposed to outside military intervention.

“In any case we are helping them, we are encouraging them to get organized,” French Foreign Minister Alain Juppe told the French BFM Radio.

As’ad is calling for a so-called buffer zone in the north on the border between Syria and Turkey along with another in the south near the Jordanian border, supposedly “to help them bring the fight closer to Assad.”

The Arab League also proposed sending hundreds of so-called observers to Syria, but one wouldn’t be out of line in pointing out that Arab League nations helped obliterate Libya, specifically Qatar which was directing and fighting with the rebels in every major battle throughout the entirety of the uprising.

I believe that it might be a bit foolish to assume that observers are only observers and not so-called “trainers” who will help train, direct and fight with the opposition against Bashar al-Assad’s government.

As I have pointed out countless times now, all of the signs are pointing to a Libya-type scenario unfolding in Syria and all I can say is that I truly hope that I am wrong about this.

However, the Syrian government has already decried the United States’ “blatant interference” in the uprising there, and the reality of American interference is hardly arguable at this point.

Prominent U.S. politicians like John McCain, who just happens to be the top Republican on the Senate Armed Services Committee, have openly called for foreign intervention in Syria.

Earlier this month, the Syrian government accused the United States of funding terrorists in Syria, along with the clear meddling America has participated in recently.

The fact is, just like Libya, these so-called protesters, who are better characterized as a well-armed rebellion, have absolutely no interest in a peaceful resolution.

The Syrian opposition has declared that they will not hold any talks with the Assad government, and we saw this same thing with the al-Qaeda affiliated Libyan rebels.

Lavrov pointed out that the Syrian opposition’s outright refusal to hold talks with the government clearly indicates that they are seeking international backing in the vein of what the Libyan rebels received.

Lavrov further emphasized the fact that international support could well lead to “new bloodshed” in Syria.

The Syrian opposition has also established a proto-government of sorts, straight out of the Western-backed Libyan playbook.

Is anyone else a bit amazed at the fact that they would follow the Libyan blueprint after seeing Libya absolutely decimated?

This is just one of the many pieces of the puzzle indicating that this is a Western-engineered faux revolution to justify armed intervention.

Yet, unlike Libya, Russia has pledged their support to the Assad government and they are actually backing it up with military firepower.

This will undoubtedly make for a much muddier situation for the U.S.-led NATO forces with the help of Arab League nations to wade into.

Lavrov has recently pointed out that the so-called Free Syrian Army assault on an Airforce Intelligence compound on the peripheries of Damascus was “already completely similar to civil war,” and he couldn’t be more correct.

You can no longer pretend to be a peaceful pro-democracy movement when you’re using rocket-propelled grenades and machine guns to assault a military base.

The 10-member military council that leads the Free Syrian Army has taken full credit for this assault while also destroying an armed personnel carrier (APC) at another intelligence agency base in Aleppo, according to the spokesman, Ammar al-Wawi.

The armed assault does not end there, indeed army defectors using rocket-propelled grenades to attack the Baath Party offices in the town of Maaret al-Numan.

As’ad claims that the Free Syrian Army gains 100-200 new members every time they conduct an attack on government targets. 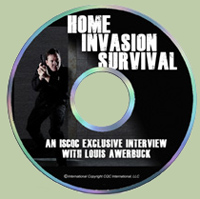 According to As’ad the group’s fighters are spread out amongst all of the hotbeds of conflict that have seen the most action in the eight-month uprising.

These include suburbs of the Syrian capital of Damascus, the central cities of Homs and Hama, the southern region of Daraa, the norther province of Idlib, the port city of Latakia, and the eastern town of Deir al-Zour.

Even the establishment media seems to be picking up on the fact that the Syrian uprising isn’t just a bunch of peace-loving pro-democracy protesters dancing in the streets and hugging each other while the bloodthirsty Assad heartlessly slaughters them.

As Liz Sly for The Washington Post points out, in a blog of course as this is far from front-page material for a rag like The Washington Post, “If there were any doubt that the Syrian uprising is rapidly evolving into an armed insurgency, an unverified video posted on the Internet depicting what appears to be the ambush of a military vehicle by defected soldiers seems to dispel it.”

Her inclusion of “unverified” is a bit out of order seeing as the Free Syrian Army openly brags about the attack.

The Syrian state-run SANA news agency reported a rise in military casualties which clearly indicates that there is a well-armed insurgency in Syria.

The absurd part about this whole Syria debacle is that armed insurgents are free targets for American troops and drones nearly anywhere on Earth, yet when Assad attempts to defend his own government and his military; it is suddenly a humanitarian crisis.

This kind of doublethink and moral pragmatism disgusts me, and the fact that so many Westerners can reconcile this is beyond me.

Hopefully the Russian presence in Syrian territorial waters will deter any foreign invasion, be it Turkey or the U.S.-led NATO forces that are still washing the blood of Libyan civilians off their hands.

Any situation in which foreign troops invade Syria will not be a positive one for the invaders or the people of Syria.

Just like Libya, it will undoubtedly lead to a total destruction of the infrastructure, followed by looting of the natural resources and then the gold rush that is involved in rebuilding a country they just bombed into the Stone Age.