Gholam Shakuri, who the US has claimed is a member of Iran’s elite Quds Force, and behind a bungling plot involving a used-car salesman and undercover US DEA agents to assassinate a Saudi Ambassador in Washington DC, thus serving as an impetus for a war with Iran the US has been desperately pursing for the greater part of a decade, is now being accused by Iran of instead being a member of the French/Iraqi-based Mujahedin-e Khalq Organization (MEK), the Guardian reports. MEK. Admittedly a terrorist organization, listed by the US State Department as being such, it is fully funded, armed, and backed by the United States, based in France and US-occupied Iraq, and allowed to conduct terrorist operations against the Iranian people. The “War on Terror” is a fraud.

Number 28 on the US State Department’s list of “foreign terrorist organizations,” MEK has conducted terrorist operations against both the United States and Iran for decades.

Readers may be shocked then to realize that MEK has been considered by the Fortune 500-funded Brookings Institution as a prime candidate for US-backing in an effort to undermine and remove the Iranian government. In Brookings’ 2009 report, “Which Path to Perisa?” it is stated:

“Perhaps the most prominent (and certainly the most controversial) opposition group that has attracted attention as a potential U.S. proxy is the NCRI (National Council of Resistance of Iran), the political movement established by the MEK (Mujahedin-e Khalq). Critics believe the group to be undemocratic and unpopular, and indeed anti-American. 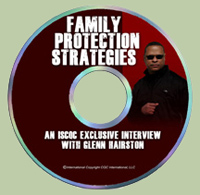 Undeniably, the group has conducted terrorist attacks—often excused by the MEK’s advocates because they are directed against the Iranian government. For example, in 1981, the group bombed the headquarters of the Islamic Republic Party, which was then the clerical leadership’s main political organization, killing an estimated 70 senior officials. More recently, the group has claimed credit for over a dozen mortar attacks, assassinations, and other assaults on Iranian civilian and military targets between 1998 and 2001. At the very least, to work more closely with the group (at least in an overt manner), Washington would need to remove it from the list of foreign terrorist organizations.” page 117-118 of “Which Path to Persia?” Brookings Institution, 2009

Readers may also be shocked to find out that not only has this been proposed, but long ago approved. This was revealed in Seymour Hersh’s 2008 New Yorker article “Preparing the Battlefield,” which stated:

“The M.E.K. has been on the State Department’s terrorist list for more than a decade, yet in recent years the group has received arms and intelligence, directly or indirectly, from the United States. Some of the newly authorized covert funds, the Pentagon consultant told me, may well end up in M.E.K. coffers. “The new task force will work with the M.E.K. The Administration is desperate for results.” He added, “The M.E.K. has no C.P.A. auditing the books, and its leaders are thought to have been lining their pockets for years. If people only knew what the M.E.K. is getting, and how much is going to its bank accounts—and yet it is almost useless for the purposes the Administration intends.”

Readers, in the absence of evidence provided by America’s gun-running Attorney General Eric Holder, must consider which is more plausible; that the DEA entrapped a patsy arranged by MEK who has been training literally inside the United States for years, or that Iran’s elite Quds Forces lapsed into insanity, contradicting years of Iranian foreign policy, noted even by America’s conspiring warmongers as wanting to avoid any justification for Western aggression against their nation.