Sometimes I meditate about sitting on the Moon watching events unfold on Earth.  It seems to help me keep observational perspective on the big picture instead of getting caught up in the emotions of daily news.  I imagine when I’m on the moon that there must be a great deal more beings from around the galaxy also watching the show on our planet.  After all, it’s the greatest show in the universe!

It’s the final episode for this season of the human experiment, and the drama is unfolding at a breathtaking pace.  This cycle of human history has reached a tipping point that will determine the struggle between human freedom or perpetual slavery, whether our environmental habitat will survive, whether our genome will survive high-tech mutations, and whether peace and love will prevail over hatred and war.  Indeed, it’s an exciting time to be observing this planet and a fantastically transformative era to experience.

The controllers of the material world continue pillaging humanity, whose awareness of their victimization begins to grow.  This is causing the control grid to tighten even more drastically on dissent. The environment, ravaged by a predatory economy, is teetering on the point of an extinction level crisis.  Farmers grow genetically altered food and scientists are mutating human DNA to create hybrids, each polluting the natural design.  Fear, division, hatred, and war are becoming harder to sell to a public who are fast developing a case of lover’s remorse.

These awakened humans are aware that this system is corrupting their experience on this planet. It seems these people want freedom in how they pursue food, clothing, shelter and happiness. People who wish to be free from limits of movement, knowledge, health, and behavior. Significantly, these conscious humans carry a far more powerful weapon than the controlling few: principles of love, peace, truth, and liberty.

It’s a changing epoch where revolution is meeting evolution. Will humans free themselves and create a new society in harmony? Or become fully domesticated pets for their abusive masters?  The audience can hardly wait to watch the conclusion.

The establishment media (or information ministry) can no longer control information.  Tyrants can no longer hide their dubious actions behind propaganda. Collective consciousness is expanding beyond the box manufactured by the system. The Internet’s instant access to knowledge has freed humanity’s minds. Before long, multiple sources of free energy will likely go “open source”, threatening to take the whole system down.

The Internet is so powerful for human freedom that the controllers are stuck with three choices: leave it be and lose their control; censor it heavily so only sanctioned ideas are allowed; or shut it down all together.  I would argue each one of these options will ultimately end in their demise.  They don’t have time to censor it heavily before a critical mass of awareness is reached resulting in huge public outcry and overthrow.  If they shut it down, they expose their tyranny for the rest of the sleeping masses to see, also bringing an end to their game.

Surely they know this, and a threat to Internet security is being manufactured accordingly to justify their censorship ambitions.  Similarly, the definition of a “terrorist” is being expanded to anyone who expresses dissenting views of the controllers malevolent agenda. The great showdown is rapidly approaching.

The showdown will likely culminate in a massive event, probably engineered by the controllers.  In other words, when the controllers’ algorithm senses that a critical mass of aware humans is dangerously close, they will trigger the main event.  Three scenarios are being bet on by my meditation pals on the moon: cataclysmic earth changes, global financial meltdown, or global Pearl Harbor event. The event must be so large that it affects everyone on Earth, otherwise it may have the reverse effect of waking up even more people — thus resulting in death for the controllers.

Notably, the only scenario that may be out of their control would be enormous earth changes; a meteor strike, super volcanoes, rapid pole shift, etc.  As devastating as this type of event may be for humanity, it would certainly decentralize civilization against the wishes of the controllers.  For that reason alone, some of the audience are almost hoping for this type of event.  Although collective consciousness may be powerful enough to actually attract such an event, it is the least likely to occur in a controlled matrix. 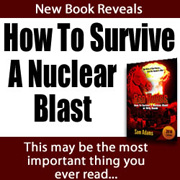 It used to be just doom-and-gloomers predicting a global financial meltdown.  But now nearly everyone who’s paying attention is expecting another, more severe, collapse any day now.  In my opinion, that’s why this will NOT happen — at least not before one of the other main events.  Sure, they’ll continue to suck the blood of the economy and play the pending disaster card for all it’s worth. Yet if the financial system suffers another major catastrophic loss, there may be militias occupying Wall Street, not just peaceniks.  Droves of humans were shaken awake after the 2008 economic collapse and the controllers can’t afford another mass awakening.

A global Pearl Harbor event is becoming the odds-on favorite to occur in the final episode.  This would likely play out as a nuclear attack or a biological weapon released on the public.  A nuclear attack would immediately attract worldwide condemnation on whoever the establishment said executed it.  Even hardened truthers may be emotionally swayed by the scale of the catastrophe.  The victims and their allies will likely retaliate in a way that shakes the core of civilization and makes it easier to control.

In the case of a genuinely deadly biological weapon like a spreading virus, the controllers may lock down entire communities and nations in quarantine and impose draconian measures to “temporarily” deal with the threat. Temporary, like the sunset clause in the USA PATRIOT Act, or the ten-year-old National Emergency the U.S. has been operating under. These events can be fully coordinated, especially in terms of messaging, and will assuredly result in more violence and control.

Of course, there’s always the possibility that they inflict a combination of these atrocities to overload the public’s capacity to think clearly.  Or, as a small minority believes, a real or engineered extraterrestrial threat may surface just in time to frighten the public back into the arms of despotic global leaders.  Significantly, out of desperation to maintain their power, these may be the only moves the controllers have left.  But will they be enough to overcome the human world order — a growing conspiracy for love, peace and liberty? Stay tuned!

Be the first to comment on "Humanity’s Main Event, What a Show!"