The Atlantic Council claims to be a “preeminent, non partisan institution devoted to promoting transatlantic cooperation and international security.” It is partnered with NATO and sponsored financially by some of Wall Street and London’s largest, most powerful corporate-financier interests. These include many of the big oil interests poised to reap a whirlwind of profits over NATO-backed regime change in Libya, namely BP, Chevron, Exxon, and Shell. It also includes defense contractors already enriched by the protracted bloodshed in Northern Africa including Raytheon, BAE, SAAB Technologies, Lockheed Martin, Boeing, General Dynamics, and Northrop Grumman. Additionally, the world’s largest banks and equity firms sponsor Atlantic Council, including Goldman Sachs, JP Morgan, Deutsche Bank, Barclays Capital, the Blackstone Group, Citigroup, and Credit Suisse Bank. There is also a tremendous amount of foundation support, each with a nefarious back-story worthy of their own thorough examination, including the Carnegie Corporation of New York , the Ford Foundation, and billionaire bankster George Soros’ Open Society Institute.

Photos: (Top) Northrup Grumman’s MQ-8 Fire Scout, which made headlines as it was shot down over Libya. (Left) Raytheon Tomahawk cruise missile, employed during the opening phases of NATO’s military intervention in Libya, March of 2011. Both Northrup Grumman and Raytheon, amongst many other defense contractors are financial sponsors of the Atlantic Council, an epicenter providing political and rhetorical support for NATO’s operations in Libya – exposing an astronomical conflict of interest.

But perhaps most alarming is the Council’s sponsorship by a large representation from “reputable” news and media agencies, including Thomson Reuters, News Desk Media, Bloomberg (which includes BusinessWeek), and Google.

Such an elaborate, full-spectrum conflict of interest should be alarming to even the most adamant supporters of the current NATO operation in Libya. We see all of the mechanics necessary to generate the justification for regime change through media, public, and political channels, the military might to carry out the war, and the corporate-financier organizations to fully manipulate and exploit the freshly installed regime, all integrated into a single organization. Without a doubt, the Atlantic Council has pledged unwavering support for the NATO operation, with the post, “Well Done, NATO!” perhaps the most obvious indication that not only is the Council amidst an immense conflict of interest but committing a full range of improprieties stemming from it.

Image: A screenshot showing the Atlantic Council’s very premature victory congratulations extended to NATO even as their operations in Tripoli began to peter out and the full extent of the attempted psychological operation was made public.

Before moving on, it is important to understand just how illegitimate NATO is by examining the Atlantic Council partnered with it, and how the Council is tying together corporate-financier interests and NATO’s military power to sell, execute, and profit from regime change in Libya. As pointed out by Color Revolutions & Geopolitics in their recent article “The Devil Writes a Handbook: “The Responsibility to Protect” (2002),” the humanitarian aspects of the Libyan operation were merely a marketing ploy for yet another poisoned agenda stemming from Wall Street and London’s financial institutions.

The above mentioned Atlantic Council recently penned an article titled “Global Con?” within which senior globalist scribe Arnaud de Borchgrave assaults our sensibility by proposing the following question, “Were the United States, France, Britain, Belgium, Denmark, Norway, Qatar and the United Arab Emirates — the NATO-led coalition that set out to overthrow Col. Moammar Gadhafi’s regime — snookered by al-Qaida?” De Borchgrave concludes that it is a preposterous scenario and indeed he is correct, though not for the reasons he proposes.

De Borchgrave begins by mentioning notorious Neo-Conservative James Woolsey, who in the 1990s was the director of the CIA and was approached by Libya’s Moammar Qaddafi for assistance against terrorists emanating from Libya’s eastern city of Benghazi. Benghazi, of course, is now the current epicenter of the NATO-backed rebellion. Ironically, Woolsey, who de Borchgrave claims is one of the leaders of a campaign “to expose a clandestine Islamist plot to bring Shariah law to America,” is also one of the chief proponents of NATO’s handing of Libya over to these very “Islamist” terrorists today. Woolsey was one of the signatories of an “open letter to House Republicans” imploring Congress to ignore anti-war sentiments amongst their constituents and to do “more to help the Libyan opposition,” which the letter insists “deserves our support.” The letter also advised Congress not to be “held hostage” by the UNSC resolution authorizing the military intervention in the first place, undermining the “international rule of law” the US was supposedly enforcing.

The Atlantic Council piece then goes on to look at recent, damning evidence publicized by Asia Times reporter Pepe Escobar, proving that not only NATO’s earlier claimed “flickers of Al Qaeda” in Libya are indeed raging fires, but that NATO was well aware of the terroristic nature of the rebels long before even the official start of the unrest in February, 2011. The article goes into this evidence in depth and concludes by saying it is “a harum-scarum scenario of NATO snookered by al-Qaida affiliates that can only please China.”

Atlantic Council author de Borchgrave fails entirely to provide any additional insight into Escobar’s report – however as we are about to see, if anything Escobar’s statements are understated and NATO members have been intentionally nurturing Al Qaeda in Libya for nearly 30 years.

For nearly three decades, US and British intelligence agencies have supported terrorist organizations within Libya to wage war against Qaddafi’s government. In an August 3, 1981 Newsweek article titled, “A Plan to Overthrow Kaddafi,” it was stated that:

“The details of the plan were sketchy, but it seemed to be a classic CIA destabilization campaign. One element was a “disinformation” program designed to embarrass Kaddafi and his government. Another was the creation of a “counter government” to challenge his claim to national leadership. A third — potentially the most risky — was an escalating paramilitary campaign, probably by disaffected Libyan nationals, to blow up bridges, conduct small-scale guerrilla operations and demonstrate that Kaddafi was opposed by an indigenous political force.”

Further evidence from around this period of time comes to us from the US Library of Congress where the plan apparently went operational and the Central Intelligence Agency (CIA) trained and supported Libyan terrorists just before they attempted to assassinate Qaddafi in 1984. Then called the “Libyan National Salvation Front” (NFSL), a forerunner of the current “National Conference of Libyan Opposition (NCLO), it would grow over the years and make multiple armed attempts to seize Libya from Qaddafi with CIA and MI6 assistance.

Many of these militants would later form the Libyan Islamic Fighting Group (LIFG) in Afghanistan, also with CIA assistance under the auspices of Osama Bin Laden and what would eventually become Al Qaeda. LIFG fighters then returned to Libya and continued fighting against Qaddafi. At the outbreak of war between the US and Afghanistan, and then later with Iraq, many LIFG fighters would once again go abroad, this time to face US, not Soviet troops. Many of these fighters are now back in Libya, after killing US and British troops, under NATO air cover being handed piecemeal an entire nation. West Point’s Combating Terrorism Center has published two reports now detailing just how entirely Libya’s eastern region is saturated with Al Qaeda linked terrorists, concluding that it is one of the most highly concentrated recruiting grounds for the terror organization anywhere in the world, including Saudi Arabia. One of these reports was published in 2007 – long before the current NATO operation, giving policy makers plenty of warning of just who they would be eventually handing the nation over to in 2011.

For anyone, especially NATO or the US military to feign ignorance as to the constitution of Libya’s rebel fighters is especially insulting since their entire existence is owed to 30 years of material support from Western intelligence agencies and now overt military support. Out of absolute folly, Qaddafi had invited the CIA and MI6 into Libya to help sweep up the remnants of LIFG after 2001. This was under the misguided impression that Al Qaeda constituted a common enemy between his regime and Western governments. It appears that instead of helping Qaddafi fight these terrorists, they instead rearmed them, reorganized them, provided them with freshly trained recruits and sent them back into battle against Qaddafi, culminating in what we are now being told is an “indigenous uprising” by the “people” of Libya.

As the depravity and duplicity of both NATO forces, overtly linked to Wall Street and London corporate-financier interests as illustrated via the Atlantic Council, and their terrorist proxies become more apparent throughout Libya, and now creeping over the Algerian border to breath new life into another notorious Al Qaeda-linked organization, Al-Qaeda in the Islamic Maghreb (AQIM), NATO and the vast media empire supporting its agenda are seeking any and all diversions from their crumbling narrative. Lately accusations have been leveled against China for allegedly attempting to arm Qaddafi’s forces after NATO operations began in March, 2011. While the West claims this is a “violation” of their self-contrived UN mandate prohibiting the arming of belligerents in the Libyan conflict, NATO members, most notably France and Qatar, have been openly supplying weapons to Libyan rebels in direct violation of this very mandate themselves. 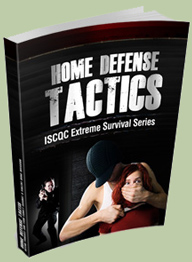 US and UK press agencies are also attempting to muddle the debate by reintroducing the fact that the CIA and MI6 were working with Qaddafi against terrorists, now disingenuously labeled as “dissidents.” We have even been treated to UK Prime Minister David Cameron promising a full inquiry after arch-Al Qaeda LIFG commander Abdulhakim al-Hasadi aka Balhaj demanded an apology from Western security forces for torturing him after being captured while fighting US troops in Central Asia. It should be noted that these “dissidents” are in fact LIFG fighters, listed by both the US State Department and the UK Home Office as a terrorist organization and it is therefore illegal to provide them any material support at all, let alone air cover, weapons, billions of dollars in aid, and diplomatic recognition.

Indeed, the Libyan conflict is a “global con.” Contra to Atlantic Council member Arnaud de Borchgrave’s suggestion that somehow the West was “snookered” by Al Qaeda, it is NATO and its Wall Street/London big oil, military industrial, and banking interests “snookering” the world into believing a noble military intervention is underway in Libya. Indeed, the global con is that under the thin and perpetually peeling veneer of humanitarian concern, lies a vicious looting spree by violent, internationally recognized terroristic mercenaries on the ground supported by the Fortune 500’s military might via NATO.

In addition to the windfall of profits to be made in Libya, it is specifically noted by another global corporate-financier nexus, the Brookings Institution, that the battle for Libya is being waged in order to establish the primacy of “international law” over that of the nation-state. Clearly by “international law,” Brookings means the dictates proposed by think-tanks like itself or the Atlantic Council, rubber stamped by the UN and pursued by an alliance driven by Wall Street and London interests. To portray a bid for global empire as a progressive humanitarian mission to alleviate unrest they themselves created over the course of decades, is indeed a “global con.”

Be the first to comment on "Atlantic Council: Is Libya a “Global Con?”"