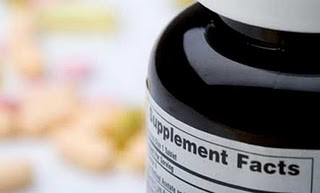 Activist Post
In the previous article I discussed Codex Alimentarius and, more specifically, the DSHEA (Dietary Supplement Health Education Act) in relation to it. I pointed out that the DSHEA law, while a step in the right direction, has major holes in the “protections” it provides for vitamin and mineral supplements. It is therefore important to look at the situation in which natural health advocates find themselves in Europe in order to see the position in which they will soon find themselves in the United States.
Implementation of the Codex machinery has been even more successful in the European Union, at least in relation to vitamin and mineral supplements. In 2002, the EU produced the European Union Food Supplements Directive which is almost identical to the Codex platform for vitamin and mineral supplements.[1]  While a grace period of around eight years was allowed for individual states to exercise their dying sovereignty, the Food Supplements Directive (FSD) went into full effect on December 31, 2009 across the EU, making it the country closest to achieving complete Codex compliance.[2] This deadline has given rise to claims that Codex Alimentarius would be implemented on December 31, 2009 the world over, and that, all of a sudden, natural supplements would no longer be available and themselves be replaced by toxic chemicals. The claim that such a situation would occur is not unbelievable. Rather, it is actually quite probable as one can see through the discussion made thus far. However, that such a situation would occur in such a sudden manner is somewhat less likely.

Unfortunately, most of the people making these claims did so out of ignorance, and some simply were taken out of context. Regardless of how this rumor was started, it is false and those like it only serve to hinder the fight against Codex and obfuscate its dangers. No doubt many woke up on January 1, 2010 and dismissed Codex Alimentarius as a silly conspiracy theory with little relevance to their health based upon the fact that the sky did not fall the night before, as they had been told it would.[3]

That said, a major step in the implementation of Codex standards was taken on December 31, 2009 when the EU FSD went into effect. In many aspects, the FSD is almost a carbon copy of the Codex Alimentarius Guidelines for Vitamin and Mineral Food Supplements. Exuding a philosophical and policy similarity, it is mentioned in one of the opening statements of the Directive that “Excessive intake of vitamins and minerals may result in adverse effects and therefore necessitate the setting of maximum safe levels for them in food supplements.”[4]

From the outset, the FSD expresses the same biased stance towards natural supplements as Codex, even though the adverse effects to taking large amounts of natural supplements are almost completely insignificant, especially when compared to those of pharmaceuticals. Nevertheless, this is the justification used for the ensuing attack on basic god-given rights of European citizens.

Similar to Codex Guidelines, the FSD contains provisions for the establishment of maximum levels of nutrient content for supplements. Paragraph 14 states:

Not only does the FSD provide for maximum levels for nutrients, it also bases its determinations, as does Codex, on the flawed methodology known as risk assessment.

Also, it will take the Global Average Daily Diet into account. This is what is meant when it states that “intakes of those nutrients from the normal diet” will be given due account.[6]

It seems very suspect that a supposedly unrelated “regulatory” agency and a European Union law would contain the exact same language without some kind of common connection between the two. Indeed, as mentioned above, while the rest of the law might not be a literal word-for-word carbon copy of the Guidelines, in principle it is exactly that. It should be a cause for concern or, at the very least, skeptical curiosity, when laws or policies begin to be enacted simultaneously in different countries and/or international governing and administrative bodies.

The FSD also provides for the establishment of minimum levels of nutrients. It states, “To ensure that significant amounts of vitamins and minerals are present in food supplements, minimum amounts per daily portion of consumption as recommended by the manufacturer shall be set, as appropriate.”[8]   Although, unlike the Codex Guidelines, the Directive is not specific in terms of percentages, it clearly provides for the two-pronged attack of simultaneous maximum and minimum levels of nutrients in food supplements.

The most frightening aspect of the FSD, however, is not the maximum and minimum levels but the Positive and Negative Lists that are created. All the vitamins and minerals allowed in food supplements are included in the FSD Positive List, while those not included are completely banned for use in supplementation. [9]  The list itself is quite restrictive, prohibiting the production, sale, and distribution of many different vitamin and mineral substances. As the Directive states:

Only vitamins and minerals normally found in, and consumed as part of, the diet should be allowed to be present in food supplements although that this does not mean that their presence therein is necessary. Controversy as to the identity of those nutrients that could potentially arise should be avoided. Therefore, it is appropriate to establish a positive list of those vitamins and minerals.[10]

Restricting the inclusion of vitamins and minerals to only those that are part of the diet is bad enough. However, the language of “only vitamins and minerals normally found in, and consumed as part of, the diet,” adds an even more limiting scope.[11]  This is because such language not only limits the approved substances to those found in food, but to those found in the diet of Europeans specifically. Even then, it is only those substances that are “normally” consumed.

Also, the antipathy towards the discovery of new nutrients is clearly expressed in the desire to avoid controversy “as to the identity of those nutrients that could potentially arise.”[12]

Not only that, but the Directive quietly gives the Council and the Commission of the EU the authority to remove any substance that it wishes from the Positive List. In Article 4, section 5 of the Directive it states, “Modification to the lists referred to in paragraph 1 [the Positive Lists] shall be adopted in accordance with the procedure referred to in Article 13(2).”[13]  Article 13, Section 2 then reads, “When reference is made to this paragraph, Articles 5 and 7 of Decision 1999/468/EC shall apply, having regard to the provisions of Article 8 thereof.”[14]  When one reads these sections of the cited law, it becomes apparent that the authority to change those substances on the Positive Lists is granted to the Council and the Commission.[15]

Considering the various mechanisms of the WTO, it is only a matter of time before the EU decides to take the US to international trade court over its more liberal supplement market. If this ever occurs, the protections provided by DSHEA will immediately disappear and we would see an immediate change of policy towards natural supplements. This is precisely why the EU FSD means so much to the US DSHEA.

Be the first to comment on "Weakness of U.S. Natural Health Laws Revealed in Europe"