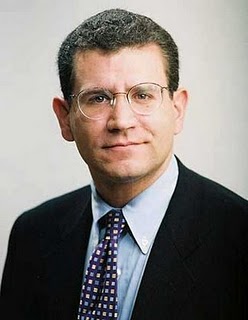 “Which Path to Persia?” was a Brookings Institute report written in 2009 describing in excruciating detail the Anglo-Americans’ designs against Iran. It included plans for provoking war with Iran, arming and supporting terrorists within Iran, and the funding and organizing of a color revolution, all within the admitted backdrop, not of protecting the continental United States from a dangerous Iran, but rather protecting American hegemony in the Middle East. And of course, the overthrow and reformation of Iran serves to further isolate Russia and China and reassert Anglo-American unipolar global hegemony.

One of the authors of this report was Brookings policy wonk, former CIA Persian Gulf military analyst, and Council on Foreign Relations (CFR) member, Kenneth Pollack. One might wonder what ever became of the “Which Path to Persia?” report and what policy wonks like Pollack might be saying about the current conflagration consuming the Middle East and Northern Africa. Wonder no more.

In a recent article published in the globalist clearinghouse “The National Interest” titled “Bifurcating the Middle East,” Pollack provides us with an encore presentation and a disturbing confirmation of many geopolitical analysts’ worst fears regarding the current power play in progress. Pollack describes the situation in the Middle East as one where a line has been draw dividing regimes committed to the next step in “democratization” (read: globalization) and regimes who have opted for the “bad old Middle East.”

Libya, Syria, and Iran are, not surprisingly, part of the “bad old Middle East” while Tunisia, Egypt, and even Saudi Arabia are lauded for having responded positively to US threats and acts of destabilization. It appears, judging from Pollack’s analysis, that regimes like Jordan and Saudi Arabia responded with preemptive concessions to the Anglo-American establishment in order to forgo the uncertainty of challenging Western-backed full-scale destabilization efforts.

Pollack goes on to state that America will now back these “progressive,” “reformist” camps and identify Iran as a continued “major threat” in a way that “rallies the Arab street to our side and against Iran and is consistent with our new emphasis on reform and transformation.”

This echos the forewarning of historian and noted geopolitical analyst Dr. Webster Tarpley who has from the beginning stated that the various possible governments resulting from these engineered revolutions “could then be used to support the fundamental US-UK strategy for the Middle East, which is to assemble a block of Arab and Sunni countries (notably Egypt, Saudis, Gulf states, and Jordan) which, formed into a front with the participation of Israel, would collide with the Iranian Shiite front, including Syria, Hezbollah, Hamas, and various radical forces.”

In a recent BBC interview with globalist George Soros, the man underwriting the current destabilization efforts and the “Funding Father” of the new Egyptian constitution, he stated that the Iranian government would be overthrown in the “bloodiest of the revolutions.” Going back the the blueprint for Iranian regime change co-authored by Kenneth Pollack and considering his latest sentiments that regime change is being pursued with renewed vigor, it is important to note why someone like Soros may suspect a bloodbath is on the horizon.

Soros’ comments about high oil prices triggering “revolutions” in other parts of the world is also very alarming. China in particular would be very vulnerable to rising energy prices coupled with potential disruptions of their oil supplies in the Middle East and North Africa.

The Brookings “Which Path to Persia?” report concludes that Iran will most assuredly crush the next “green revolution” at any cost, ensuring its failure. To counter this inevitable failure, several options are put on the table (p 109, 110):

“Consequently, if the United states is to pursue this policy, Washington must take this possibility into consideration. It adds some very important requirements to the list: either the policy must include ways to weaken the Iranian military or weaken the willingness of the regime’s leaders to call on the military, or else the United states must be ready to intervene to defeat it.”

It can be assumed that intervention will take the form and tone of the West’s current operations in and around Libya and its armed rebellion as well as the expansion of the already “in-progress” covert war being run inside of Iran. During the 2010 globalist-backed “red” color revolution in Bangkok, Thailand, similar military support was provided, albeit domestically, to aid the efforts of the lightly-armed protesters, which included an April 10 ambush and massacre of 8 Thai soldiers and rolling gun battles and grenade attacks over the course of 2 months. Ultimately such militant support failed, and it is likely to fail in Iran as well, unless extreme and more direct measures are taken.

To assess the accuracy of Pollack’s analysis, the upcoming Saudi “Day of Rage” on March 11 and whether or not it is thrown under the bus or propelled to the height of violence, chaos, and disruption seen in Egypt and Libya, must be considered. Should the Saudis come out the other side unscathed, concessions will have been agreed upon, and as Dr. Tarpley has warned, we will be one step closer to war with Iran.

One final note should be made. The “Neo-Con” wing of the globalist oligarchy who has been actively supporting and funding the various color revolutions around the world, also produced a very timely propaganda piece titled “Iranium.” Out of the studios of the “Clarion Fund,” literally chaired by the likes of PNAC members Frank Gaffney and Daniel Pipes, it was released fortuitously in January 2011, right in the midst of the various ongoing “Arab uprisings.” The concluding theme of “Iranium,” of course is “a new revolution” in Iran.

Such a revolution in Iran will only be crushed again if Washington and London are unable to create the support needed to “intervene” on behalf of the protesters. Kenneth Pollack’s recent affirmation confirms that indeed, this “consensus” and support is already in the process of being created.

Be the first to comment on "United Front Against Iran"