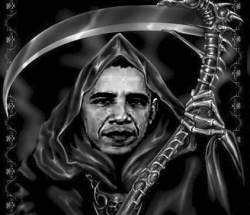 Activist Post
From the moment the Obama healthcare bill became an issue in mainstream American politics, anyone who suggested that the bill included rationing and/or death panels was considered any number of things – particularly a conspiracy theorist, racist, or someone who just hated the President for whatever general reason. I know whereof I speak. This was the general reaction I received after I wrote an article entitled Obamacare Is A Eugenics Program.
Yet regardless of public opinion, in the years and months since this article was published, the United States medical system has unmistakably moved in the direction of rationing and death panels.
In addition to the Presidential appointees who openly espouse rationing, as I discussed in the article linked above, the creation of rationing panels (aka death panels), and the massive cuts  made to Medicare and Medicaid, the recent revelation of new procedures being used to determine who receives kidneys for transplant purposes should serve only to reinforce the belief that rationing is not coming – it is here.
In an article entitled, Under kidney transplant proposal, younger patients would get the best organs, published in the Washington Post on February 24, 2011, it is reported that the American organ transplant network is considering revamping its current procedure for determining who receives kidneys to a policy that favors younger, healthier people over older, sicker ones.
Currently, the decision to provide a kidney for transplant is based on who has been on the waiting list longest. However, the proposed changes would make it so that a formula must be followed in order to make the decision as to who received the kidney. Age and health would be the greatest factor in the formula, with preference given to those who are younger and generally healthier than older and sicker patients. All this would be done under the guise of maximizing the number of years of benefit provided by the organ.
Predictably, many bioethicists are lauding the changes proposed by the United Network for Organ Sharing (UNOS), a private “non-profit” group who was contracted by the Federal government to conduct organ allocation, as a breakthrough.
The new guidelines being proposed by UNOS bear a striking resemblance to those put forward in the Obama health plan which focuses on “cost-effectiveness” and “outcome-based measures,” guidelines which effectively remove care from the elderly, disabled, and chronically ill as these individuals are seen to benefit much less in terms of years after the treatment. Indeed, these are the guidelines promoted by the Federal Coordinating Council for Comparative Effectiveness Research, one of the rationing boards which was created under the 2009 Stimulus package in anticipation of the Obamacare passage.
As Arthur C. Caplan, a bioethicist [read eugenicist] from the University of Pennsylvania says in the Post article:

It’s a big shift. For a long time, the whole program has been oriented toward waiting-list time. This is moving it away from a save-the-sickest strategy to trying to get a yield in terms of years of life saved.

The eugenics movement, particularly in the area of healthcare, has existed in this country for ages. However, it has recently accelerated its move towards implementation of full-scale rationing and the cutting off of services and treatment to those deemed as unfit. Namely, those who need it the most.
Cuts to Medicare and Medicaid, “cost-effective” and “outcome-based” measures, and the implementation of this new transplant policy is only the start.
Even both the Washington Post and Arthur C. Caplan admit that the kidney transplant procedures are not the only issue here. According to Rob Stein, Caplan claims that “if adopted, the approach could have implications for other decisions about how to allocate scarce medical resources, such as expensive cancer drugs and ventilators during hurricanes and other emergencies . . .”
Not only that, but Caplan openly admits that rationing is the goal.

There is absolutely no doubt that these new guidelines are a “canary in the cave” type debate. The eugenicists that run our government have realized that we will accept cuts in existing healthcare programs to the elderly and disabled that amount to death panels. They have realized that we will accept the actual creation of death panels that operate openly in front of us and they have realized that we will put up virtually no resistance to them when this is done. Simply put, the canary in the cave is still singing and we have given the eugenicists no real reason to scale back their plans.
Nevertheless, the goal of this new proposal is clear to anyone with eyes to see. After all, the chronically ill, the disabled, and the elderly are usually the first to go in a eugenics-based society. Because these individuals no longer produce, and require the constant care of others, they are no longer considered to be an asset to those who view them merely as machines in the first place.

Related Article:
A Liberal’s Awakening to the Reality of ObamaCare