We can no longer afford to waste our time fearing some unknown and unidentifiable terrorist from some far away country; our greatest threat is far closer and much more present: the department of Homeland Security.  While the numerous spy agencies existing today in the US become bloated with not only unlawful powers and authority, massive amounts of borrowed money is used to expand these threats to a once free, America.

Across the country, fusion centers methodically gather data of all kinds on everyday American citizens.  According to the Department of Homeland Security (DHS) website:

So we have 72 of these centers operating across the US, spying, data-mining, gathering useless information of all kinds on everyday people so as to empower the militarized police departments, sheriffs departments and a host of agents of all kinds operating under the umbrella of the federal government and existing almost for no other reason than to spy on …us.

The site goes on to claim:

The national security enterprise must reach beyond the capabilities of the federal government and national Intelligence Community to identify and warn about impending plots that could impact the homeland, particularly when the individuals responsible for the threats operate within the United States and do not travel or communicate with others overseas.(I think that would be most of us) By building trusted relationships and collaborating with SLTT and private sector partners, (like the Southern Poverty Law Center and other un-American entities) fusion centers can gather and share the information necessary to pursue and disrupt activities (protests, rallys, public meetings, etc.) that may be indicators of, or potential precursors to, terrorist activity(terrorist activities= any activity or speech not approved by government). (in set notations by author)

So now it isn’t just our local law enforcement that has been co-opted but also “private sector partners”.  Meaning people and businesses within our country and communities who will turn on the rest of us at the drop of a hat.

So what might those potential precursors to terrorist activities be? 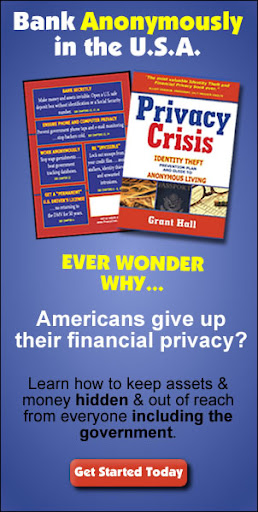 It appears that anyone meeting publicly for political reasons, people against animal cruelty, environmentalists, anyone who opposes fracking mining, anyone who thinks the government is operating outside its authority, alternative news sources, Ron Paul supporters, gun supporters, constitutionalists, civil rights activists, anyone who supports the bill of rights, anyone who is researching the law, anyone who speaks out about the corruption in government, anti-corporatists, state sovereignty supporters, individual rights supporters, property rights advocates and of course those who think the TSA sexual assaults just to board a plane….these are all threats to national security, i,e., the federal government.

The list of more than the admitted 750,000 names and groups compiled by DHS as a “threat to America” is long.  Basically, it just gets down to anyone or any group who refuses to comply; to submit quietly, must surely be targeted for possible future aggressive activity by DHS and its hired guns, spies, agents and whoever else they can slap a badge on.

Included in this fascist dictatorial brew of spying, data mining and illegal activity by the government under the guise of “making us safe” is of course the new Utah Spy Center:

Today is groundbreaking day for the Utah Data Center, a $1.2 billion project which will employ more than 10,000 people for its construction, and is thus seen as the salvation for the state’s beleaguered construction industry; the National Security Agency (NSA) will use the climate-controlled environment of its computerized core as a repository for information gathered by different branches of the country’s intelligence apparatus, hence the facility’s nickname, “The Spy Center.”

(All the information gathered from violating your privacy for no other reason than this: who is to stop them?)

Groundbreaking, indeed!  This center will exist for no other reason than to manage all the information unlawfully gathered on legal US citizens. After all, the government may decide at some time in the future that they want to prosecute you for speaking out, voicing your opinion and dissent or attending a public rally for like purposes.  They will need all the useless trivia they have gathered about you to build their criminal case against you.  Of course, no one in this Nazi style organization is or will be required to determine the accuracy or relevance of the data collected, and they have no obligation to prove that the data they claim applies to you, actually does.

And we sit here and allow this facility to be constructed; a facility that will house all the unlawfully gathered information about each and every one of us.  There should be no surprise in this….we never objected to the fusion (homegrown spy centers) centers either.

The 1.2 billion spent on this facility that is an abomination to a free nation, could have just as easily be applied to start-up manufacturing endeavors which would have supplied Utah with long term jobs and a more stable economy, but that might have made them a little too independent.  1.2 billion could have been spent doing something positive, instead of constructing  a facility that is a clear and present danger to our existence.

Our country is being divided into two camps.  Those who work for the government and those who don’t.  With the federal government now the largest employer, one which is expanding its employee base by the day, our days are obviously numbered.

In our population are too many who will put a government badge on and forget who they are, and where and what they come from.

Related Article by Marti Oakley:
Snitching on Your Neighbor in Oklahoma

Be the first to comment on "Homegrown spy agencies: A threat to us all"