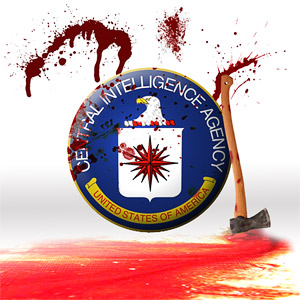 CIA officers who were involved in cases of wrongful imprisonment, mistreatment and even detainee deaths have often avoided serious punishment and in many cases been promoted within the agency [1], an investigation by the Associated Press has found.

Take the case of German citizen Khaled El-Masri, who was kidnapped and transferred to a secret prison in Afghanistan for interrogation in 2003. U.S. officials have since admitted that the CIA wrongfully imprisoned El-Masri [2].

Though the lawyer who signed off on the decision received a reprimand, the CIA never punished the analyst who pressed for El-Masri’s wrongful rendition, despite recommendations from the CIA’s inspector general, AP reported.

A former CIA official told [2] the Washington Post in 2005 that the analyst “didn’t really know. She just had a hunch” when she made the decision regarding El-Masri. The analyst now runs the CIA’s Global Jihad unit, which leads the U.S. government’s counterterrorism efforts against al-Qaeda.

She’s hardly the only example of the CIA’s failure to hold officers accountable for their decisions. Other cases in the AP story in which officers made serious mistakes with little to no punishment include:

Be the first to comment on "CIA Officials Involved in Abuse and Wrongful Detention Rarely Reprimanded, Sometimes Promoted"