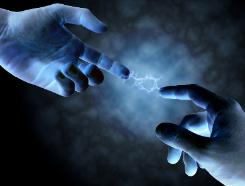 Oil has been the lifeblood of our modern civilization for the last hundred years, and we have become dangerously dependent on it.  As demand ramps up in the developing world, easily accessible reserves continue to diminish.  Experts and executives alike have highlighted a return to $150 per barrel oil in their predictions for 2011. If this price for oil becomes reality, it will virtually suck the remaining wealth out of an economy that is already in critical condition, just as it did before the financial collapse of 2008.

Oil presents other problems ranging from its location in unfriendly parts of the world, increased cost of extraction, cartel control over pricing and supply, costs of wars to secure it, its inherently non-renewable and polluting nature, to theories of Peak Oil.  It is a fragile system, to say the least, which has driven new innovation into alternative energy.

Only good can come from such endeavors, so it is worth examining 9 potential breakthroughs that will boost the energy revolution:

1. Motion Power: Power created by kinetic energy can come from a multitude of sources that occur in our everyday life, ranging from cars driving over panels, to pedestrians walking on sidewalks.  Great promise is held in the area of small electronics, where kinetic energy can all but replace the need for rechargeable batteries, as well as offer a huge increase in battery life.

2. Ethanol: David Blume is an organic farmer leading the alcohol revolution.  Blume counters the prevailing notion that corn is the only viable source for ethanol.  With today’s news that corn rationing needs to begin, it is comforting to hear that there are other crops available, which also have the added benefit of the ability to produce on non-prime farmland.  The video below outlines Blume’s vision:

3. Bloom Box: A “power plant in a box,” it is built with patented solid oxide fuel cell technology.  It is a new class of distributed power generator that operates through a clean, electro-chemical process, rather than dirty and inefficient combustion.  Each Bloom Energy Server provides 100kW of power, enough to meet the baseload needs of 100 average homes, or a small office building . . . day and night in roughly the footprint of a standard parking space.

4. Flow Batteries:  Companies are busy at work creating a home version of the energy storage system currently used in an industrial capacity.  Flow battery technology in effect reverses fuel cells, using plentiful zinc bromide.  They can store unused wind and solar energy for use later when it is needed.

5. Thorium: Thorium is a naturally occurring element, slightly radioactive, that is far more common in the ground than uranium. The first nuclear reactor fueled by thorium will be built in about five years, with more to come.  Thorium has a lot of practical advantages over the more commonly used uranium, and it can churn out the same amount of emission-free electricity to power the United States.  Thorium is safer, produces less waste, and is abundant in the United States.  It is also less likely to cause accidents, and can’t be used by terrorists for dirty bombs.

6. Space Power: Solaren, PowerSat, Space Energy and others working on orbital power are getting a lift from state laws requiring more use of renewable sources. Space power is electricity generated by an orbiting solar cell plant and transmitted as microwaves to Earth where it is converted to electricity.  Below is an interesting example of a homemade device that harnesses similar technology.

7. Spray on Solar Cells: Anticipated to be in full production by 2015. University and private labs in the United States, Australia, Switzerland and Canada are developing cost-effective plastic coatings for weather proofing. When painted on building rooftops and exteriors, they’ll absorb sunlight and produce electricity just as bulky solar panels do now.  The developers claim cell coatings could generate power even on cloudy days, making this solar catcher up to three times more efficient than today’s solar modules.

8. Plastic into Oil:  This invention derived from one man’s desire to reduce the trash problem in Japan.  A standard conversion unit can fit on a desk top, and operates as simply as putting trash in a garbage disposal.  The converter heats up the plastic into its liquid boiling state which becomes gas.  It then passes through a tube into a smaller container filled with tap water which cools the gas, forming oil.  From there, the oil can be processed into gasoline, diesel, and kerosene.

9. Magnetic Generator:  The idea of “free energy” has spawned inventions that range from the ridiculous to the plausible.  It would be the ultimate revolution if anyone could harness such an energy source . . . especially right in their own home.  There has been a revival of free energy ideas, and the magnetic generator is a promising invention.  It uses Energy By Motion to harness the electromagnetic field itself, which is outlined in the video below: