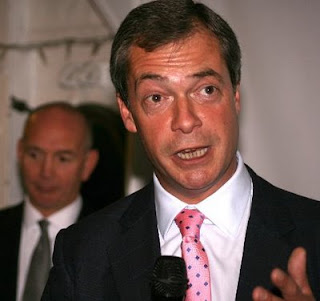 IS it time to leave the European Union, would we be Better Off Out? As the Daily Express courageously insists: Of course we would.

Over the last 20 years I have been promoting the very simple idea that our country would be doing itself, its people and the rest of the world a great favour by returning to self-governance. And this is why.

We would be Better Off Out financially by simply not paying the £48million a day to the European Union. This would be money better spent at home with priorities set by our elected representatives, rather than returned in part with European conditions.

We would be Better Off Out financially minus the dead weight of regulation that makes the life of our businesspeople a misery.

RELATED ARTICLE:
Citizens of Europe Rage Against the Machine

RELATED VIDEO:
Farage to EU: Who the hell do you think you are?

Be the first to comment on "Nigel Farage: Why We Would be Better Off Out of This Chaos"