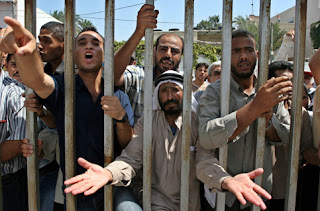 In 2007, when Israel began its full siege on Gaza, Dov Weisglass, adviser to then Prime-Minister Ehud Olmert, stated clearly, “The idea is to put the Palestinians on a diet, but not to make them die of hunger.” The documents now released contain equations used by the Israeli government to calculate the exact amounts of food, fuel and other necessities needed to do exactly that.