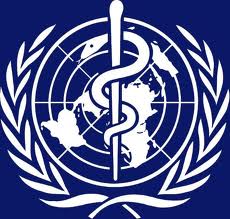 Codex is merely another tool in the chest of an elite group of individuals whose goal is to create a one world government in which they wield complete control. Power over the food supply is essential in order to achieve this. As will be discussed later, Codex Alimentarius will be “implemented” whenever guidelines are established and national governments begin to arrange their domestic laws in accordance with the standards set by the organization.

The existence of Codex Alimentarius as a policy-making body has roots going back over a hundred years. The name itself, Codex Alimentarius, is Latin for “food code”[1]  and directly descended from the Codex Alimentarius Austriacus, a set of standards and descriptions of a variety of foods in the Austria-Hungarian Empire between 1897 and 1911.[2] This set of standards was the brainchild of both the food industry and academia and was used by the courts in order to determine food identity in a legal fashion.

Even as far back as 1897, nations were being pushed toward harmonization of national laws into an international set of standards that would reduce the “barriers to trade” created by differences in national laws.[3] As the Codex Alimentarius Austriacus gained steam in its localized area, the idea of having a single set of standards for all of Europe began to pick up steam as well. From 1954-1958, Austria successfully pursued the creation of the Codex Alimentarius Europaeus (the European Codex Alimentarius). Almost immediately the UN directed FAO (Food and Agricultural Organization) sprang into action when the FAO Regional Conference for Europe expressed the desire for a global international set of standards for food. The FAO Regional Conference then sent a proposal up the chain of command to the FAO itself with the suggestion to create a joint FAO/WHO programme dealing with food standards.

Although created under the auspices of the FAO and the WHO, there is some controversy regarding individuals who may or may not have participated in the establishment of Codex. Many anti-Codex organizations have asserted that Nazi war criminals, Fritz Ter Meer[6] and Hermann Schmitz[7] in particular, were principal architects of the organization. Because many of these claims are made with only indirect evidence, or no evidence at all, one might be tempted to disregard them at first glance. However, as the allegations gain more and more adherents, Codex has attempted to refute them. In its Frequently Asked Questions section, Codex answers the question, “Is it true that Codex was created by a former war criminal to control the world food supply?”[8]  It then goes on to answer the charges by stating:

No. It is a false claim. You just need to type the words “Codex Alimentarius” in any search engine and you will find lots of these rumors about Codex. Usually the people spreading them will give no proof but will ask you to send donations or to sign petitions against Codex.

Truthful information about Codex is found on the Internet – there is nothing to hide from our side – we are a public institution working in public for the public – we are happy if people want to know more about our work and ask questions. There is an official Codex Contact Point in each member country who will be pleased to answer your questions on Codex.[9]

But, as one can see from the statement above, Codex’s response does very little to answer this question beyond simply disagreeing with it. While it is true that many individuals who make this claim provide little evidence for it, the presentation of the information does not necessarily negate its truthfulness. In fact, Codex offers its own website as a source for accurate information about the organization; yet, beyond the FAQ section, there is nothing to be found that is relevant to the “war criminal” allegations. Furthermore, the codexalimentarius.net website is virtually indecipherable, almost to the point of being completely useless. In the end, this response raises more questions than it answers. This is because Codex, if it wanted, could put these rumors to rest by simply posting a list of the individuals and organizations that funded or played an integral role in its creation. However, it does nothing of the sort. Beyond mentioning the FAO and the WHO, we are completely unaware of who or how many other individuals and organizations participated in the creation of Codex Alimentarius.

The “war criminal” claims center around the chemical conglomerate known as I.G. Farben. I.G. Farben was made up of several German chemical firms including, BASF, Bayer, Hoechst and AGFA,[10] that merged together. It was essentially the manufacturing wing of the Third Reich and was the engine behind the Nazi war machine. The company provided the vast majority of explosives and synthetic gasoline used for the military conquest and murder of millions. It also manufactured the now infamous Zyklon-B gas used in the gas chambers.  Not only that, but it was influential in the conducting of experiments on concentration camp victims. Indeed, camp victims were often purchased outright at the behest of the company for the express purposes of testing by several different branches of the company, particularly Bayer and Hoechst.

Without I.G. Farben, the German wars simply could not have been sustained. During the Nuremberg war trials, the tribunal convicted 24 board members and executives of the company and dissolved it into several different daughter companies. Namely, BASF, Hoechst (later to be known as Aventis), and Bayer. By 1951, virtually all 24 of these executives were released, including Fritz Ter Meer and Hermann Schmitz. Ter Meer had been a member of the I.G. Farben executive committee from 1926-1945 and also a member of the working committee and the technical committee as well as a director of the infamous Section II. He was also the ambassador to Italy given full power by the Reich Minister for armaments and war production and was the industrialist most responsible for Auschwitz. Schmitz was also a member of the I.G. Farben executive committee from 1926-1935, and was chairman of the board and “head of finances” from 1935-1945. He was also head of military economics and a member of the Nazi party. Both men were found guilty by the Nuremberg war tribunal in 1948, yet Schmitz was released in 1950 and Ter Meer in 1952.[11]

After all this, Schmitz was appointed board member of the German bank of Berlin West in 1952 and in 1956, the honorary chairman of the board of Rheinish steel plants. Ter Meer, however, was even more successful. Upon his release, he was appointed board member of Bayer in 1955 and, in 1956 was appointed chairman. In the years following, he would take on many additional roles such as chairman of the board of Theodore Goldschmidt AG, deputy chairman of the board of Commerzbank and Bank-Association AG, as well as a board member of the Waggonfabrik Uerdingen, Duesseldorger Waggonfabrik AG, the bank association of West Germany, and United Industrial Enterprises AG.[12] These are documented connections for both of these men. Indeed, Ter Meer’s’ connections to the pharmaceutical firm Bayer earned him a foundation named in his honor, the Fritz Ter-Meer Foundation.[13] Through all of this however, this writer could not confirm that either Ter Meer or Schmitz had direct connections to the creation of Codex Alimentarius.

However, Codex does nothing to dispel the allegations besides simply disagreeing with them and the connections are not at all implausible. Codex is very secretive about its beginnings, as evidenced on its website where it only states that it was created at the behest of the FAO and the WHO. It is highly unlikely that such an organization would be created without the assistance, input, and even funding of privately owned international corporations. Thanks to both the anti-Codex community and Codex Alimentarius itself, there is no evidence (again at least to this author) that documents which individuals or corporations were involved in its establishment. However, there are other ties that lend more credence to the belief that war criminals played a role in the creation of Codex.


Brandon Turbeville is an author out of Mullins, South Carolina. He has a Bachelor’s Degree from Francis Marion University where he earned the Pee Dee Electric Scholar’s Award as an undergraduate. He has had numerous articles published dealing with a wide variety of subjects including health, economics, and civil liberties. He is also the author of Codex Alimentarius – The End of Health Freedom

Be the first to comment on "The History of Health Tyranny: Codex Alimentarius, part 1"