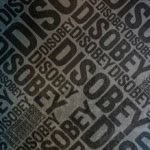 , he gives many examples of how seemingly small, insignificant decisions can radiate to cause an eventual wave of change that overtakes the prevailing modes of behavior.  He clearly extrapolates how the silent leaders of society — not the ones on TV, or the ones we appoint — set trends through their singular ability to recognize an underlying need, or change of direction.  It can be as simple as a clothing style, a type of cuisine, a new travel destination . . . or the need to change the world’s political course.

I believe there are signs that The Tipping Point for free humanity has been reached; from here on out, there will be an open dialogue between the forces of tyranny and the forces of freedom.

The idea that in order to recognize tyranny, you must force it to act as such is very much the case right now.  Humanity is rebelling worldwide to the dictates of Elite overlords and petty bureaucrats alike.  The small, silent statements of resistance have reached a classic tipping point.  Whether it is tax rebellion, free speech, freedom of religion, the freedom to speak out against endless war, women’s rights in oppressive regimes, or the freedom to grow one’s own food in peace, the small defeats and victories have become a sustained chorus of resistance to ever-increasing forces of control.  This chorus has coalesced from the choirs of different nations, different genders, different political affiliations, different races, and different socioeconomic positions.  This is the ultimate sign of a true tipping point:  critical mass has been reached.

The modern pantheon of enemies has now been identified, along with their demiurges, by even the most common of men. The enemies are the banking consortium; the global Elite born and bred from mega-wealth; the academics and economists who disconnect ideas from reality; and the scientific and military minds who are so compartmentalized by design that they rarely know what sort of dictatorship to which they are making their contributions. These are the groups that every man, woman, and child recognizes instinctively, because they are the same personalities encountered in our childhood. Until this point, these dictators have had the smugness to assume that the ones they view as the weak would cower forever.

These tyrants have vastly underestimated the power of numbers and the exponential factors by which simple numbers can increase to create a tipping point that can cause an overnight sea change. The few who had the most courage, while enduring mass ridicule, have spoken out for decades against a coming full spectrum tyranny.  These natural leaders are now raising their voices even louder and more urgently.  Some of these pioneers have withdrawn from their previous missions in acknowledgment of The Tipping Point; many have decided to redouble their efforts.  Regardless, little by little their collective audience has grown; whether in stadiums, or on Web sites, or in home discussion groups.  The numbers have swelled, prompting a massive fear response from tyrants who know (with their instincts) when an uprising is taking place.

So now we see tyranny emerging in its most blatant form: citizen spies; government COINTELPRO operations against peaceful assembly; technological surveillance of every stripe; and the jackbooted common thug promoted to the top of the class in order to enforce an increasingly regimented society where thought is an actual liability.

The good news is that it is already too late for the forces of tyranny; they have had their reign for long enough — The Tipping Point has been reached.  The previous fence-straddlers — even from the mainstream media — are now sounding the alarm.  And true patriots everywhere who have seen the writing on the wall for a long time coming are now sounding the charge.  Tyranny has been fatally weakened by its continual pursuit of the lowest common denominator.  All that remains is a hollow shell without the substance to counter a new Humanity tipping toward unbridled freedom.

Companion Article:
The Tipping Point Has Passed: Sweeping Change is at Hand

Other Articles From Michael Edwards:
Is Military Spending Saving Or Enslaving?
The Cybersecurity Directive Goes Viral
Activism in the Age of Tyranny and Terror
The Ultimate Betrayal: Police and Military Working Together to Oppress Americans
10 Reasons to Become Self-Sufficient and 10 Ways to Get There

Be the first to comment on "Tyranny’s Last Stand: The Tipping Point is Here"